Blender and SketchUp both are advanced modelling, sculpting and animation software used for creating different styles of animation, models, visual effects etc. They are used by different industries for different purposes ranging from advertisement to commercial production of animation works and marketing. They are also used in the civil and mechanical sectors to design buildings and machine components. They are used in designing assets for games and movies. Both come with robust sculpting, animation, texturing and visual effects features. There is always been confusion in choosing software for the work which would be best suited for them. So let’s understand the key differences between these softwares. 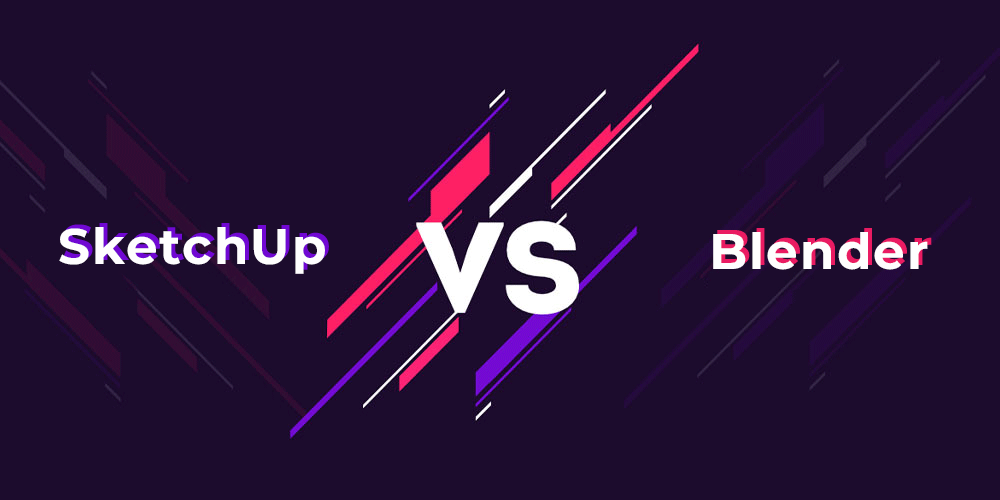 SketchUp is computer software which is used for making 3D designs and modelling 3D assets for different purposes like animated movies, games etc. It is one of the best software which comes packed with a robust toolset using which anyone can create 3D models of interiors, machinery,  products etc. Initially, it was released in 2000 and its stable version was released in 2019.

Blender is also an animation software developed by Blender Foundation. It is free and open-source software and it was initially released in 1994. It is written in different programming languages like C, C++, Python etc. It comes with tons of features like modelling, sculpting, UV unwrapping, rigging etc.

Following is a table of differences between Blender and SketchUp:

My Personal Notes arrow_drop_up
Previous
Convert Cubic Inch to Liters
Next
Difference Between Ethernet and SDH
Recommended Articles
Page :
SketchUp vs 3Ds Max
23, May 22
SketchUp vs AutoCAD
29, May 22
Rhino vs SketchUp
30, Jun 22
Flash vs Blender
05, Feb 22
3Ds Max vs Blender
20, May 22
Blender vs Maya
21, May 22
Cinema 4D vs Blender
07, Jun 22
ZBrush vs Blender
07, Jun 22
Blender vs Rhino
30, Jun 22
Why Quarrying has become a major environmental concern?
29, Sep 22
Android - Difference Between RecyclerView and ListView
25, Sep 22
What are National Parks?
24, Sep 22
Article Contributed By :