Silicic acid is a silicon, hydrogen, and oxygen compound. It is the parent component from which the silicates, a large family of minerals, esters, and salts, are derived. One of the most fundamental silicon compounds is orthosilicic acid. It is the smallest component of silica and silicates, which are the most abundant natural substances in the earth’s crust. Though its average concentration is low, orthosilicic acid is abundant in seas and rivers and plays an important role in the continental cycle of silicon through biotic and abiotic processes. Orthosilicic acid is also important for gramineous plant development and cellular metabolism, as well as the development of bone, connective tissue, skin, hair, and nails in humans and other animals. 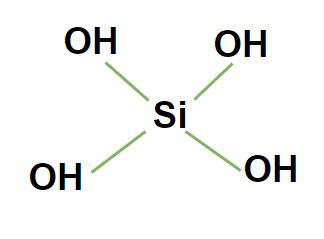 At room temperature, orthosilicic acid is stable in water as long as its concentration does not exceed the amorphous phase’s solubility limit (typically around 100 ppm, ca. 1 mM).

Question 2: For what reason is sodium silicate utilized in cleansers?

Detergents are used to clean surfaces in the home, as well as dishes and laundry. Many commercial detergents contain sodium silicate as a building material. By removing water hardness, sodium silicate helps to prevent mineral deposits on surfaces after washing.

Question 3: What are the advantages of taking silica supplements?

Silica is a substance made up of silicon and oxygen (SiO 2). Quartz, tridymite, and cristobalite are the three basic crystalline varieties. The following are the advantages of silica as an anti-inflammatory compound:

The small condensation compounds formed are disilicic acid, linear and cyclic trimers (trisiloxanes), and tetramers (tetrasiloxanes). These are important intermediates in the synthesis of advanced silicon oxide-based materials like mesoporous silica, zeolites, and silicones.

Question 5: What happens when silicic acid is heated?

Some silicate salts, such as sodium silicate, can be acidified in an aqueous solution to produce silicic acids. They lose water and form silica gel when heated.

Question 6: Is silicic acid the same as silica gel?

Supports and Adsorbents Silica gel, a partially hydrated silicon dioxide, is the most common adsorbent used in TLC, but other adsorbents such as cellulose, aluminum oxide, celite (kieselguhr), magnesium oxide, and zeolites are also available.