Each parameter (red, green, and blue) defines the intensity of the color between 0 and 255. The RGBA color values are an extension of RGB color values with an alpha channel which specifies the opacity for a color. The alpha parameter is a number between 0.0 (fully transparent) and 1.0 (fully opaque). 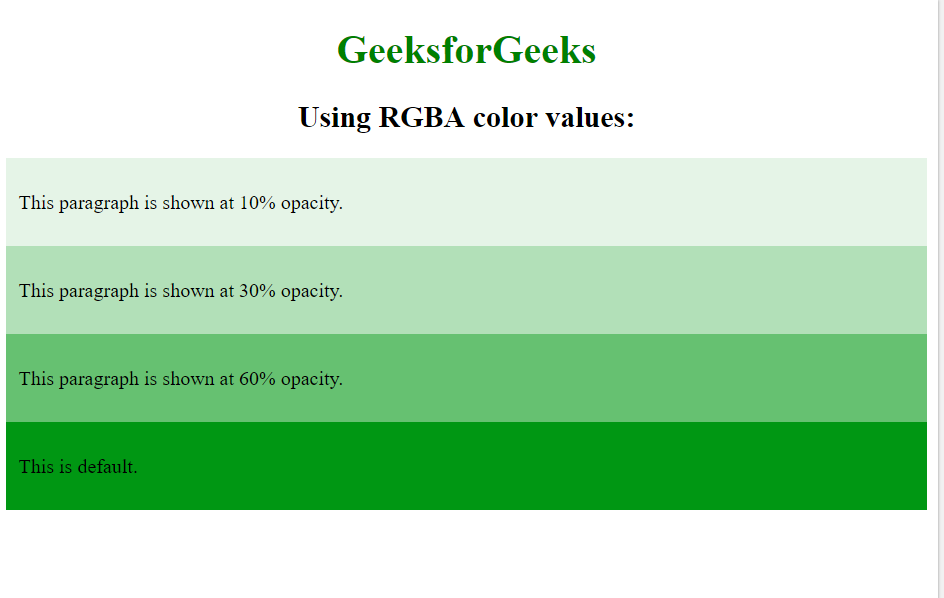 CSS is the foundation of webpages, is used for webpage development by styling websites and web apps.You can learn CSS from the ground up by following this CSS Tutorial and CSS Examples.