Introduction :
The Session Layer is the 5th layer in the Open System Interconnection (OSI) model. This layer allows users on different machines to establish active communications sessions between them. It is responsible for establishing, maintaining, synchronizing, terminating sessions between end-user applications. In Session Layer, streams of data are received and further marked, which is then resynchronized properly, so that the ends of the messages are not cut initially and further data loss is avoided. This layer basically establishes a connection between the session entities. This layer handles and manipulates data which it receives from the Session Layer as well as from the Presentation Layer. 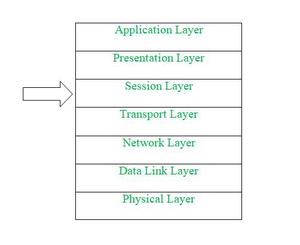 Working of Session Layer :
Session Layer, which is the 5th layer in the OSI model, uses the services provided by The transport layer, enables applications to establish and maintain sessions and to synchronize the sessions.
Now, in order to establish a session connection, several things should be followed.

First thing is we should map the session address to the shipping address. The second thing is that we need to select the required transport quality of service (also referred as QoS) parameters. Next thing is we need to take care of the negotiations which should happen between session parameters.
Then we further need to transmit limited transparent user data. Then at last, we need to monitor Data Transfer phase properly.
The ability to send larger amount of data files is extremely important and a necessary thing too.

Functions of Session Layer :
The session layer being the fifth layer in the OSI model performs several different as well as important functions which are need for establishing as well as maintaining a safe and secure connection. 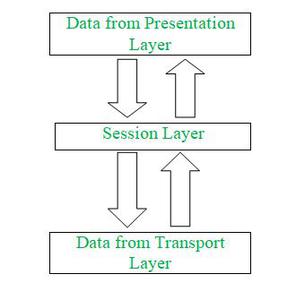 Session Layer Protocols :
Session Layer uses some protocols which are required for safe, secure and accurate communication which exists between two-ender user applications.
Following are some of the protocols provided or used by the Session Layer –