In recent years, we’ve seen a rapid rise in the use of technologies such as artificial intelligence, robotics, and other types of computing. These devices have many applications which have been able to assist us in our daily lives and businesses. What are some key benefits of these sequential programmable devices? They are efficient and reliable when it comes to working. They minimize the need for human supervision. They can also enhance employee productivity while allowing them increased flexibility at work. The technology has allowed companies to reduce hours that would otherwise be spent by employees who need manual or repetitive tasks completed on their own time or paid overtime, while still providing high-level services with minimal time needed by employees.

This article is an introduction to sequential programmable devices. We’ve identified some key benefits of these devices as well as some interesting applications in the modern world.

Sequential Programmable Devices (SPDs) are electronic circuits that are used for controlling mechanical devices or machines. They can be found in a variety of settings, from the most complex operations and tasks to simple machine control solutions. SPDs can also trigger actions such as counting, sequencing, and timing for other devices. These devices are used in a variety of industries including medical, industrial automation, aerospace and defense, military, consumer electronics, energy management systems, and transportation systems.

While sequential programmable devices have been used for a long time, they are relatively new to the modern era. They’ve become more common in the last 30 years or so due to their wide range of capabilities and benefits.

SPDs rely on a variety of theoretical methods to operate and interact with other devices. They operate based on their ability to reprogram their functionality through software programs that allow them to follow instructions and perform commands in one or multiple modes. These instructions can be sent through various means such as radio frequency, infrared data exchange, or simple push-button activations via a user interface such as an LCD display. The SPDs will then perform the specified action upon receiving the command.

SPDs have a wide range of functions. These include devices such as microcontrollers which can operate several devices in a controller and in turn serve as an interface for the user. In addition, SPDs allow for low-cost, fail-proof operations due to their ability to be reprogrammed. They also bring flexibility, reliability, and efficiency to a wide variety of modern systems while reducing the time required by employees.

As SPDs are programmed or reprogrammed via software, there are a variety of ways that these devices can be used in various settings. Some common applications include:

A Field programmable gate array is a type of electronic circuit designed to be reprogrammed in the field while it is still working. This alternative to general-purpose computers can provide several advantages. FPGAs can be used for tasks such as signal processing, encryption, ISP packet filtering, power supply design, and other areas where software typically cannot compete with hardware implementation. FPGAs are often applied in systems that require parallel computation capability such as voice-processing systems for telephony or music synthesis systems for audio.

In Summary, sequential programmable devices are versatile and allow for easy customization for a variety of different applications. Their ability to be reprogrammed has allowed them to go from being simple mechanical mechanisms used for the most menial of tasks, such as clocking machines or timing sequencing scripts or other tasks, to high-level electronic devices that can interface with other electronic devices and provide real-time monitoring and control system solutions. They are a relatively new technology that is still in development with many potential uses still unexplored. 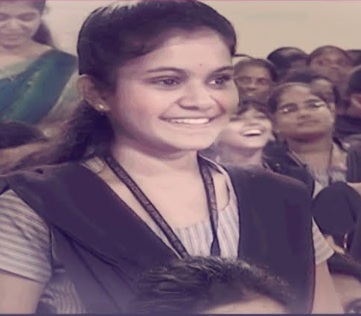