Morphology refers to the study of forms or external features of an organism. While studying the morphology of an organism we focus on its external appearance and on parts that are easily visible to the naked eye. Fruits, leaves, flowers, stems, and roots are the important part of a flowering plant which is included under the morphology of a plant. The plant body has two main systems the Root system and the Shoot system. The underground part of a flowering plant is called the root system. The portion above forms the shoot system. Approx. 3,00,000 species are included in the category of flowering plants. Wide diversity can be seen in this category. It is observed and believed by the ancestors that the first flowering plant was seen 140 million years ago. The most important part of the flowering plant is the flower which is also the reproductive part of the flower. When pollen from the male flower goes to the stamen of the female flower then fertilization will take place leading to the formation of seed.

Roots are that part of the plant which is responsible for providing the proper amount of nutrients to the whole plant body by absorbing from the soil. Another main track which is done by roots is aerating which helps in the proper growth and development of the plant. The roots grow into the soil and bear Primary, Secondary and Tertiary roots, and Root Hairs.

Types of the Root System 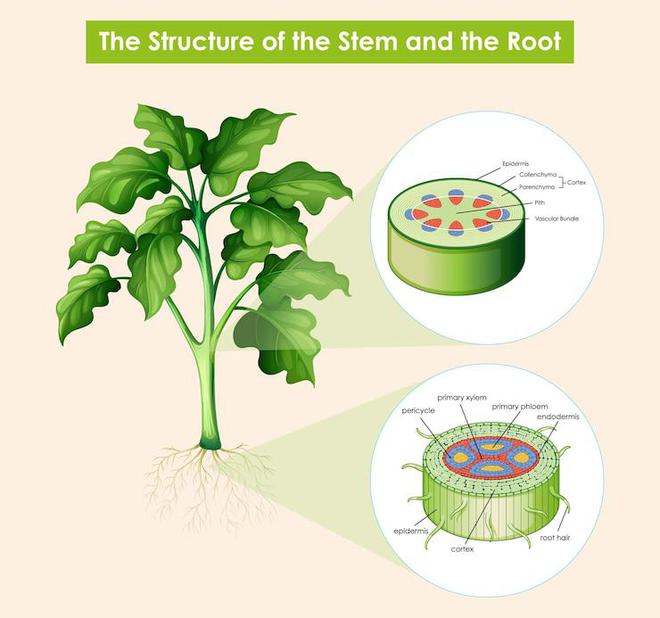 The main structure of vascular plants besides roots is the stem. Supply of dissolved substances to flowers, fruits, and leaves from roots is done by stems only. The area from one node to another is known as the internode. Stems help in giving support and in the growth of leaves, fruits, and flowers. The stem bears organs like Leaves, Flowers, Fruits, Branches, Nodes, Internodes, etc.

Principle appendage of any vascular plant or leaves. Collectively leaves are known as foliage. The color of leaves is dependent on the presence of the pigment in them if they have a green pigment called chlorophyll then the leaves will be of green color if another pigment is present then it will give color to the leaves accordingly. It is a lateral, flattened structure arising from the axial or below the node.

Most of the distinctive classes of patterns in nature are made due to phyllotactic spirals. There is a variety of different patterns in which the leaves are arranged in different plants which give them a unique appearance. It is the pattern of arrangement of leaves on the stem or branch. Its types are: 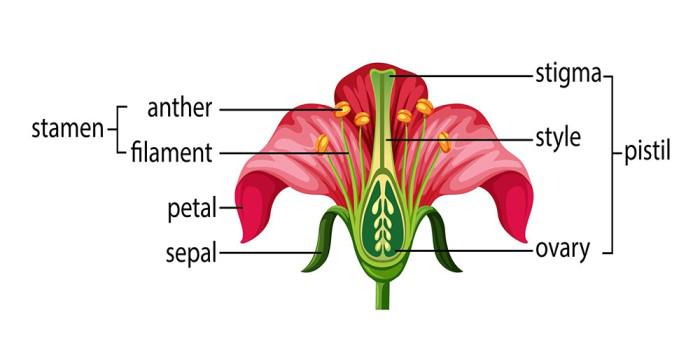 Bloom or blossom are the other names that are given to flowers. The main function of a flower is maintaining the genetic line by reproduction. No reproduction can be either asexual or sexual means the pollination can be self or it can be cross-pollination. In the case of self-pollination, both anther and stamen are present on the same flower, and in the case of cross-pollination, the anther and stamen are present on different flowers. The flower is the reproductive structure of a plant. It has a beautiful appearance and an attractive odor. It has four main whorls:

Calyx and Corolla constitute the nonessential whorls whereas Gynoecium and Androecium form the essential whorls. Calyx or basically the sepals are green tiny leaf-like structures that protect the flower in the bud stage. Corolla or the petals are large, attractive, colorful, and have a pleasant odor. They are meant for attracting insects and animals for pollination purposes. Gynoecium or pistil is the female reproductive whorl of the flower. It has three parts. The broad stigma serves as a landing platform for the pollen grains, the style which is a fine tube aiding in the transfer of pollens to the ovary and an ovary which is the female reproductive organ of the flower and produces the female gamete known as the egg. The Androecium or stamen constitutes the male reproductive whorl of the flower and has two parts. The pollen-producing anther is at the tip of a thin thread-like filament. Having learned the parts of flowers, let’s now learn how flowers are arranged on the plant.

Inflorescence refers to the arrangement of flowers on the plant. At the axis of a plant, flowers are formed which are a modified part of the seed plant. Variations in proportions, compressions, phyllotaxis, and internode are all can be included in the modification of plants. The two main types of inflorescence are as follows:

In plants it happens in summer, more or less it is similar to hibernation and animal dormancy where there is inactivity in plants and the metabolic rate is also decreased. The mode of arrangement of sepals and petals in a flower with respect to the other members of the same whorl is known as aestivation.

The arrangement of the ovules within the ovary is called placentation. The nutrients from maternal tissue are provided to the developing embryo by the placenta. It also removes waste from the embryo just like the function of the placenta in humans.  Its types are as follows:

Floral Formulas of Some Important Families

FAQs on Semi-technical Description Of A Typical Flowering Plant

Question 1: How are fusion and adhesion of floral whorls indicated in a floral diagram?

Question 2: How is the position of the mother axis represented?

The position of the mother axis to the flower is represented by a dot on top of the floral diagram.

Flower sepals are united together known as gamosephalus.

Question 5: Give some examples of the modification of stem with their function.