Alternatively, you may use any Python script that you’d like to schedule.


Note: Change your chrome_path according to the location on your system if you want to use the above Python Script.

Now there are two ways to schedule a script:

Example of the batch file:

Finally, save the Notepad with your file name and the “.bat” extension anywhere on your machine,  Eg –  ‘automation.bat’. 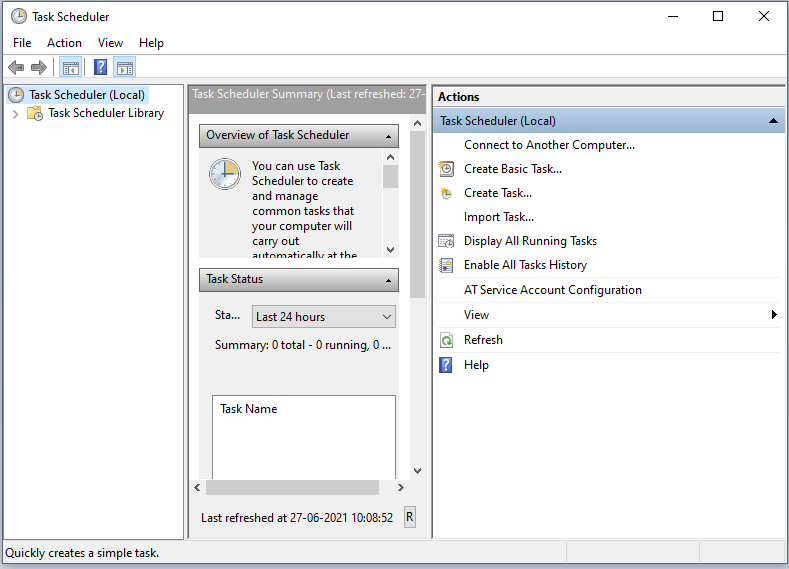 Step 2: Click on ‘Create Basic Task….’ in the Actions Tab. And give a suitable Name and Description of your task that you want to Automate and click on Next. 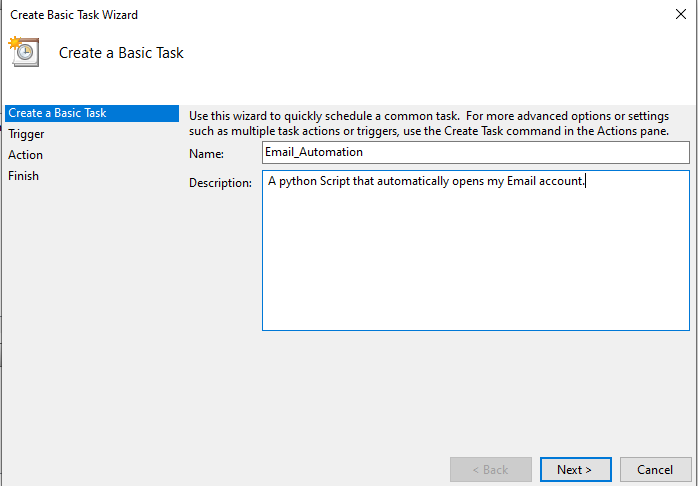 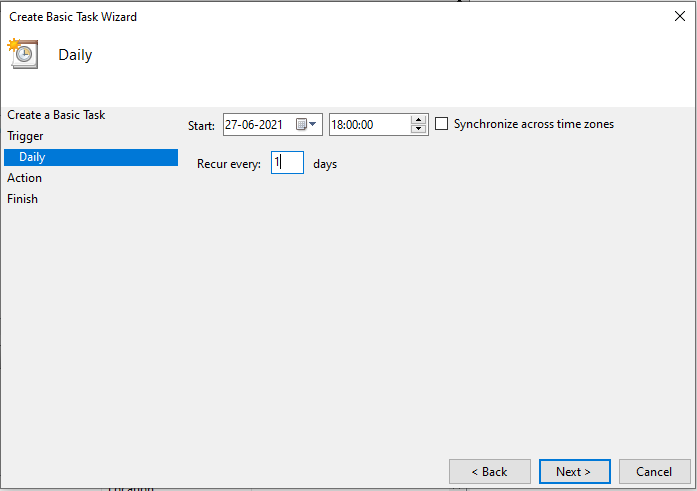 Step 4: In the next step, you need to select the ‘Start a Program’ option from the given options and then click Next. And there choose (Optional – for users who created Batch File) Now if you followed ‘Batch file step’, you just need to enter the file location of the Batch file you created followed by ‘\yourbatchfilename.bat’ in Program/Scripts field and click on Next and Finish your Task, your python Script will now run daily at your specified time.
In this section, you’ll need the file location of the following files:

Path of my python script  –  D:\Tutorials\Python

Step 5: Add respective file locations as shown in the figure below and arguments input, specify your python script name. 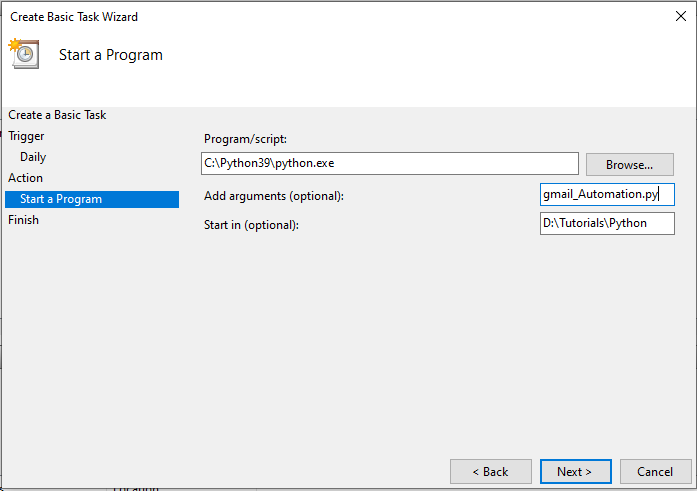 Step 6: In the next tab, you just need to verify your Inputs and then click on ‘Finish’. 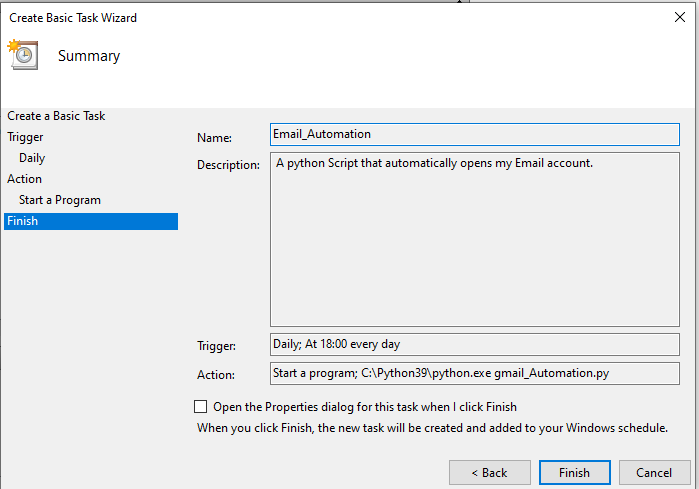 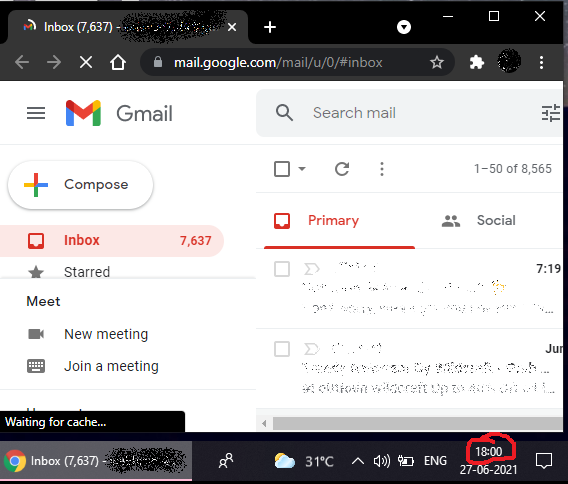 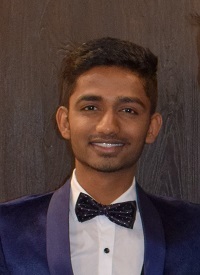