A translation needs to relate the static source text of a program to the dynamic actions that must occur at runtime to implement the program. The program consists of names for procedures, identifiers etc., that require mapping with the actual memory location at runtime. Runtime environment is a state of the target machine, which may include software libraries, environment variables, etc., to provide services to the processes running in the system.

The activation tree for this program will be: 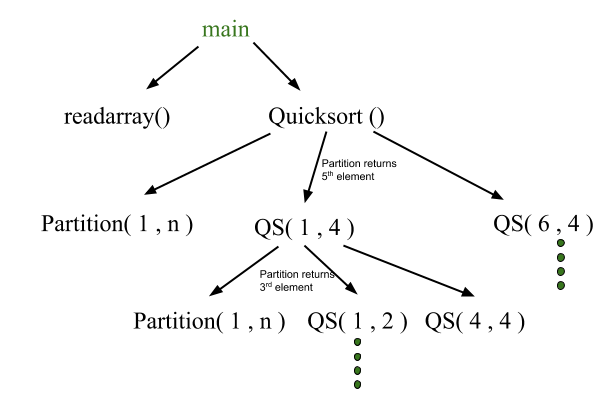 First main function as root then main calls readarray and quicksort. Quicksort in turn calls partition and quicksort again. The flow of control in a program corresponds to a pre-order depth first traversal of activation tree which starts at the root. 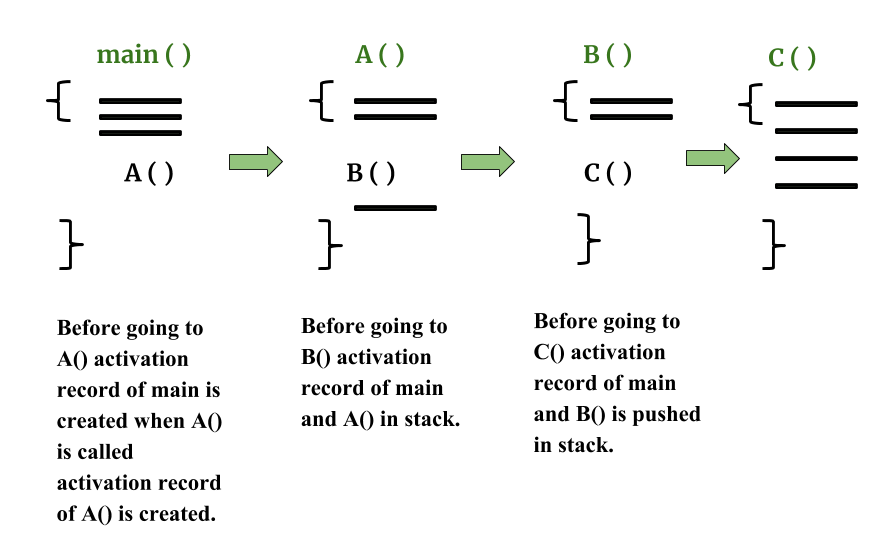 A general activation record consist of the following things: 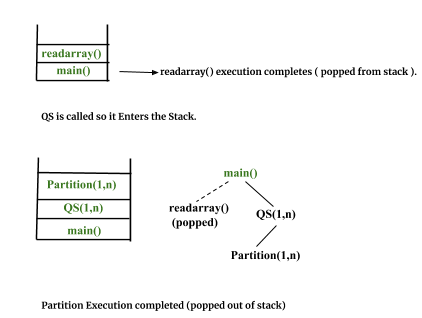 Control stack for the above quicksort example:

Runtime storage can be subdivided to hold : 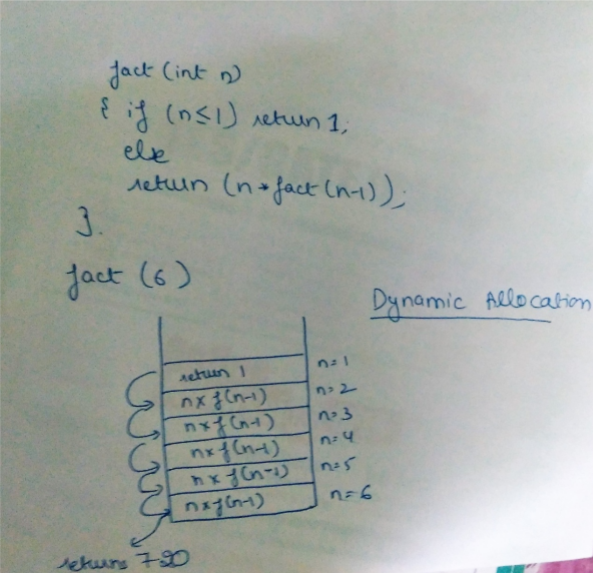 PARAMETER PASSING: The communication medium among procedures is known as parameter passing. The values of the variables from a calling procedure are transferred to the called procedure by some mechanism. 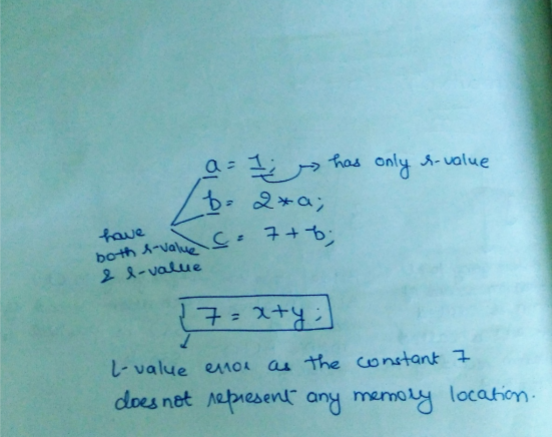 Different ways of passing the parameters to the procedure: 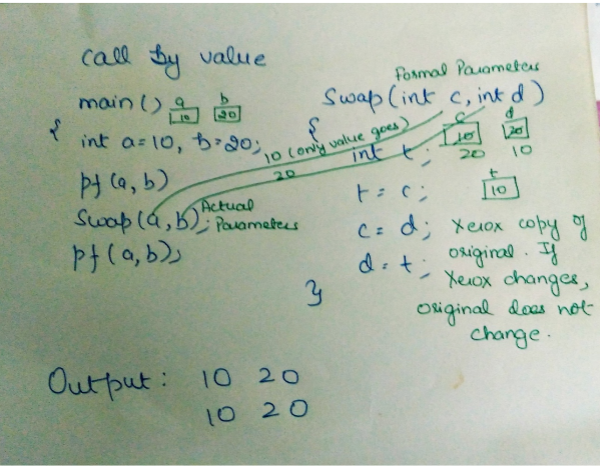 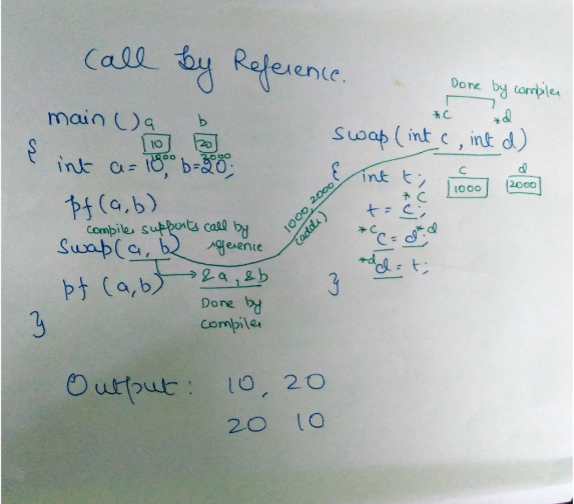 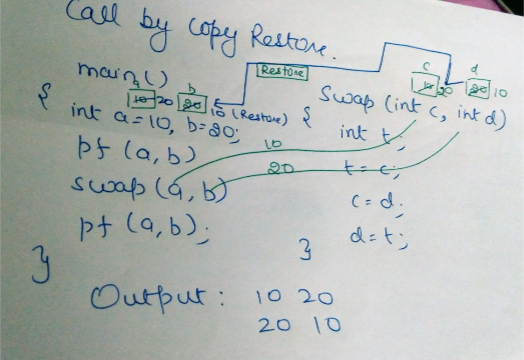 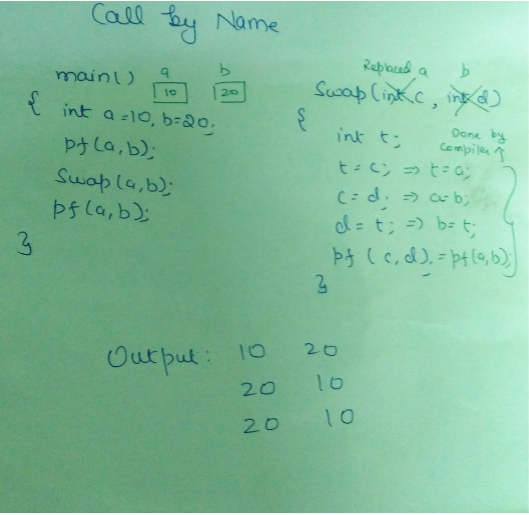