Digital Signature :
As the name sounds are the new alternative to sign a document digitally. It ensures that the message is sent by the intended user without any tampering by any third party (attacker). In simple words, digital signatures are used to verify the authenticity of the message sent electronically.

RSA :
It is the most popular asymmetric cryptographic algorithm. It is primarily used for encrypting message s but can also be used for performing digital signature over a message.

Let us understand how RSA can be used for performing digital signatures step-by-step.
Assume that there is a sender (A) and a receiver (B). A wants to send a message (M) to B along with the digital signature (DS) calculated over the message. 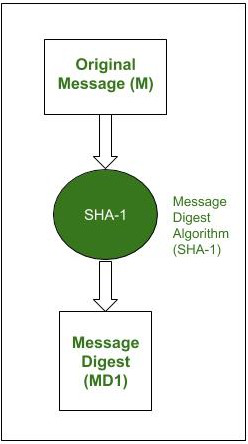 Step-2 :
A now encrypts the message digest with its private key. The output of this process is called Digital Signature (DS) of A.

Step-3 :
Now sender A sends the digital signature (DS) along with the original message (M) to B.

Step-4 :
When B receives the Original Message(M) and the Digital Signature(DS) from A, it first uses the same message-digest algorithm as was used by A and calculates its own Message Digest (MD2) for M. 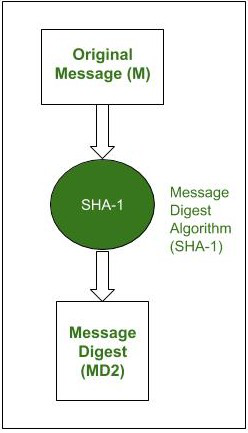 Receiver calculates its own message digest

Step-5 :
Now B uses A’s public key to decrypt the digital signature because it was encrypted by A’s private key. The result of this process is the original Message Digest (MD1) which was calculated by A.

Step-6 :
If MD1==MD2, the following facts are established as follows. 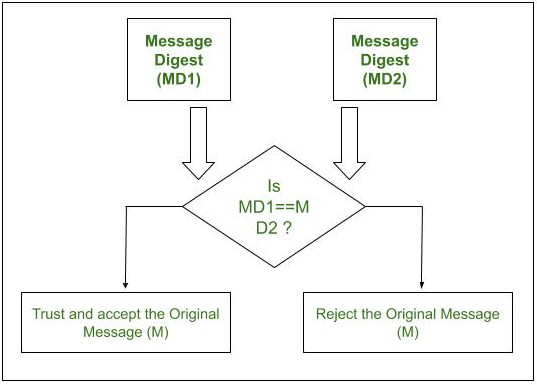 It also proves that the original message did not tamper because when the receiver B tried to find its own message digest MD2, it matched with that of A’s MD1.

Suppose a malicious user tries to access the original message and perform some alteration. Now he/she will calculate a new message digest over the altered message. It might concern you with data integrity and confidentiality but here’s the catch. The attacker will have to sign the altered message using A’s private key in order to pose as A for the receiver B. However, an attacker cannot sign the message with A’s private key because it is known to A only. Hence, the RSA signature is quite strong, secure, and reliable.

Attacks on RSA Signature :
There are some attacks that can be attempted by attackers on RSA digital signatures. A few of them are given below as follows.