In this article, we will see the robot framework and we will cover standard libraries and underlying functions, and going forward we will also cover test cases, keywords, variables,  and finally organizing the test cases.

Robot Framework is a common open-source automation framework for Acceptance Testing, Acceptance  Test-Driven Development (ATTD), and Robotic Process Automation (RPA). It uses a keyword-driven testing technology approach and the capabilities can be extended by testing libraries that can be implemented in Python or Java.

This is an advanced method rooted in business communication between customers, developers, and testers. They work in coordination and do acceptance testing before implementing the functionality.

It is a process of conveniently reduces human efforts in resonance with software that uses machine learning and artificial intelligence capabilities. RPA handles high-level repeatable tasks.

The architecture of the robot framework

The test data is simple to edit the table format when the robot framework is started. It executes the process data and generates logs and reports. The core framework does not know anything about the target under test and the intersection with it is handled by the libraries. Libraries can either directly use the application interface or use low-level testing tools as drivers. Robot Framework has a modular architecture that can be bundled and expanded with self-declared libraries. When execution begins, the framework parses the data before it. It then uses the keywords provided by the libraries to interact with the destination system. Libraries can intercommunicate orderly with the system or use other tools as drivers. Test or task execution starts from the command line. As an outcome, we get a report and log in HTML format as well as an XML output. 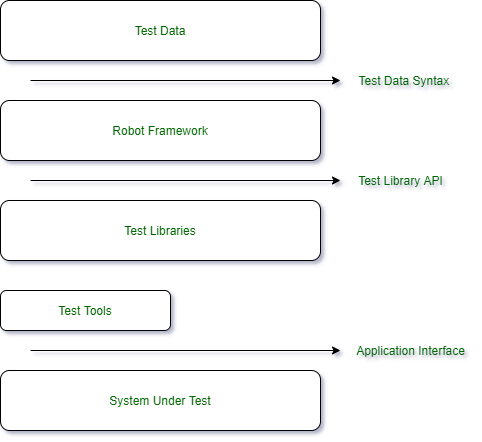 Check if Python is installed on your system.

After the well-turned installation, we should be able to see both interpreter and robot framework versions using the –version option.

There are a bunch of standard libraries in the robot framework. Let’s discuss one by one

There are mainly four built-in tools that are used in robot framework that are:

The test cases in the robot framework are allowed to write in simple English language rather than automated test cases. It follows a Keyword Test driven approach that resonates with natural language in terms of action rather than expectations. Test cases are created from available keywords in test case table and keywords can be imported from test library or resource file or we can also create a keywords table for test case file. 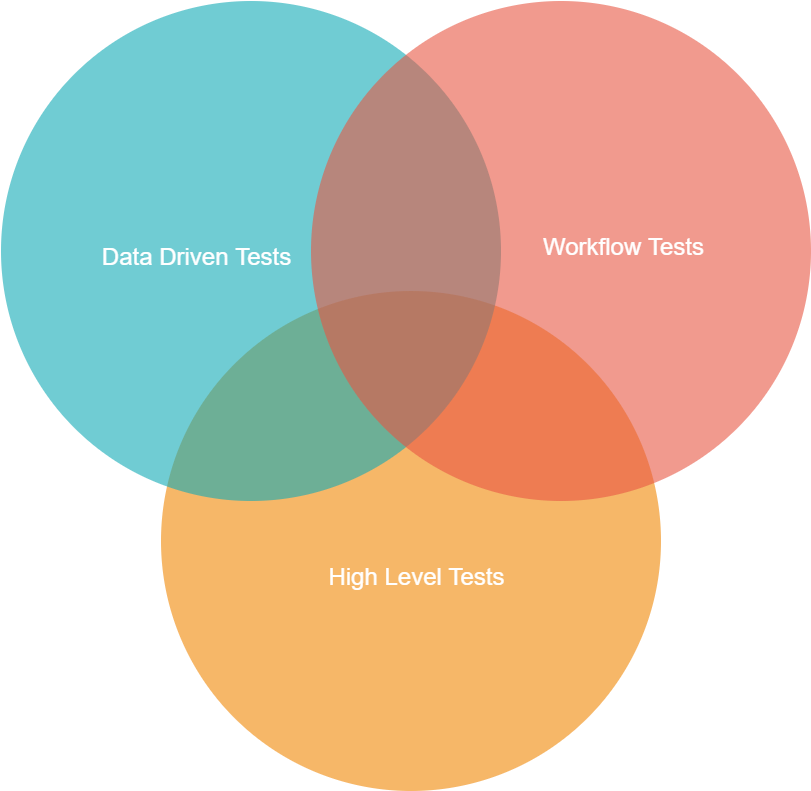 The first column in a test case table has the test names and the test case starts with something in the column and is continuous with the next test case name or the end of the table.

The second column usually contains a keyword name and the exception to this rule is to set variables with keyword written values.

Data-driven testing allows test data to be isolated without mimicking workflows. The [template] setting in the robot framework sets the test case for a data-driven test.

Test cases in Robot Framework are created with keywords coming from two sources. 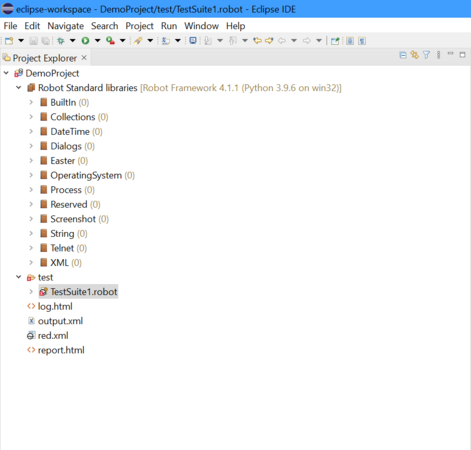 A simple test of the robot: 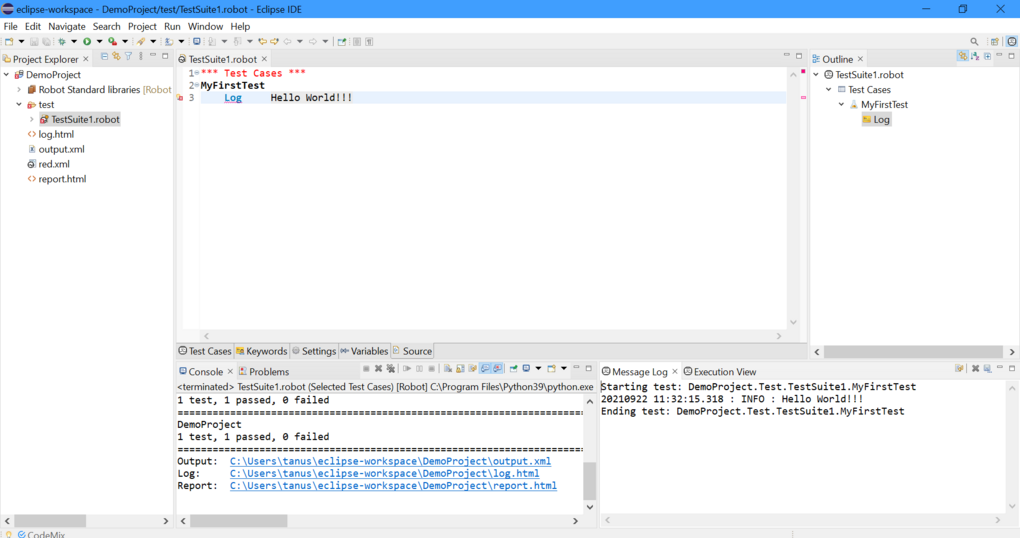 To run our Test Case, simply right click on the screen and select Run tests: ‘MyFirstTest‘, and the console will open

As we can see all the details about the test and we can see the output, log, and report by following the given address link

Here we can clearly see the project report, it gives the time of the report creation. It gives some summary information about the test like Status, Start Time, End Time, Elapsed Time, and Log File.

And we visit the Log File by clicking on the link given: 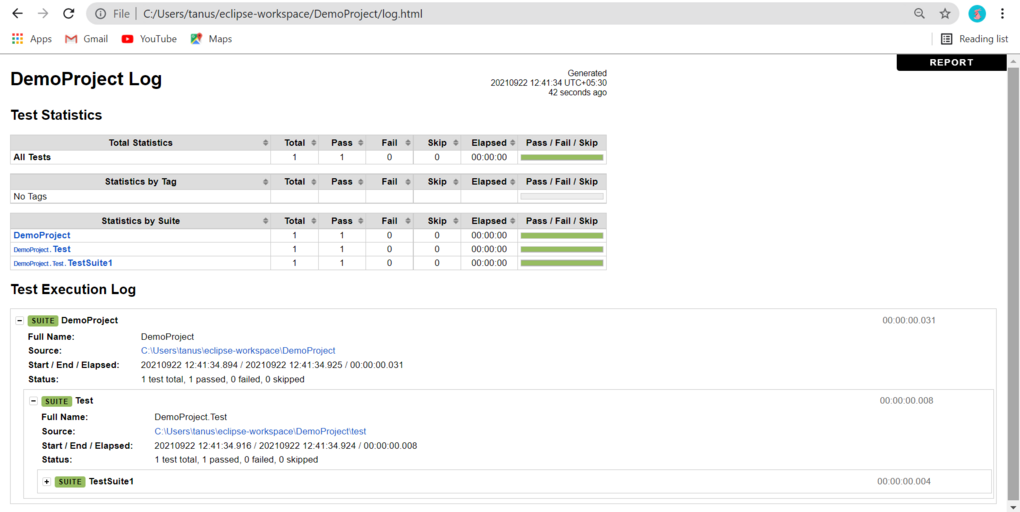 Here, we can see the statistics and also check the pass/fail/skip number of test cases. We can check the test execution log and test suite status.

Robot lacks support for if-else, nested loops, which are required when the code gets complex.

The Robot Framework is an open-source test automation framework for acceptance testing and acceptance test-driven development. The test cases in the robot framework are based on keywords written in a tabular format, which makes it clear and readable, and reveals true information about the intent of the test case. For example, to open a browser, the keyword used is “open browser”.