Inference algorithms based on resolution work utilize the proof-by-contradiction. To establish that is

unsatisfiable, we show that

is unsatisfiable. We do this by demonstrating a contradiction. 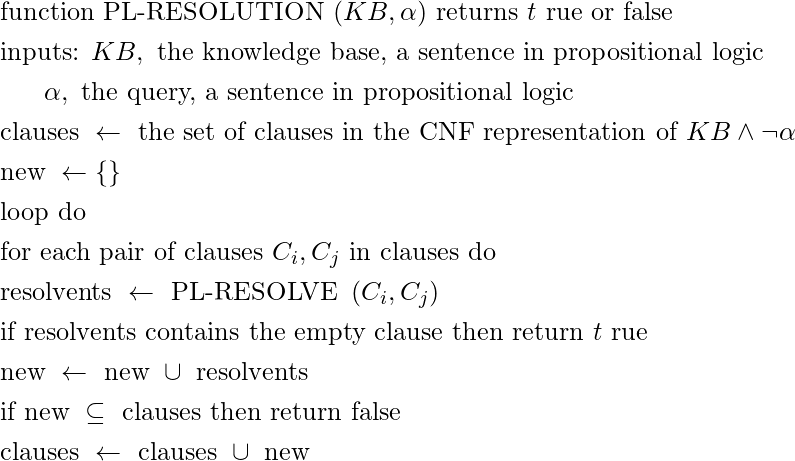 The equations above show a resolution algorithm. To begin,

is transformed to CNF. The resolution rule is then applied to the clauses that result. Each pair of complementary literals is resolved into a new clause, which is added to the set if it does not exist before. The procedure continues until either

Because a disjunction is true only if at least one of its disjunctions is true, the empty clause—a disjunction with no disjunctions—is identical to False. Another approach to recognize that an empty sentence is a contradiction is to notice that it only appears when two complementary unit clauses, such as 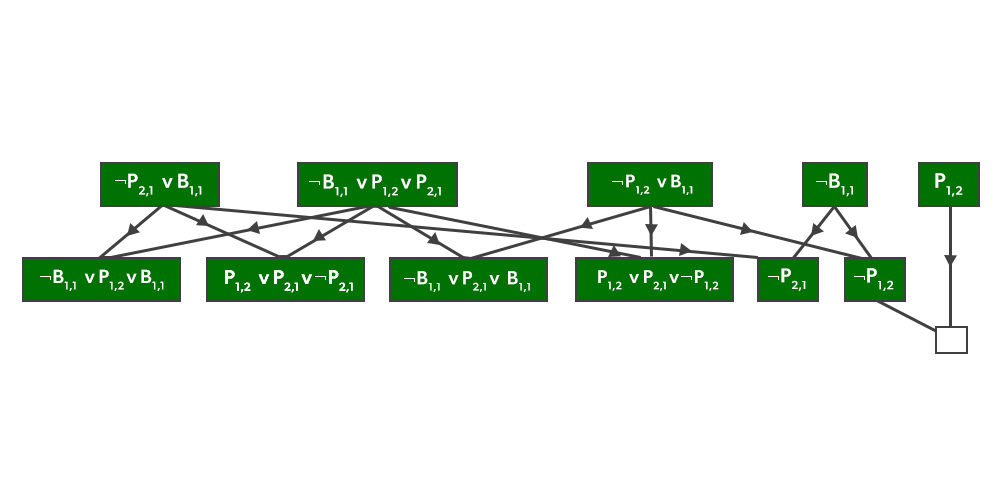 In the wumpus universe, we may use the resolution technique to solve a very easy inference. There is no breeze when the agent is in [1,1], hence no pits may form in nearby squares.

is the appropriate knowledge base, and we want to verify

. The clauses presented in the above figure are obtained by converting

into CNF. Clauses derived by resolving couples in the first row are shown in the second row of the picture. The empty clause, depicted as a little square, is obtained when

. The figure above illustrates that many of the resolution stages are unnecessary. For example, the phrase

. It’s not particularly useful to deduce that

is true. As a result, any phrase containing two complementing literals can be removed.