Remove all non-alphabetical characters of a String in Java

Input: str = “Hello, how are you ?”
Output: Hello how are you comma(, ), white space and question mark (?) are removed and there are total 4 words in string s. Each token is printed in the same order in which it appears in string s.

Non-alphabetic characters are basically any character that is not a number or letter. It can be English alphabetic letters, blank spaces, exclamation points (!), commas (, ), question marks (?), periods (.), underscores (_), apostrophes (‘), and at symbols (@). The approach is to use Java String.split method to split the String, s into an array of substrings. Then print each n words on a new line in the same order as it appears in String s. 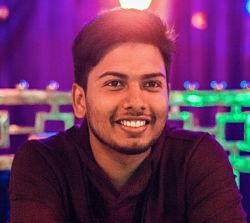