RUDP stands for Reliable user datagram protocol, whereas UDP is one of the core members of IP i.e internet protocol suite. UDP is used as a highly time-sensitive communicative protocol. R in RUDP stands for Reliable, it is a UDP-based data transfer but with higher Reliability. It provides reliability by using the sliding window protocol. RUDP is basically the solution to the UDP where data reliability along with confirmation is needed.

In UDP sender’s simply send a message without a piece of prior information about the receiver’s availability which results in a faster rate but it can result in the loss of some packages, also the receiver can receive duplicate packets and UDP also does not provide information that the package has been received or not. RUDP used a sliding window protocol that delivers or transfers the datagram with reliability.

The sending process and receiving process of the architecture both stand in the application layer. The sender server sends the data packets to the receiving channel using RUDP protocol; a window size is maintained by both the sender and the receiver, the window consists of some predefined value tending to maximum avoiding the communication errors taking all the edge cases where the packets can be dropped. 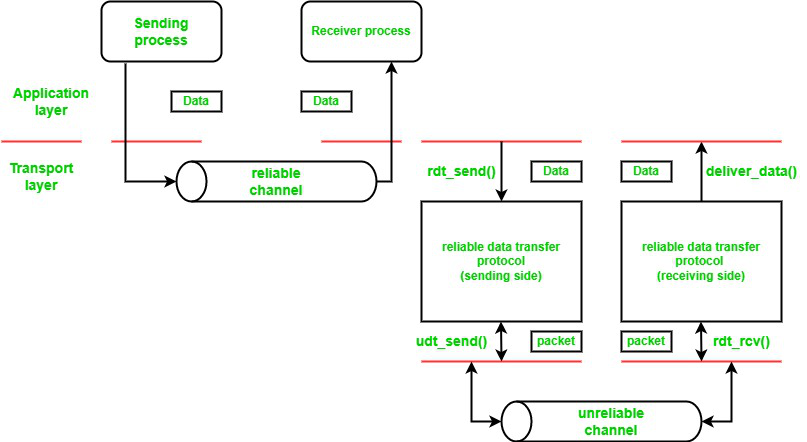 Use synchronized shared buffers using counting semaphores so that only one thread access the buffer at a time to prevent the deadlock situation from occurring.

Let’s keep two-variable called as the base and next to keep the track of the window functioning. If the sender sent’s the packet, the variable next is incremented to 1, this is the way of calculating the number of packets in the buffer.

The timeouts are handled using the timers which are scheduled immediately after sending the packet over the channel, simulate the packet loss rate and random network delay in the protocol.

packets are kept in a queue and assigned a value that values the system’s current time plus the network delay. When the current time of the system is associated with the assigned value the packet is freed from the queue and sent over the network. While the packet is sent over the network it gives an (ACK) acknowledgment. When the ack matches with the sequence number senders send another packet assigning it with the consecutive number.

Following are the classes that are used to implement the RUDP protocol:

Sliding window protocol also known as RUDP’s SWP on which RUDP is based, is used where the reliability comes into play and it is very much essential or for security reasons where the knowledge of data transferred along with confirmation is required. It works in segments which means it divides the provided data into segments then packets or data packets are prepared and sent over the network, resulting in when the receiver receives the package it checks the order of the packets and discards duplicates and after that, is sent it sends the acknowledgment to the sender for the correctly received packets.

There are 3 Sliding window Protocols:

The mathematics of frame calculation: 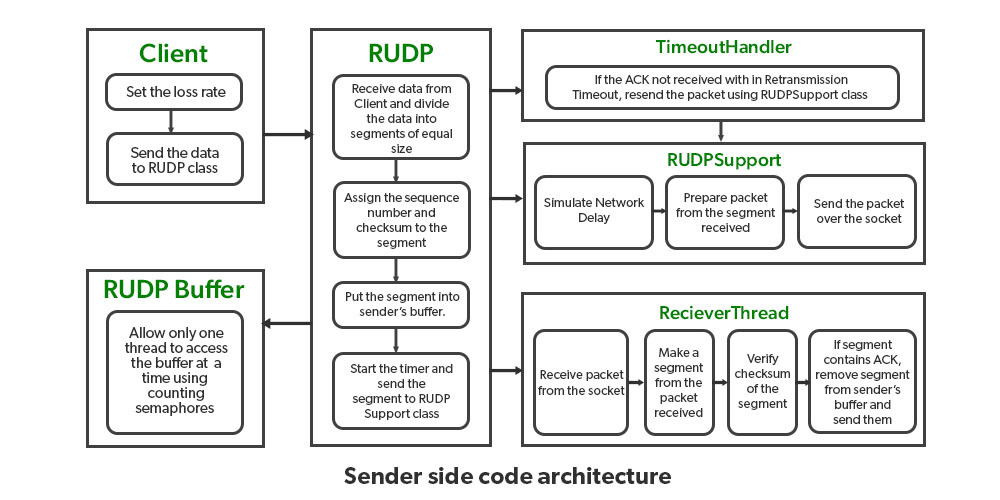 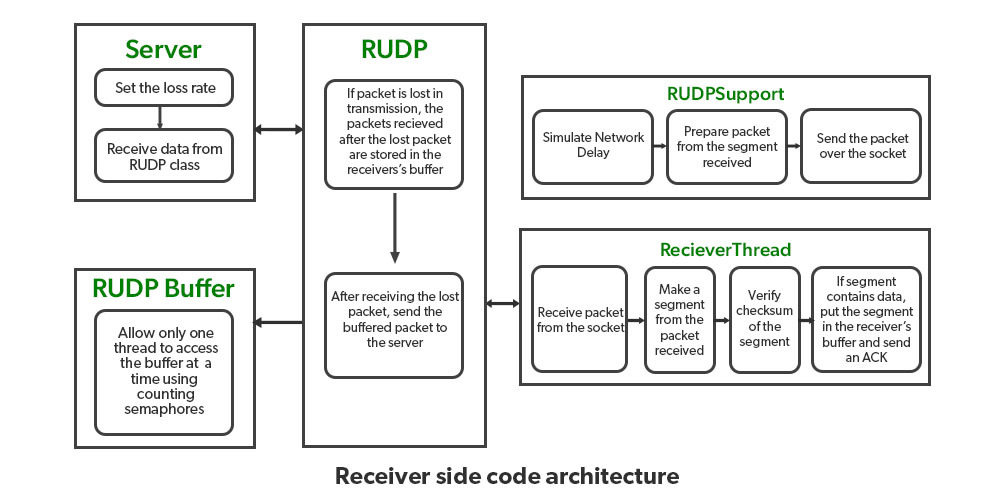