Regression and its Types in R Programming

Regression analysis is a statistical tool to estimate the relationship between two or more variables. There is always one response variable and one or more predictor variables. Regression analysis is widely used to fit the data accordingly and further, predicting the data for forecasting. It helps businesses and organizations to learn about the behavior of their product in the market using the dependent/response variable and independent/predictor variable. In this article, let us learn about different types of regression in R programming with the help of examples.

Types of Regression in R

There are mainly three types of Regression in R programming that is widely used. They are:

The Linear Regression model is one of the widely used among three of the regression types. In linear regression, the relationship is estimated between two variables i.e., one response variable and one predictor variable. Linear regression produces a straight line on the graph. Mathematically

Syntax: lm(formula)
Parameter:
formula: represents the formula on which data has to be fitted To know about more optional parameters, use below command in console: help(“lm”)

Example: In this example, let us plot the linear regression line on the graph and predict the weight-based using height. 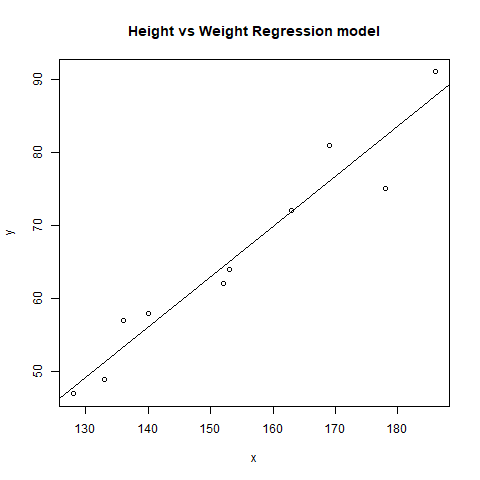 Multiple regression is another type of regression analysis technique that is an extension of the linear regression model as it uses more than one predictor variables to create the model. Mathematically,

Example: Let us create a multiple regression model of air quality dataset present in R base package and plot the model on the graph. 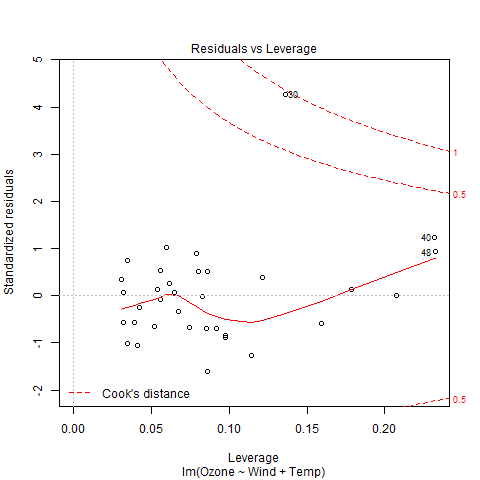 Logistic Regression is another widely used regression analysis technique and predicts the value with a range. Moreover, it is used for predicting the values for categorical data. For example, Email is either spam or non-spam, winner or loser, male or female, etc. Mathematically,

In R programming, glm() function is used to create a logistic regression model. 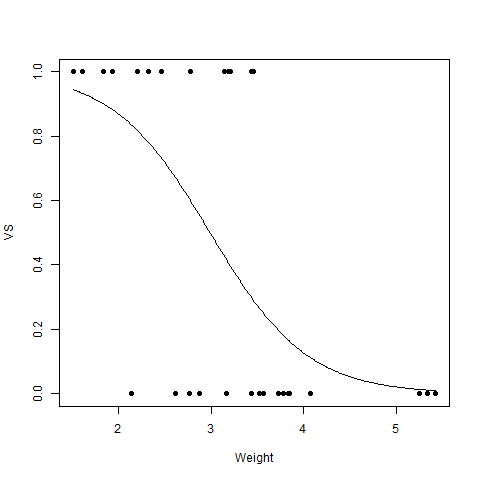