A microprocessor is a multipurpose, programmable, clock-driven, register-based electronic device that reads binary instructions from a storage device called memory, accepts binary data as input and processes data according to those instructions and provide results as output. A 8085 microprocessor, is a second generation 8-bit microprocessor and is the base for studying and using all the microprocessor available in the market.

The 8085 has six general-purpose registers to store 8-bit data; these are identified as- B, C, D, E, H, and L. These can be combined as register pairs – BC, DE, and HL, to perform some 16-bit operation. These registers are used to store or copy temporary data, by using instructions, during the execution of the program.

Example –
Here two binary numbers are added. The result produced is stored in the accumulator. Now lets check what each bit means. Refer to the below explanation simultaneously to connect them with the example. 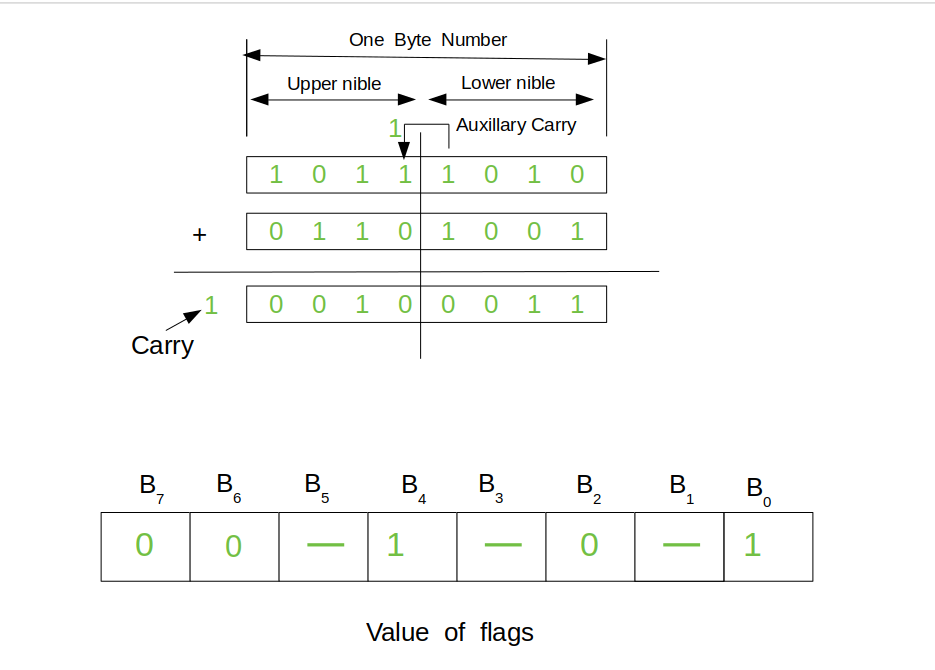