ReactJS Onsen-UI is a popular front-end library with a set of React components that are designed to developing HTML5 hybrid and mobile web apps in a beautiful and efficient way. AlertDialog Component allows the user to display an alert dialog on top of the current screen. We can use the following approach in ReactJS to use the Onsen-UI AlertDialog Component. 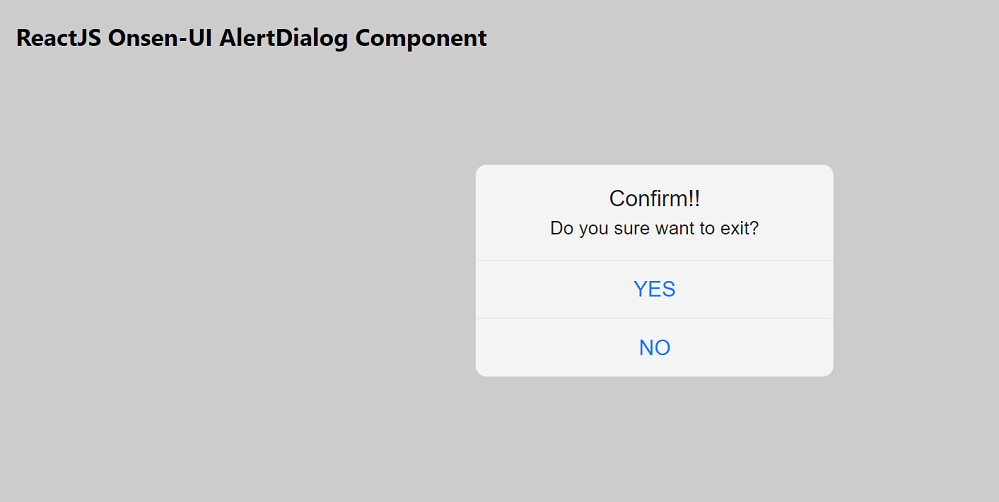