A Component is one of the core building blocks of React. In other words, we can say that every application you will develop in React will be made up of pieces called components. Components make the task of building UIs much easier. You can see a UI broken down into multiple individual pieces called components and work on them independently and merge them all in a parent component which will be your final UI.
You can see in the below image we have broken down the UI of GeeksforGeeks’s homepage into individual components. 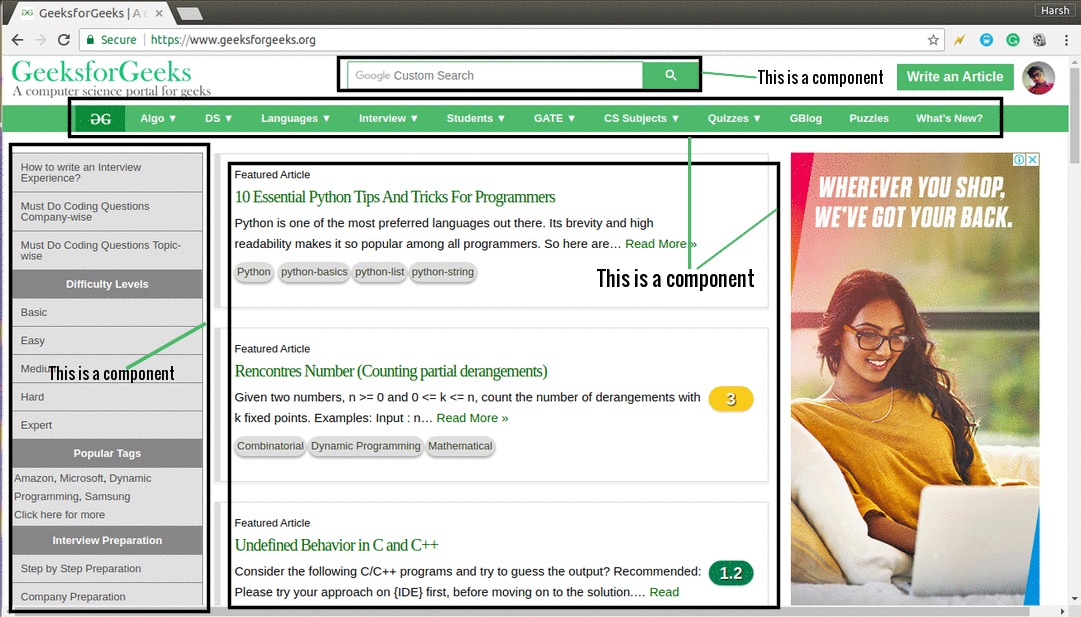 In the above syntax, the ComponentName is the name of the user-defined component.
Note: The name of a component should always start with a capital letter. This is done to differentiate a component tag with html tags.
Below example renders a component named Welcome to the screen:

Open your index.js file from your project directory, and make the given below changes: 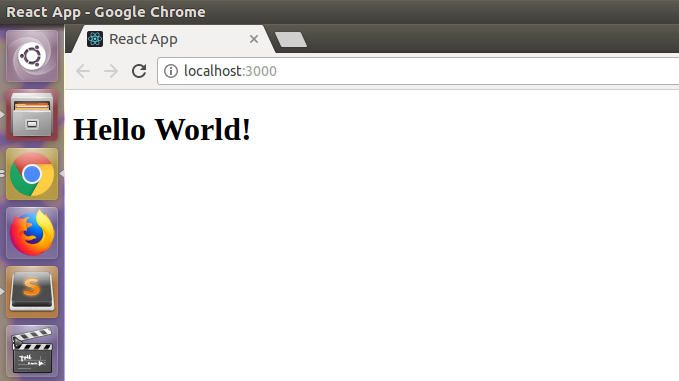 Let us see step-wise what is happening in the above example: