BlueprintJS is a React-based UI toolkit for the web. This library is very optimized and popular for building interfaces that are complex data-dense for desktop applications. Tag Component is used for categorizing or markup. Tags are great for lists of strings. We can use the following approach in ReactJS to use the ReactJS Blueprint Tag Component. 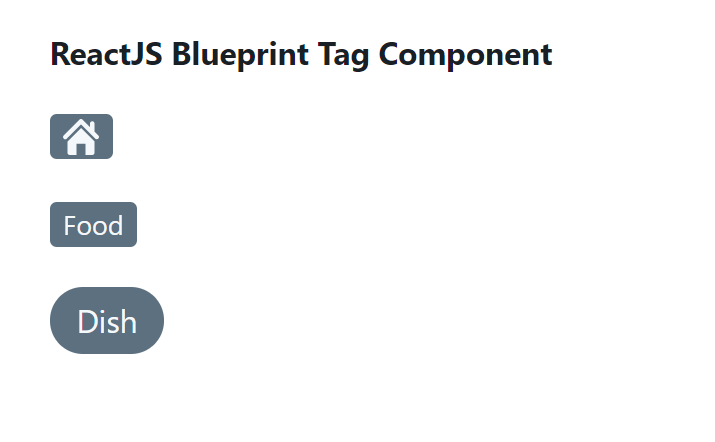