BlueprintJS is a React-based UI toolkit for the web. This library is very optimized and popular for building interfaces that are complex data-dense for desktop applications. Checkbox Component provides a way for users to toggle between checked, unchecked, and indeterminate states. We can use the following approach in ReactJS to use the ReactJS Blueprint Checkbox Component. 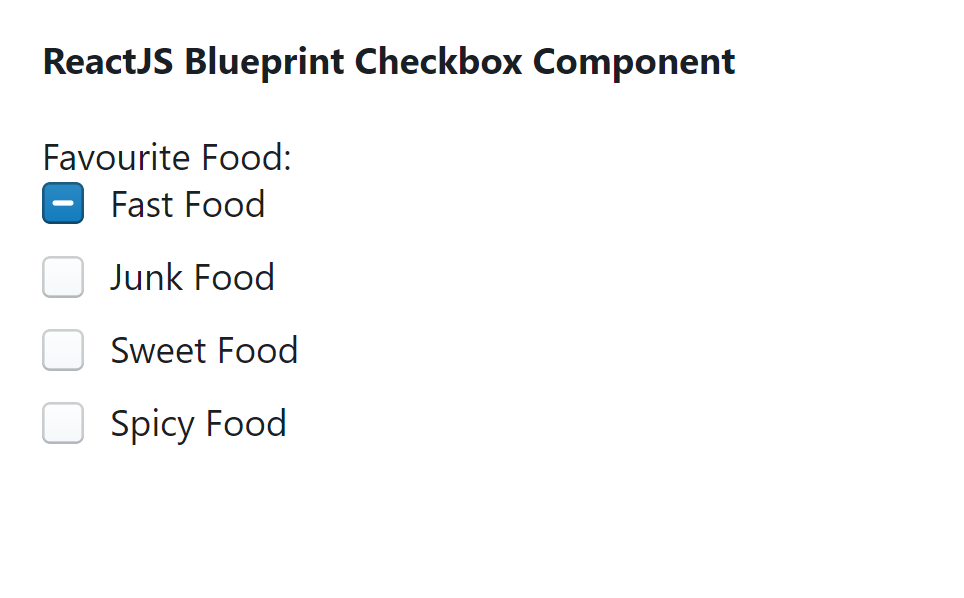