React suite is a library of React components, sensible UI design, and a friendly development experience. It is supported in all major browsers. It provides pre-built components of React which can be used easily in any web application.

In this article, we’ll learn about React suite Tooltip Follow Cursor. The tooltip component allows users to display informative text when users hover over, focus on, or tap an element. The follow cursor means that when the user hovers over a button, the tooltip component will follow the cursor.

Step 1: Create a React application using the given command:

Step 2: After creating your project, move to it using the given command:

Project Structure: Now your project structure should look like the following: 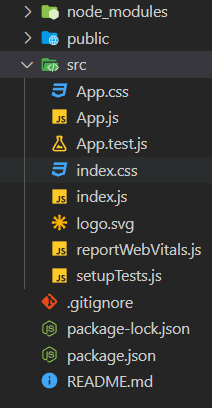 Example 1: Below example demonstrates the usage of the follow cursor tooltip component.

Example 2: Below example demonstrates the usage of the follow cursor tooltip placed at bottomStart.