React Suite Charts is a popular front-end library with a set of React components that are used to provide a set of charts based on rsuite and echarts. The FunnelChart component allows the user to provide data in the form of funnels. We can use the following approach in ReactJS to use the React Suite FunnelChart Component. 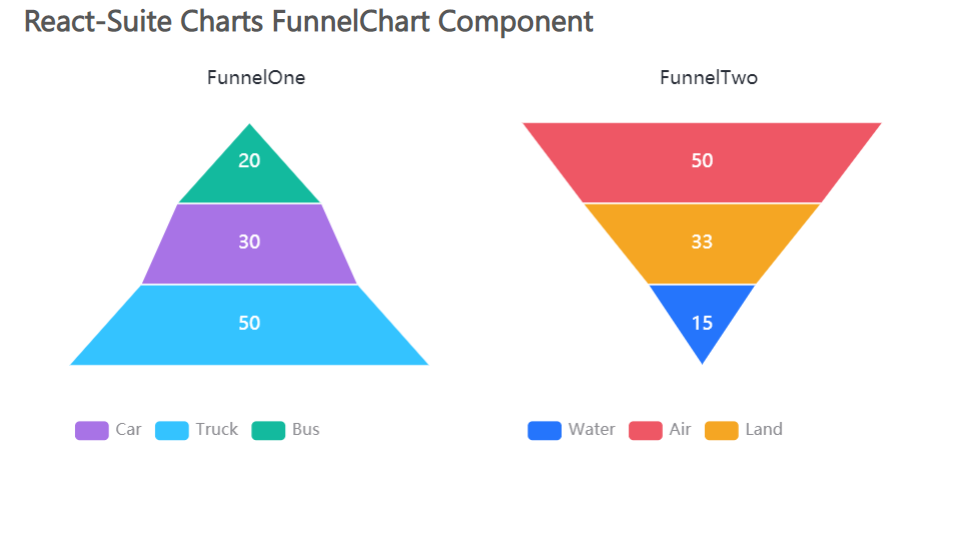