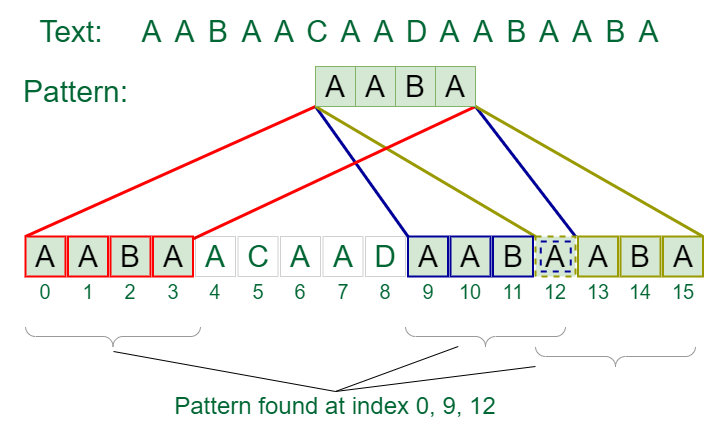 The Naive String Matching algorithm slides the pattern one by one. After each slide, one by one checks characters at the current shift, and if all characters match then print the match

Since we need to efficiently calculate hash values for all the substrings of size m of text, we must have a hash function that has the following property:

The number of possible characters is higher than 10 (256 in general) and the pattern length can be large. So the numeric values cannot be practically stored as an integer. Therefore, the numeric value is calculated using modular arithmetic to make sure that the hash values can be stored in an integer variable (can fit in memory words). To do rehashing, we need to take off the most significant digit and add the new least significant digit for in hash value. Rehashing is done using the following formula:

How does the above expression work?

Follow the steps mentioned here to implement the idea: