It was designed by Ross Ihaka and Robert Gentleman at the University of Auckland, New Zealand, and is currently developed by the R Development Core Team. R programming language is an implementation of the S programming language. It also combines with lexical scoping semantics inspired by Scheme. Moreover, the project conceives in 1992, with an initial version released in 1995 and a stable beta version in 2000. 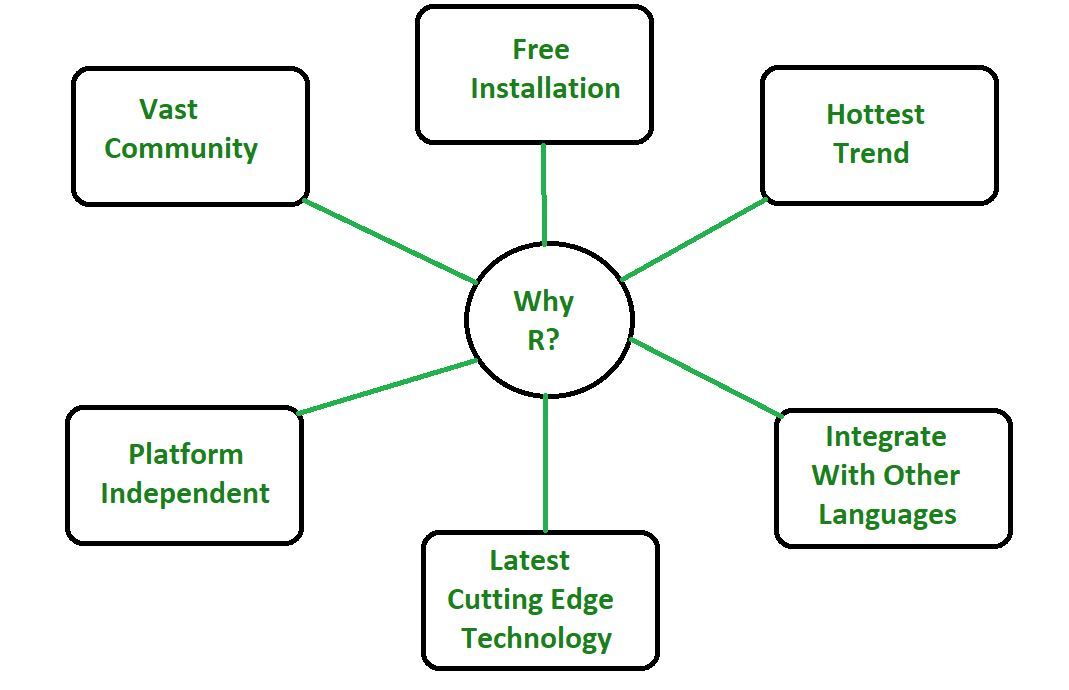 Since R is much similar to other widely used languages syntactically, it is easier to code and learn in R. Programs can be written in R in any of the widely used IDE like R Studio, Rattle, Tinn-R, etc. After writing the program save the file with the extension .r. To run the program use the following command on the command line:

R and Python both play a major role in data science. It becomes confusing for any newbie to choose the better or the most suitable one among the two, R and Python. So take a look at R vs Python for Data Science to choose which language is more suitable for data science.