Quadrilaterals can be defined as types of polygons that have four sides, four vertices, and four angles, along with a pair of diagonals. The Sum of interior angles of quadrilaterals is 360°. There are various kinds of quadrilaterals; the quadrilateral shapes themselves explain what type of quadrilateral it is. As the name itself suggest, the word is a combination of two Latin words ‘Quadri‘ means a variant of four, and ‘latus‘ means side. 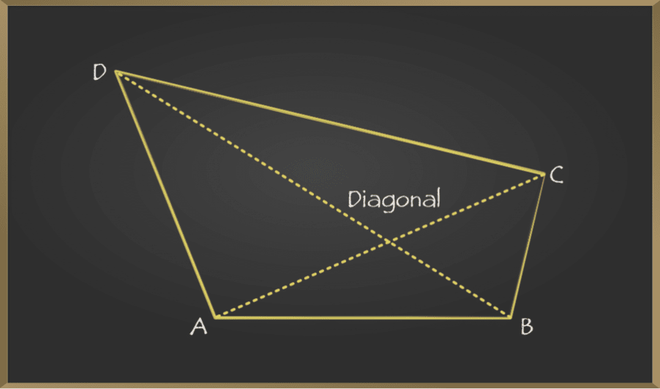 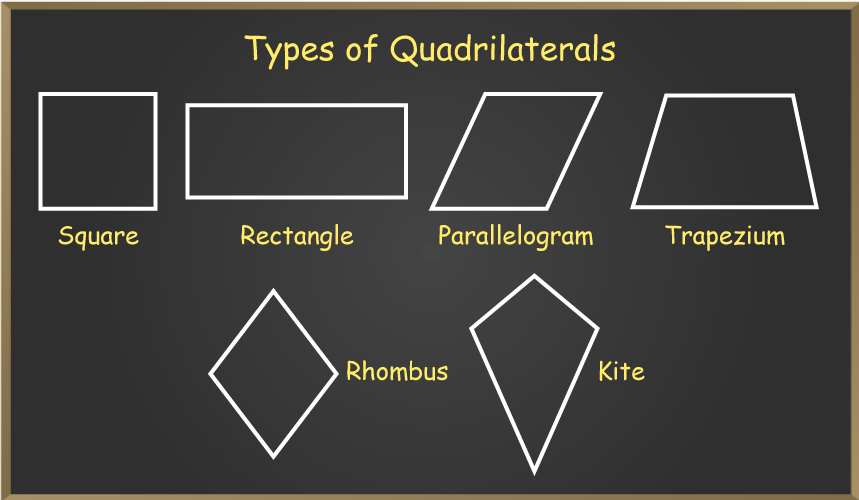 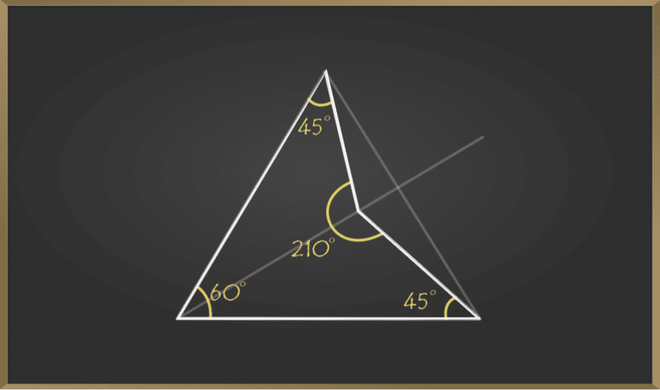 Quadrilaterals that have all four interior angles less than 180° are called concave quadrilaterals. There are various types of Convex Quadrilaterals: 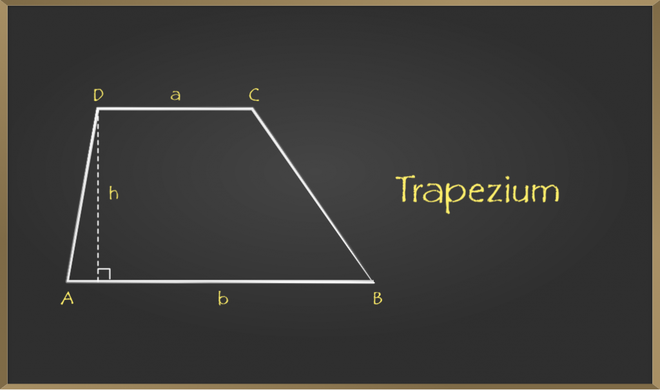 Kite has two pairs of equal adjacent sides and one pair of opposite angles equal. Diagonals of kites intersect perpendicularly. The longest diagonal of the kite bisects the smaller one. 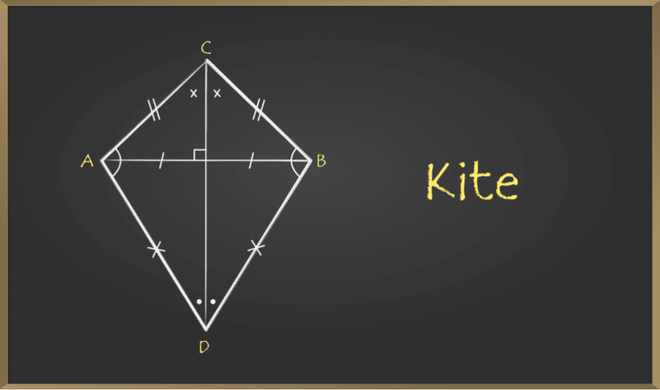 A quadrilateral whose opposite sides are equal and parallel is called a Parallelogram. Opposite angles of a Parallelogram are equal, and its diagonals bisect each other. 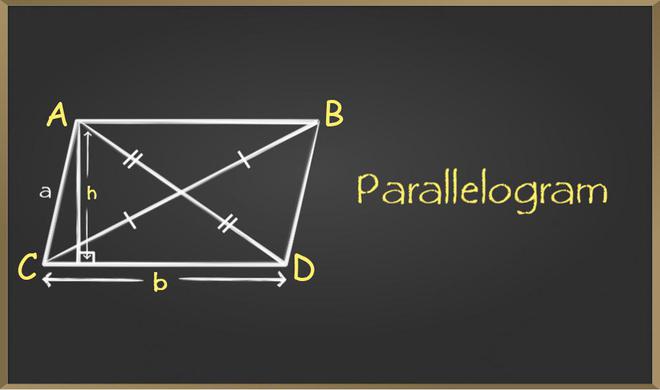 A quadrilateral whose opposite sides are equal and parallel and all the interior angles equal to 90° is defined as Rectangle. Diagonals of rectangles bisect each other. Note that all the rectangles are parallelograms, but the reverse of this is not true. The area of rectangle is length × breadth. 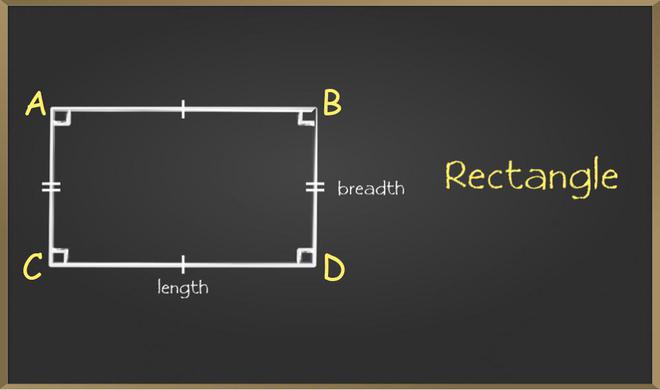 A quadrilateral that has all sides equal and opposite sides parallel is called Rhombus. Opposite angles of a rhombus are equal, and diagonals of the Rhombus bisect each other perpendicularly. Note all rhombus are parallelograms, but the reverse of this is not true. 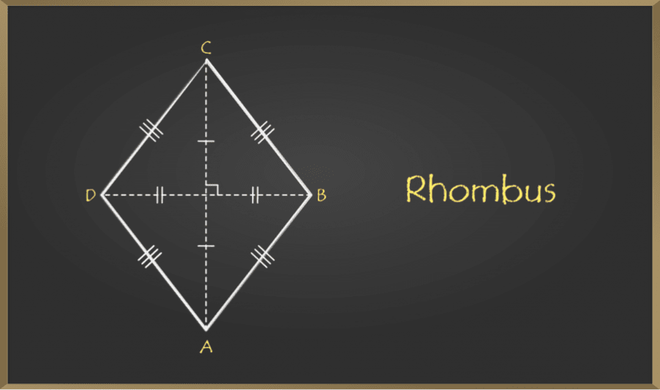 A quadrilateral that has all sides equal and opposite sides parallel and all interior angles equal to 90° is called a Square. Diagonals of squares bisect each other perpendicularly. Note that all squares are rhombus but not vice-versa. 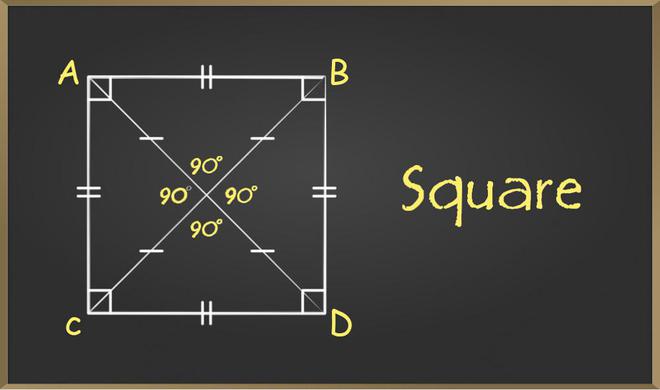 Perimeter = Sum of all sides

Hence length of shortest side is 7 units (i.e. CD).

We know that the Median of the trapezoid is half the sum of its bases.

Example 3: In a Parallelogram, adjacent angles are in the ratio of 1:2. Find the measures of all angles of this Parallelogram.

Let the adjacent angle be x and 2x.

We know that in of a Parallelogram adjacent angles are supplementary. 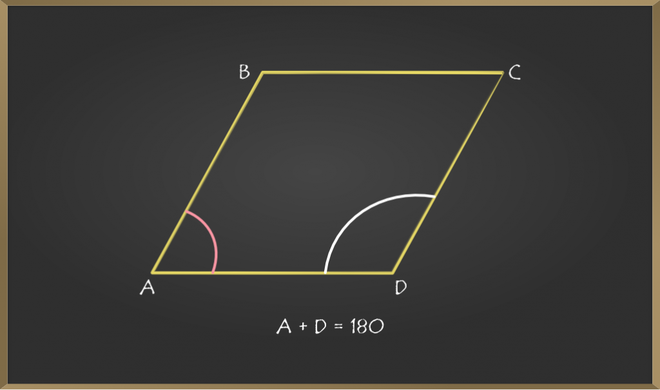 Also, opposite angles are equal in a Parallelogram.

We know that, rhombus has its all four sides equal.

Also, diagonals of Rhombus bisects each other perpendicularly. Hence in given picture AE = EC and BE = ED and ∠AEB = 90°.

Therefore, required length of another diagonal of rhombus is 10 units.

Question 1: What is a quadrilateral?

A quadrilateral can be defined as a type of polygon that has four sides, four vertices, and four angles along with a pair of diagonals. The Sum of interior angles of a quadrilateral is 360°.

Golden quadrilateral is the famous term given to the national highway that connects the major states and the industrial, agriculateral, and cultural centres of India. On the map, the shape of the highway is the shape of a quadrilateral.

Question 3: What is the sum of the interior angles of a quadrilateral?

Question 4: How to find the area of a quadrilateral?

The area of a quadrilateral is defined as the space covered by the quadrilateral shape in 2-dimensional space. The different types of quadrilateral have different formula for area according to their properties. For example, the area of square is a2 where, a is the side length, the area of rectangle is l × b, where l and b are the length and breadth respectively, etc.

Question 5: What is a cyclic quadrilateral?