Python program for removing i-th character from a string

Given the string, we have to remove the ith indexed character from the string.

In any string, indexing always start from 0. Suppose we have a string geeks then its indexing will be as –

Approach 1 : From the given string, i-th indexed element has to be removed. So, Split the string into two halves, before indexed character and after indexed character. Return the merged string.

Below is the implementation of above approach :

Approach 2 : The idea is to use string replace in Python 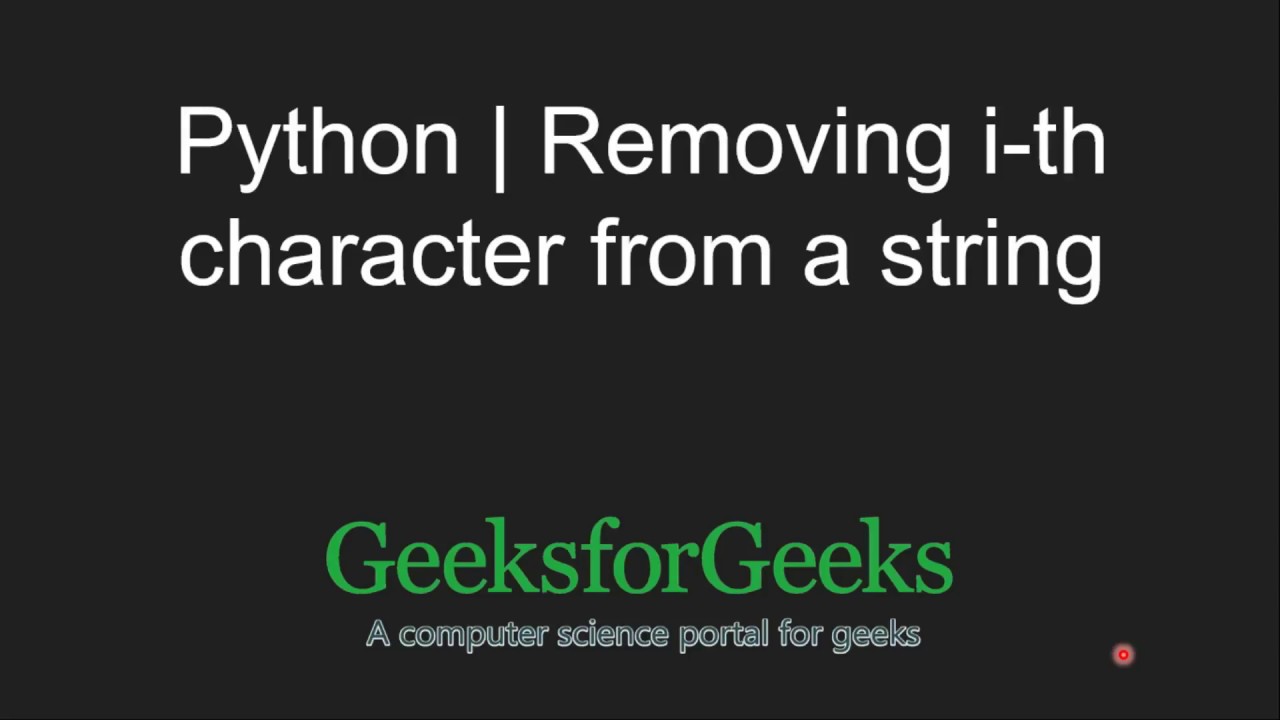