The Empirical Rule(also called the 68-95-99.7 Rule or the Three Sigma Rule) states that for any normal distribution, we have the following observations :

Below is a standard normal distribution graph with (mean = 0 and standard deviation = 1), illustrating the Empirical Rule. 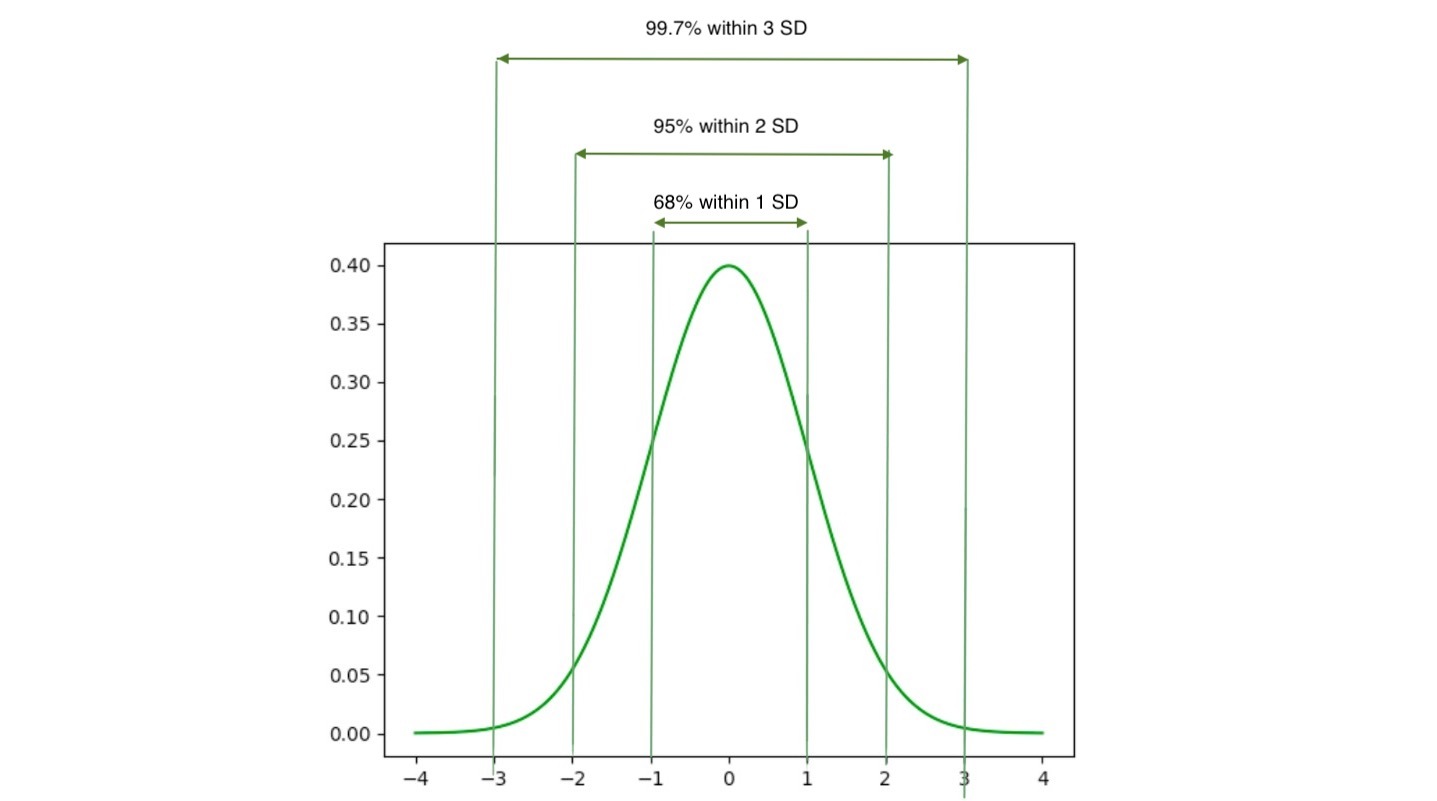 We, can verify this using functions provided by Python’s SciPy module.

We can use the cdf() function of the scipy.stats.norm module to calculate the cumulative probability(area under a distribution curve). 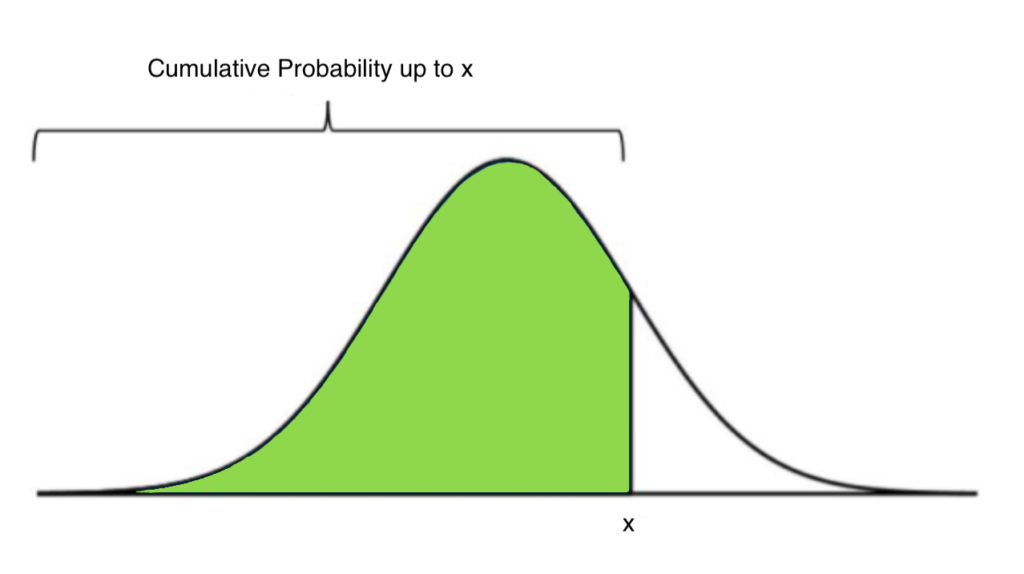 Below is the implementation :