On the earth carbon is the most important backbone for all life survival. The quantity of carbon we have now on Earth is the same as it has always been. For the synthesis of important compounds like protein and DNA, carbon is used. It can also be present in our atmosphere as carbon dioxide, or CO2.

Hydrogen is a non-metallic gaseous chemical element with atomic number 1 that is the simplest and lightest of the elements and is utilized in the processing of fossil fuels and the creation of ammonia, among other things.

Nitrogen is the element with atomic number 7 chemical element is a colourless, odourless unreactive gas that makes up around 78% of the earth’s atmosphere. Coolant liquid nitrogen (produced by distilling liquid air) boils at 77.4 kelvins (195.8°C).

Pyridine is a colourless fluid, a heterocyclic molecule with the chemical formula C5H5N. It’s a natural heterocyclic molecule that’s also known as Azine or Pyridine. One methane bunch has been replaced with a nitrogen particle, giving the structure a benzene-like appearance. It has an acidic, fishy, and nasty odour. Pyridine is made from ammonia, formaldehyde, and acetaldehyde, but most commonly it is made from unprocessed coal tar. It is a weak base that dissolves in water. It is flammable and toxic when inhaled or swallowed. Queasiness, asthmatic breathing, migraine, laryngitis, and coughing are some of the symptoms that Pyridine can treat.

Pyridine, like benzene, has a hexagonal C5H5N structure. The pyridine structure has shorter C-N ring bonds (137 pm for pyridine and 139 pm for benzene), reflecting electron confinement. The carbon-carbon bond of the pyridine ring is comparable to the carbon-carbon bond of benzene and is 139 pm in length. These bond lengths are typical of fragrant mixtures between the attributes of single and double interactions. 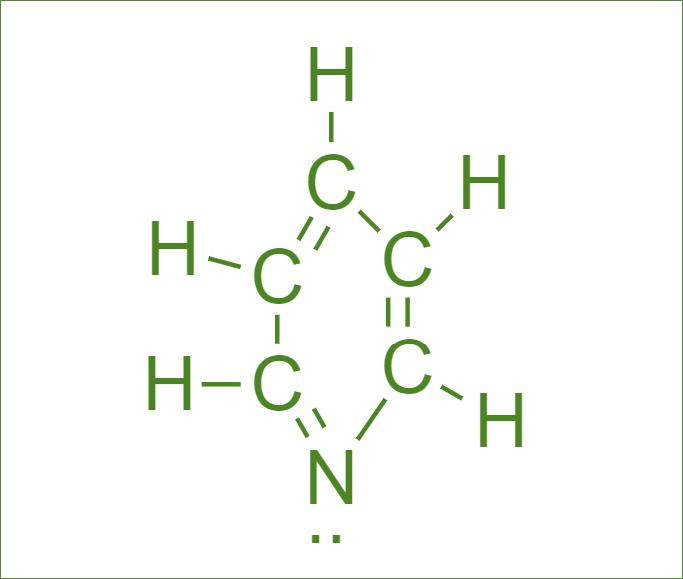 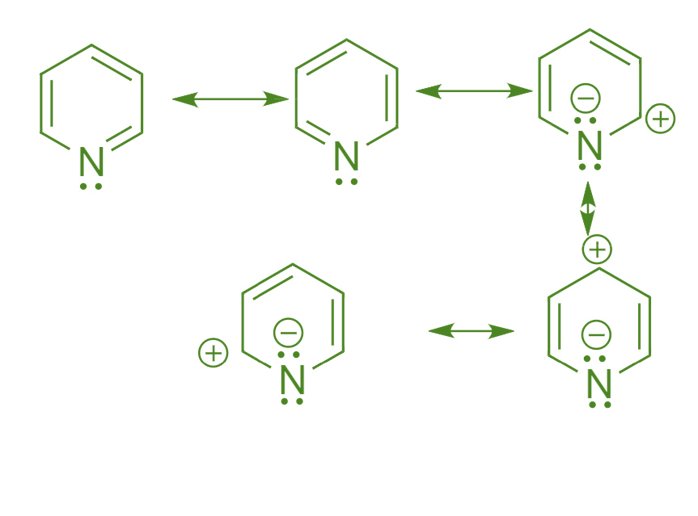 Pyridine and its simple derivatives are odourless, stable, almost unreactive liquids and have a strong osmotic odour. Pyridine is a hydrogen derivative of this ring. This is benzene with one of the CH or methine groups replaced by a nitrogen atom. The structure of pyridine is the same as that of benzene, except that CH is replaced by N.

At 300 degrees C, when pyridine reacts with sodium hydroxide 2-Hydroxypridine is formed which is a nucleophilic substitution reaction and the reaction is as follows-

Pyridine is a valuable substance used in almost all fields. It is more harmful if humans ingest it. By inhaling, ingesting, or ingesting substances that contain chemicals, pyridine can enter the human body. It can cause irritation to the nose after ingestion and also cause coughing and wheezing which causes health problems such as headaches, dizziness, and malaise, and even severe symptoms can be fatal. And more than half of the pyridine taken orally is absorbed by the body. In most cases, skin allergies can happen and cause a skin rash. Pyridine is a highly flammable substance and can pose a fire hazard.

Question 1: Explain if pyridine is an aromatic compound?

Pyridine is an odourless, colourless chemical. This is an aromatic chemical that is linked to benzene. Because the nitrogen atom forms a dipole in the molecule, an electrophilic reaction is unlikely to occur. Nucleophilic reactions take place at the meta location to prevent a positive charge from being deposited on the nitrogen.

Question 2: Is pyridine an effective nucleophile?

Pyridine is a natural nucleophile of carbonyl groups and is frequently employed as a catalyst in acylation processes. Because it is difficult to de locate the lone pair of electrons on nitrogen across the ring, the nitrogen atom in pyridine is nucleophilic.

Question 4: What is the process for making pyridine?

Pyridine is a chemical product made up of acetaldehyde, ammonia, and formaldehyde, which are mixed with a catalyst and heated to 250-500 degrees Celsius at atmospheric pressure. Pharmaceuticals, solvents, and colours all include it.

Question 5: Pyridine has how many resonant structures?

Question 6: What is pyridine’s significance?

This chemical is commonly used to dissolve a variety of other compounds. Pyridine is also used to create colors, pesticides, adhesives, pharmaceuticals, and a variety of other items. It’s also one of the most common nucleophiles for carbonyl compounds. Because the lone pair of nitrogen atoms cannot be delocalized around the ring, the nucleophilic nature of the ring is attributable to the presence of nitrogen atoms. It’s even utilized in chemical reactions as a catalyst. Pyridine’s physical and chemical qualities make it useful in chemical disciplines.

Yes, pyridine is water-soluble. Because of the strong hydrogen bonds, it dissolves in water. Also, amongst lone pairs, there are dipole-dipole intermolecular interactions, therefore pyridine dissolves in water. Pyridine is polar and soluble at any concentration of the solution, to put it another way. Furthermore, pyridine undergoes hydrophilic hydration at the nitrogen atom during this process. Because of features including volatility and water solubility, pyridine is considered very susceptible to dispersion in atmospheres.