A magician asks a person to select a card from a pack of 27 cards and return it back without showing it back to the magician. After the choice is made, the magician shuffles the pack and deals all the cards face up into three piles, one card to each pile in turn. The person is now asked which pile contains the card. The pile is then placed between the other two piles and without any shuffling, the cards are again distributed again into three piles. The same procedure is repeated again and for the final time the cards are distributed in three piles and the person is asked about the pile containing the card. The magician then names the selected card. Explain the trick. 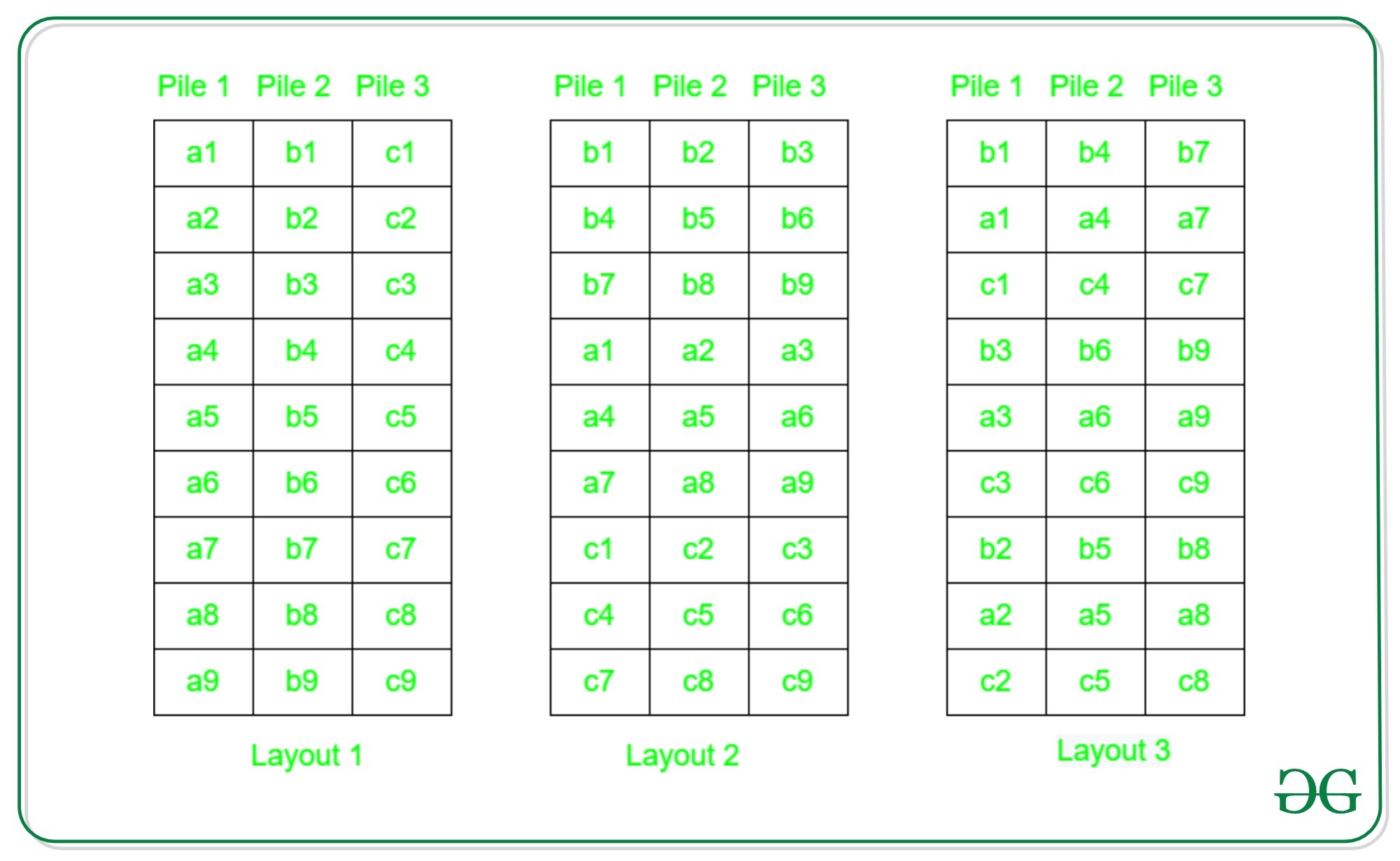