Puzzle: There are two trains(Train A and Train B) running on the same track towards each other at a speed of 100 km/hr. They enter a tunnel 200 km long at the same time. As soon as they enter, a supersonic bee flying at a rate of 1000 km/hr also enters the tunnel from one side (say Train A side). The bee flies towards the other Train B and as soon as it reaches the train B, it turns back and flies back to the Train A. This way it keeps flying to and fro between the Trains A and B. The trains collide after a certain point of time leading to a massive explosion. The task is to find the total distance travelled by the bee until the collision occurred. 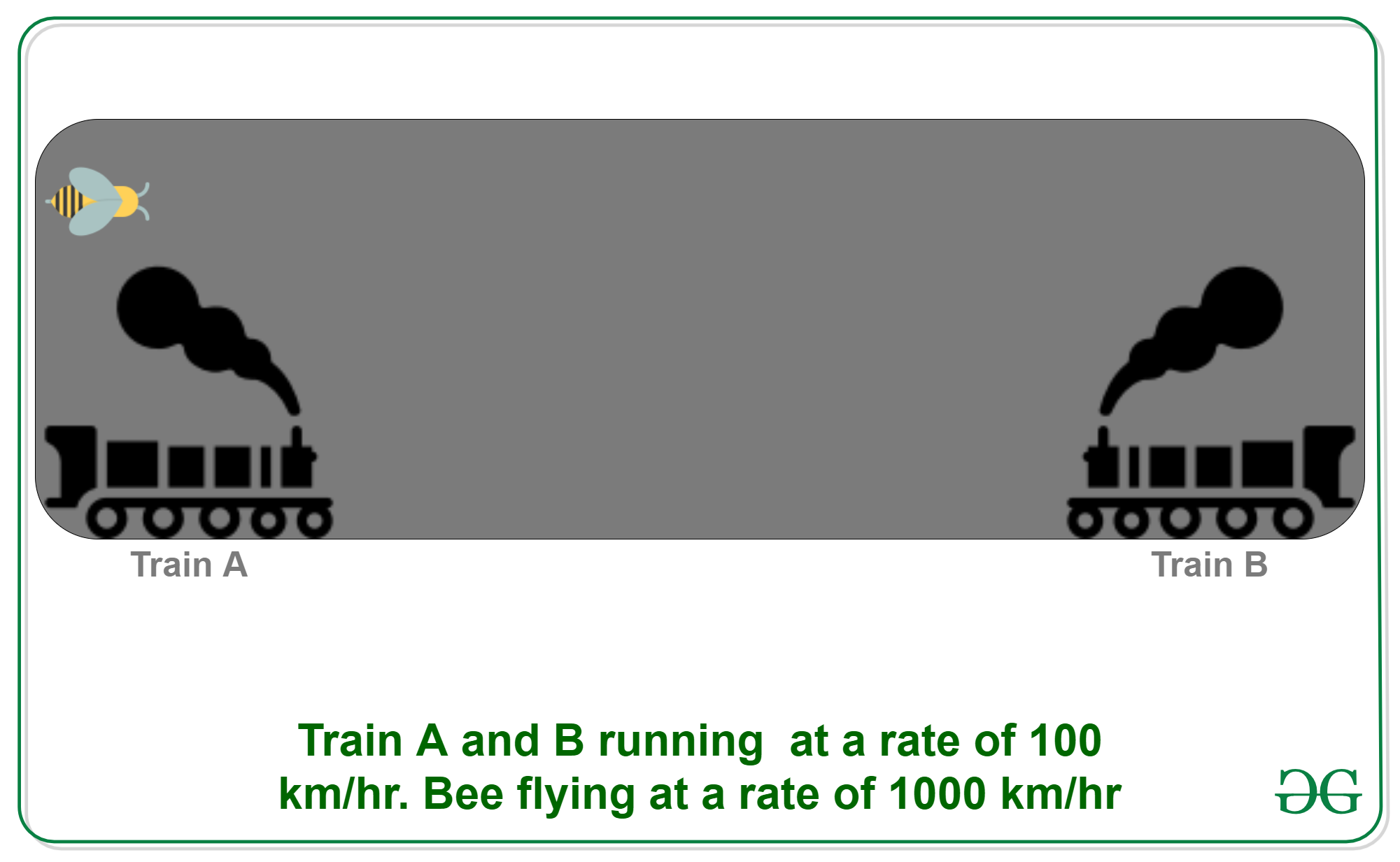 Solution: This puzzle can be solved with the help of physics and observation. 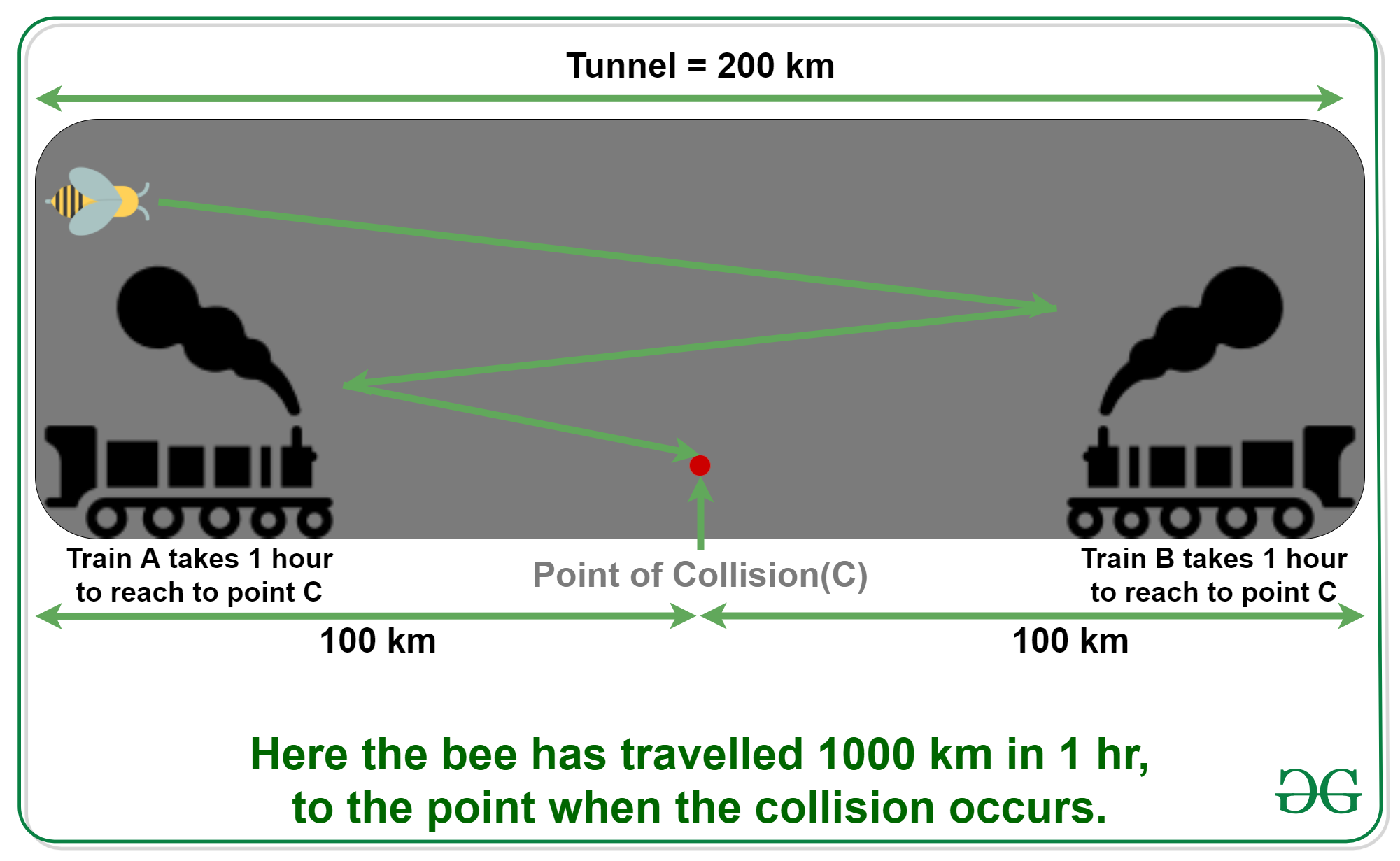 Therefore the bee must have travelled the said distance 1000 km until the collision.