Puzzle: There are 3 dragons. One of them always speaks the truth, one always lies and one alternate between truth and lie. A series of conversation takes between Ram and the 3 dragons which lets you identify the nature of each dragon. 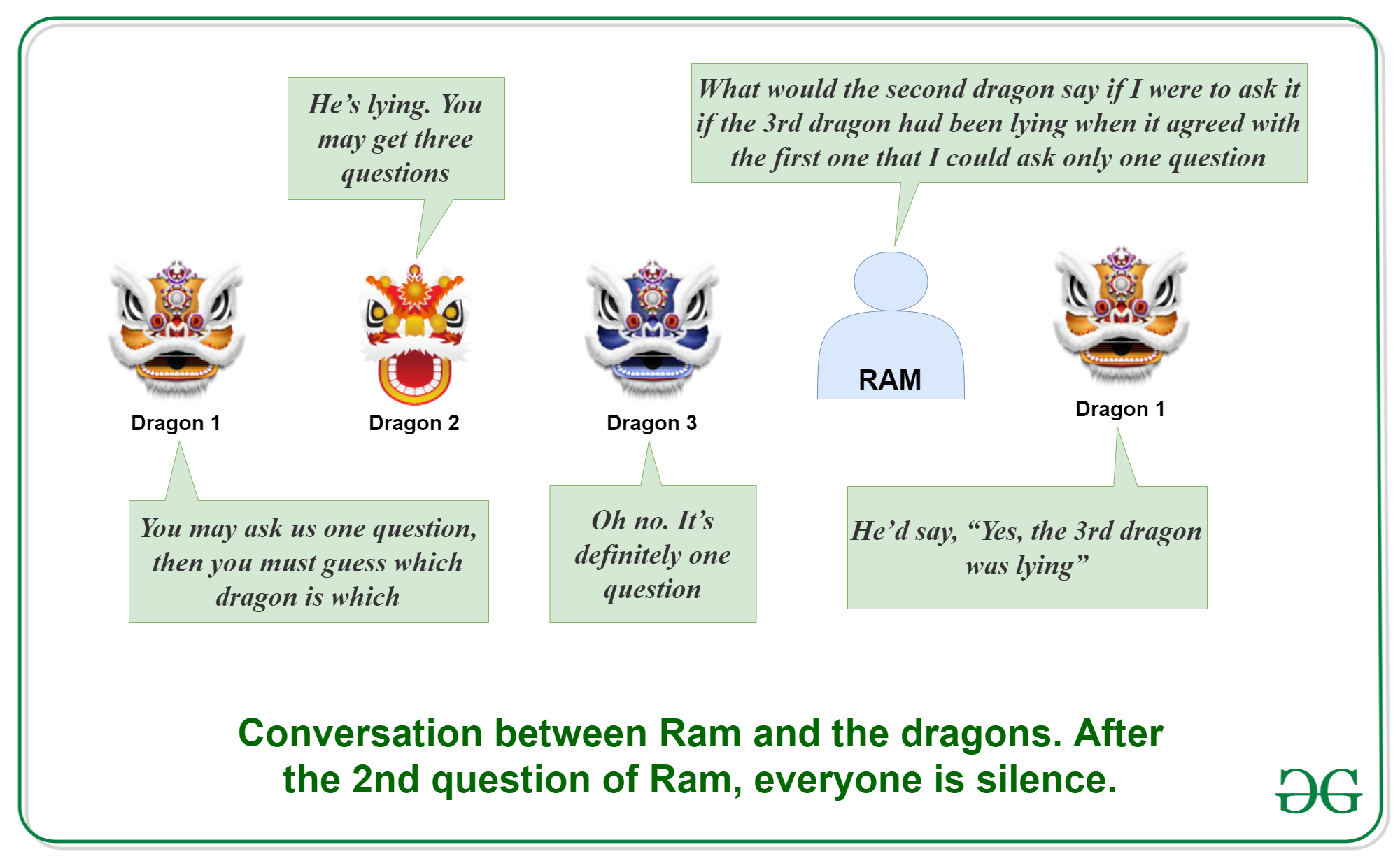 Solution: Based on the silence after Ram asked the second question, it can be inferred that asking of one question was true as said by Dragon 1. So Dragon 1 and Dragon 3 are speaking the truth for the first time. This raises two cases: 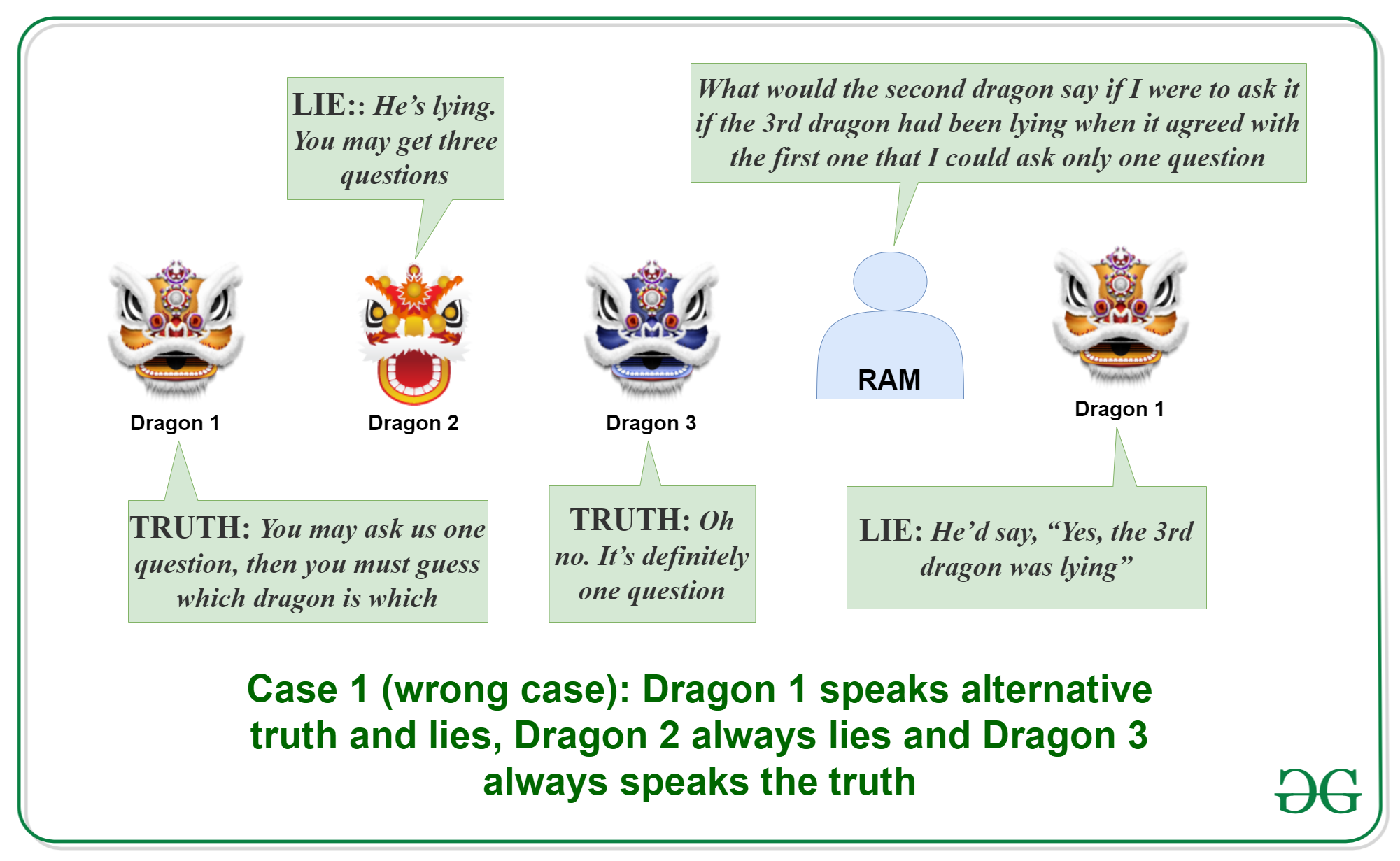 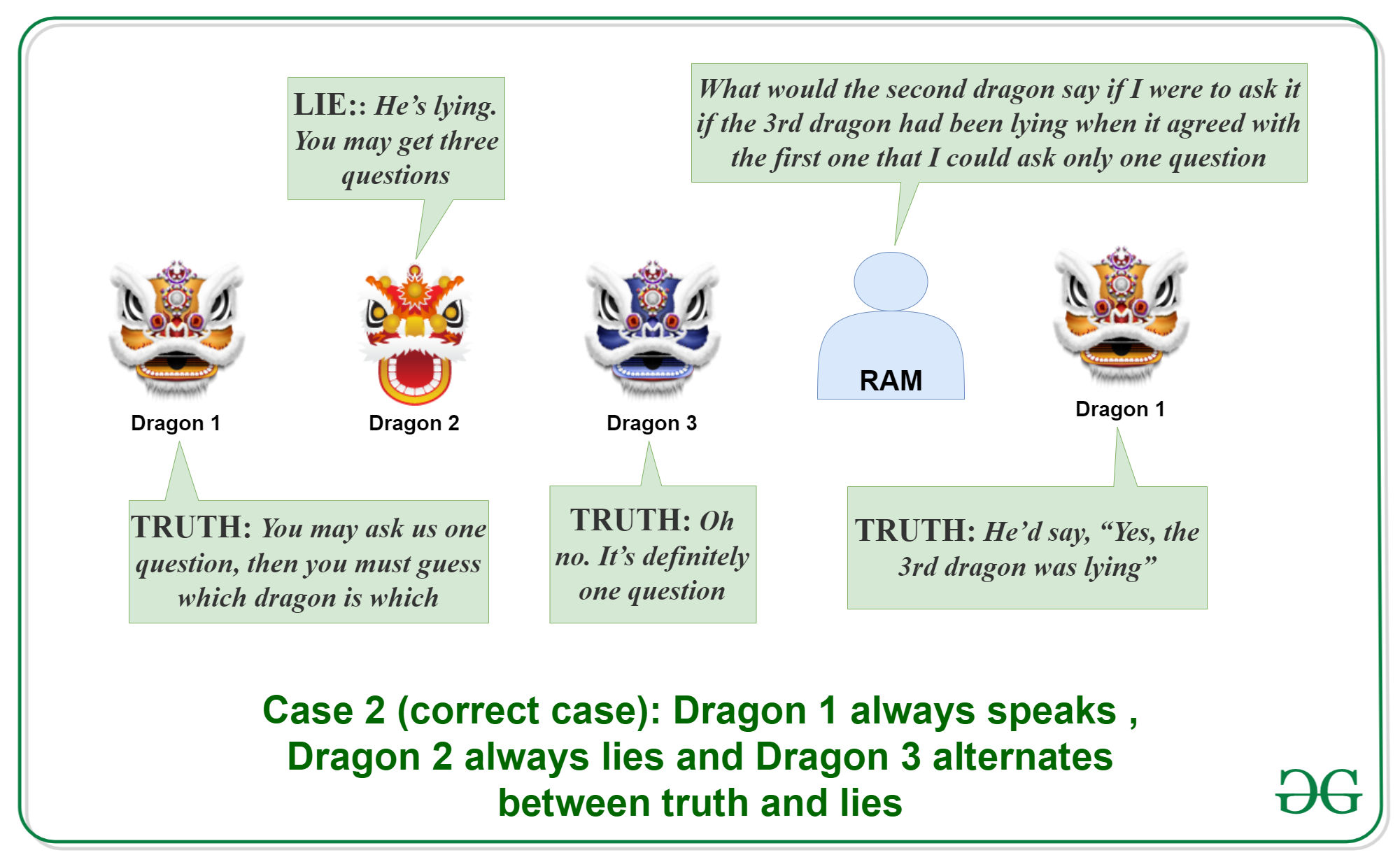