Puzzle: You are risk-averse person. There are Two games are offered to you. 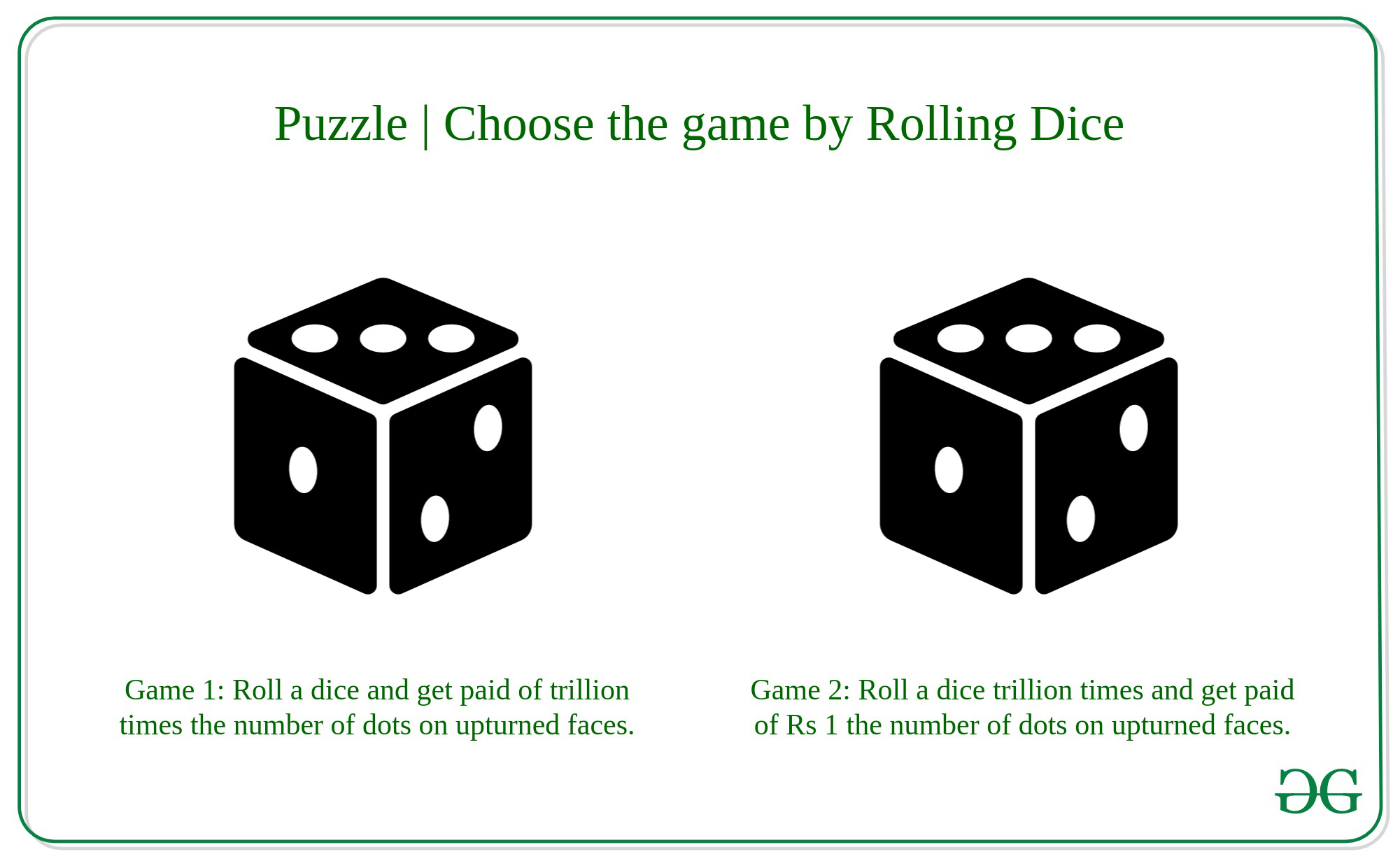 The expected average payoff for both the games is Rs 3.5 trillion. However, the second game has much less volatility than the first.

Bernoulli’s theorem states that if you have a sample of independent and identically distributed random variables, as the sample size grows larger, the sample mean will tend toward the population mean so actual payoff will be much closer to the expected payoff in Game Two. As a risk-averse individual, you choose Game Two.