Puzzle: There are 9 IITians in a classroom. A professor enters the room with a bag. He says to them that there are 9 hats inside the bag. The hats are either of red colour or black colour. Further instruction was provided that there is at least one red hat and the number of black hats is greater than that of the red ones. The professor puts the hats on each of the students head and instructs them to find the number of red and black hats. The students are not allowed to look on their own hats or talk to each other or make any sort of communications or any tricks. The professor leaves and returns after 20 minutes looking for the answer, but no answer was provided. He again leaves and gives them an extra 10 minutes to come up with an answer but still, no response was received. He finally gives them the last 5 minutes to figure out the answer and leaves. This time when he returns, everyone was able to come up with the correct answer. Our task is to find what could have been the correct answer and how they came up with it. 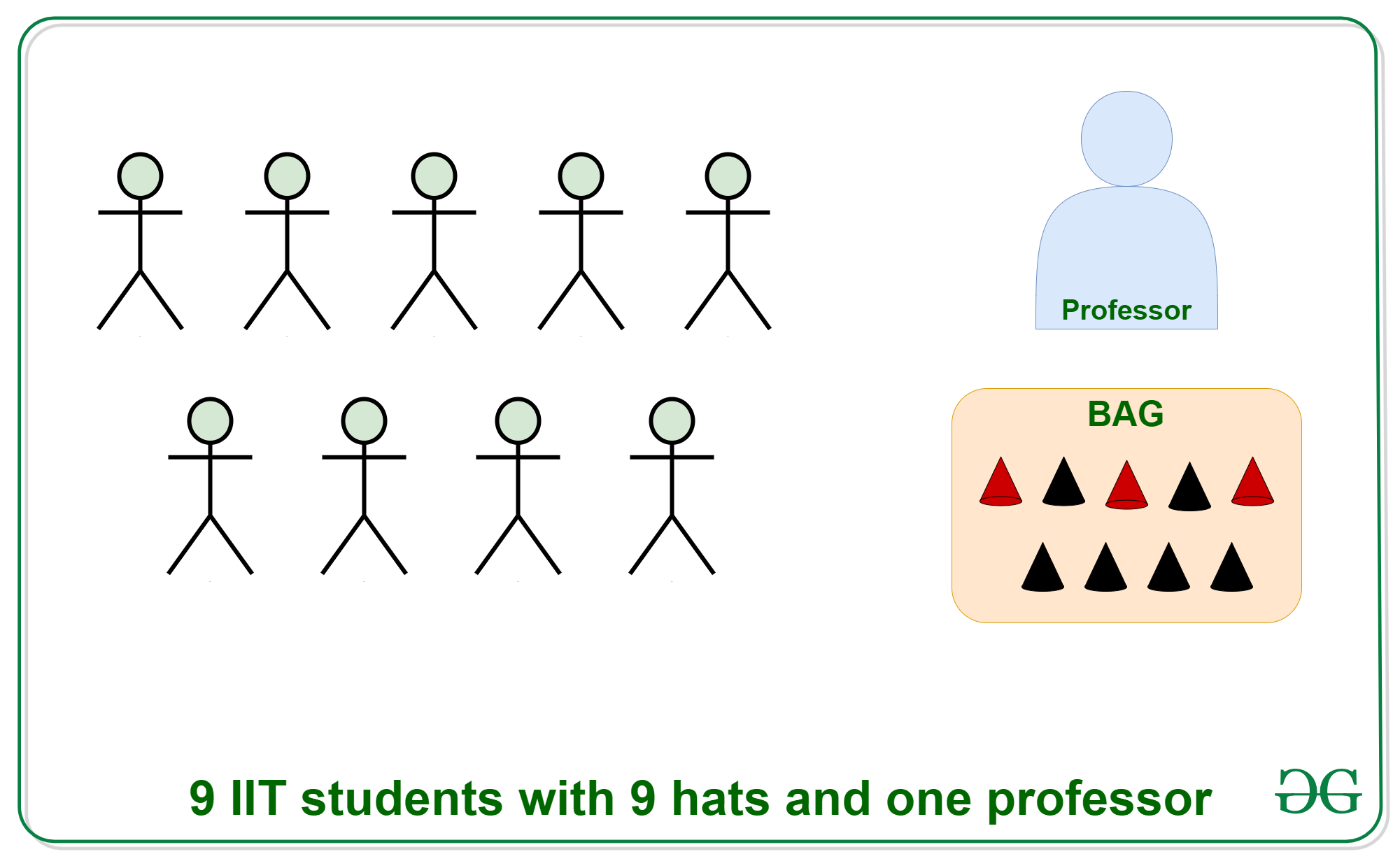 Solution: The solution can be derived using the logical process of assumptions and conclusions divided into three parts.
After the first 20 minutes:
Let’s assume that there are one red hat and 8 black hats. Now the student with the red hat would have been able to see the 8 other black hats. But since no answer was given after 20 minutes, then this assumption is wrong. Hence the combination of 1 red hat and 8 black hats are wrong. 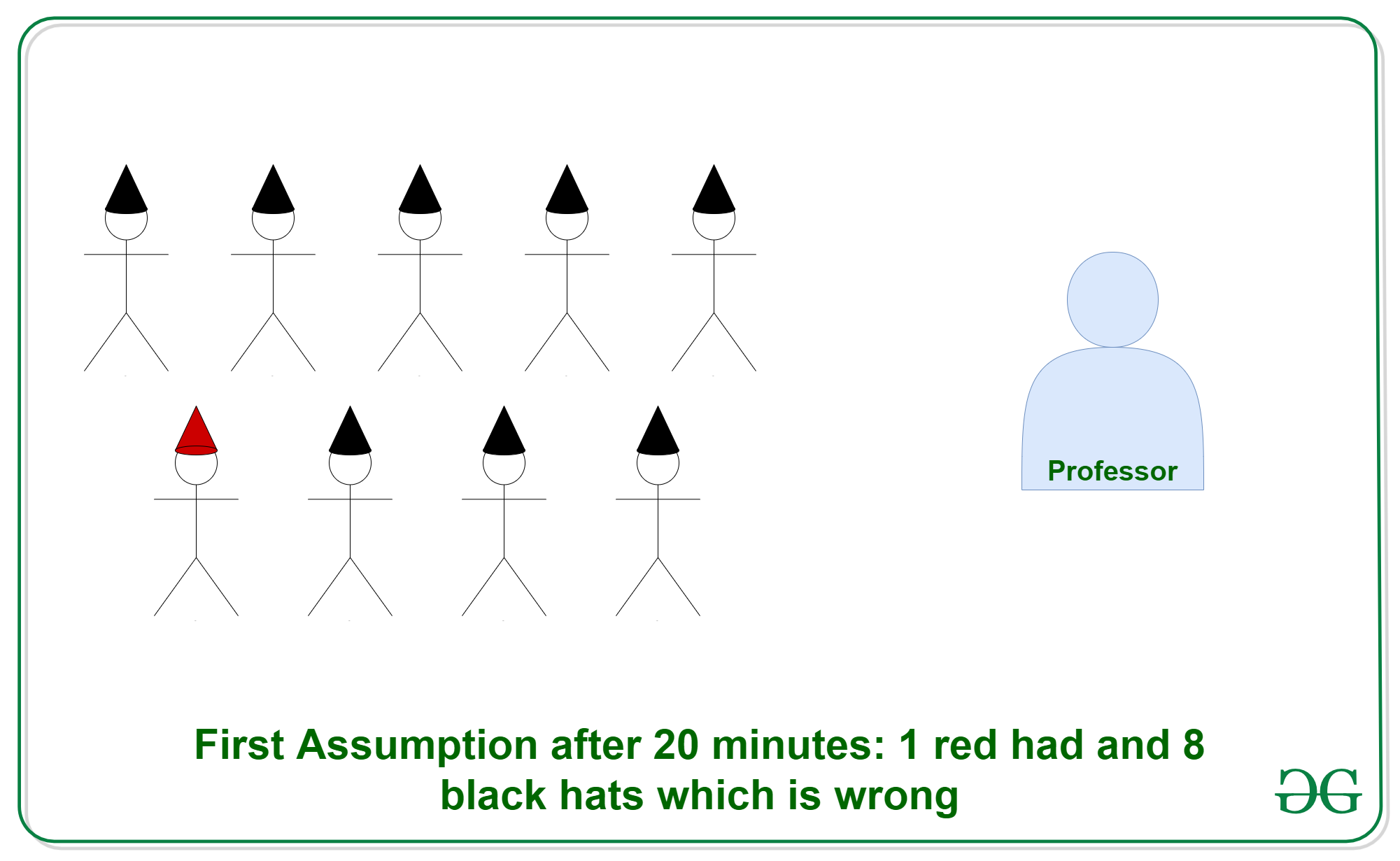 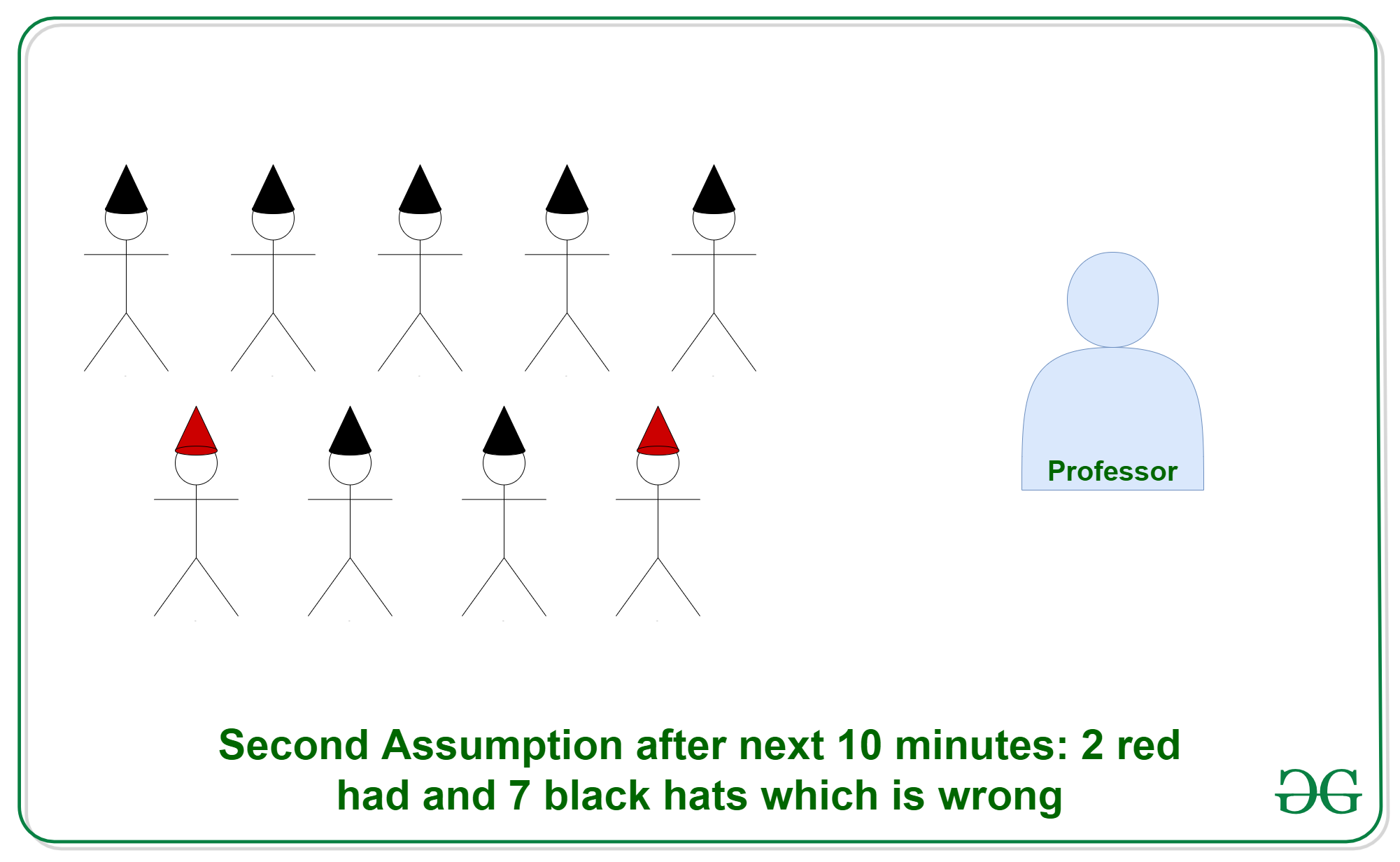 The final interval of 5 minutes:
Let’s assume that there are 3 red hats and 6 black hats. Every student with a red hat on them is able to see the other 6 black hats and two red hats. Therefore he knows that since the first two assumptions were wrong, he must be wearing a red hat. Since this is the last chance, and the answer provided by them was correct, this assumption is logically valid and true. So there are 3 red hats and 6 black hats. 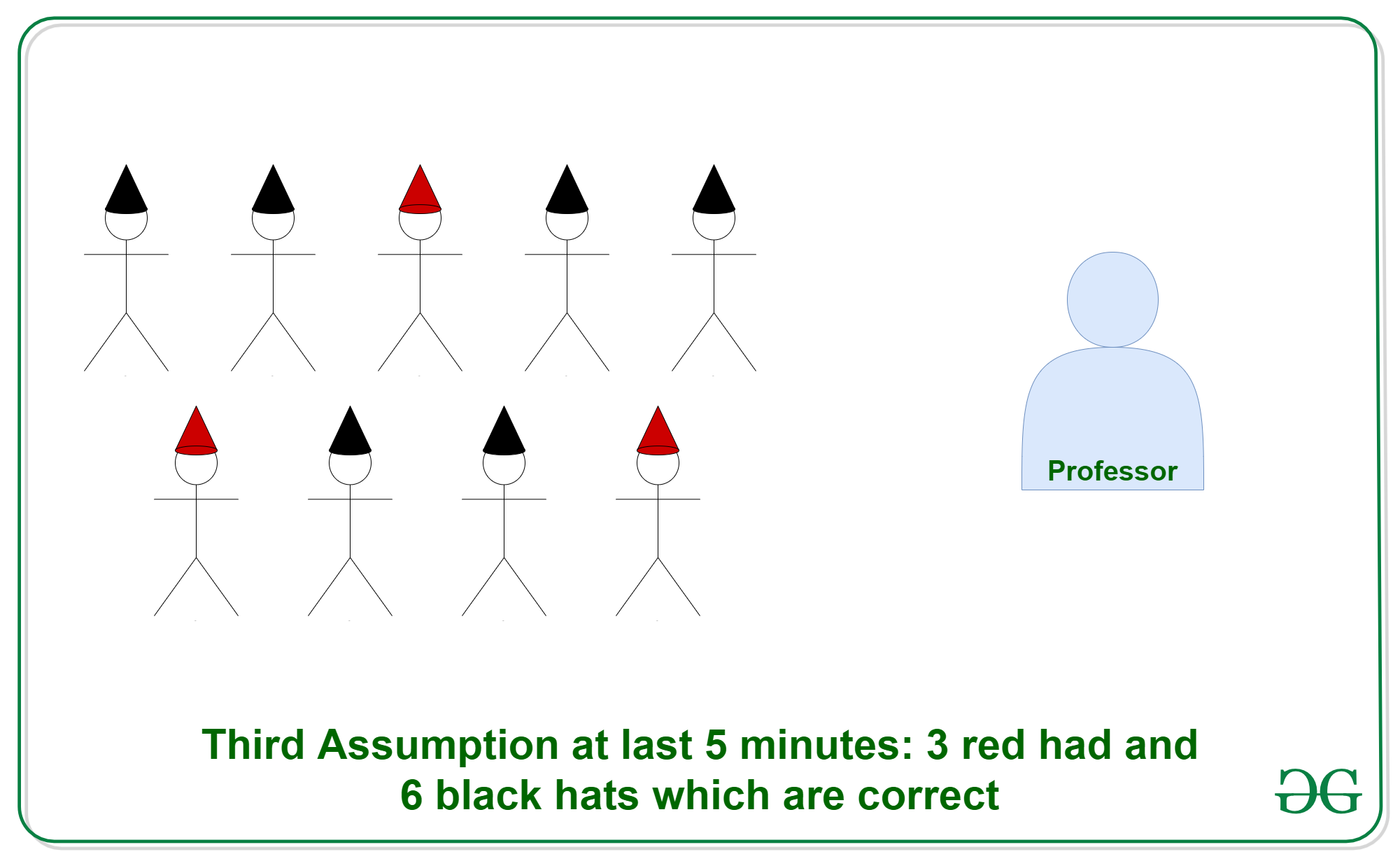 Though we got the correct combination, how come everybody came up with the correct answer including the holder of black hats, since only the 3 red hat ones knew the answer. A layman’s approach would tell us that since it was the last chance for them to answer, then the professor might have been expecting an answer on the third interval or 3rd chance of assumptions.