Give two boxes B1 and B2 one have 50 red marbles and other have 50 blue marbles. A ball is selected randomly from any of the box and the task is to maximize the probability of selecting a red ball, by reshuffling marbles in both the boxes.

Solution:
Let P(R) be the probability of picking a red marble.

Here, P(B1) and P(B2) refers to selecting B1 and B2 and the probability of selecting each box is

J1 and J2 refers to number of total balls in B1 and B2 respectively. 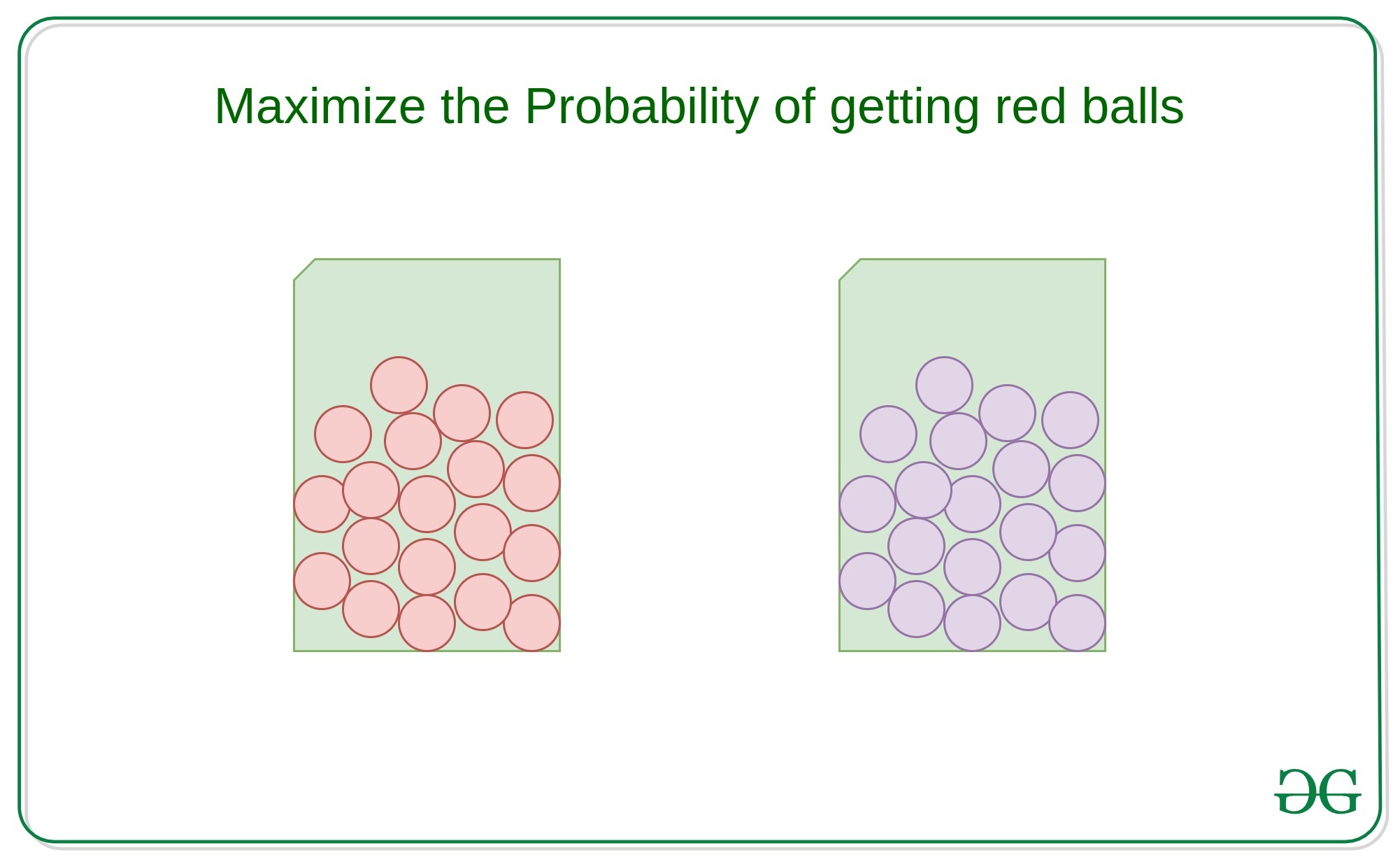 If we do not reshuffle any balls. Then

the maximum probability of choosing a red ball is 0.747474