Introduction and Need
India, the country known for its vast and diverse culture, scaling one of the fastest growing economy, housing the world’s third largest defence force, is also unfortunately known for its rising poverty rate and population explosion. While the country is trying to come up with solutions to these problems, a strict and a health care system is required for the welfare of the mass. Let’s explore some stats before arriving at an optimum solution and meeting an idea that could revolutionise the medical industry and healthcare management system of not only this country but of all other who is grovelling through the same phase.

With the advent of Digital Revolution in the country, we tried to come up an idea that could harness an innovation in the wireless space along with cloud computing and pervasive technologies such as ubiquitous sensing and data analytics we can fundamentally shift the paradigm in healthcare delivery and dramatically improve the healthcare service in rural areas. Ultimately we have the opportunity to create a new “infrastructure- independence” model of healthcare, which translates into the right care, at the right time, wherever people need it.

The IDEA
We are trying to develop a remote healthcare system starting to provide service right from the patients end to the complete term of medication as prescribed by the doctor. So it starts with medical kiosk centres set up in all parts of the country focussing primarily on those rural areas where good medical service fail to reach or where the people are too poor to harness the medical facilities.

Conceptual Framework
Below mentioned are the steps and how the idea will be implemented in the real world with step by step procedures, discussing the features:

There will be a pre-installed app which will perform multiple operations as mentioned below: 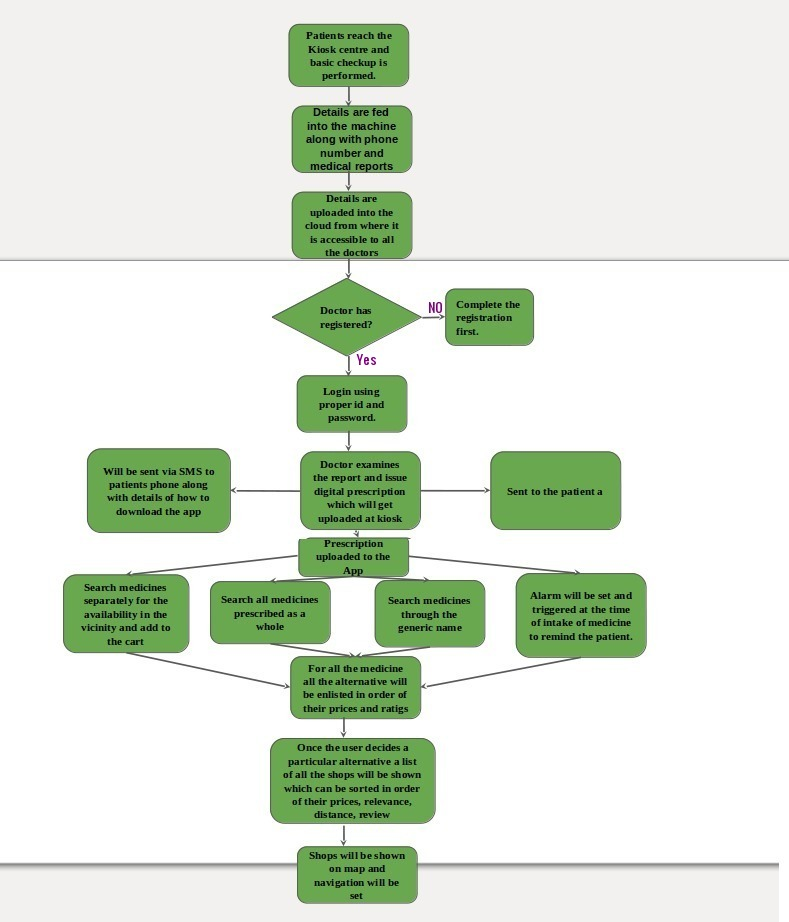 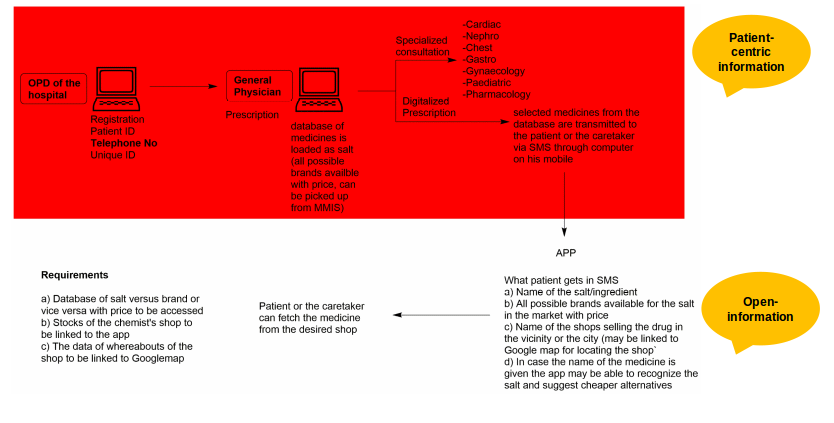 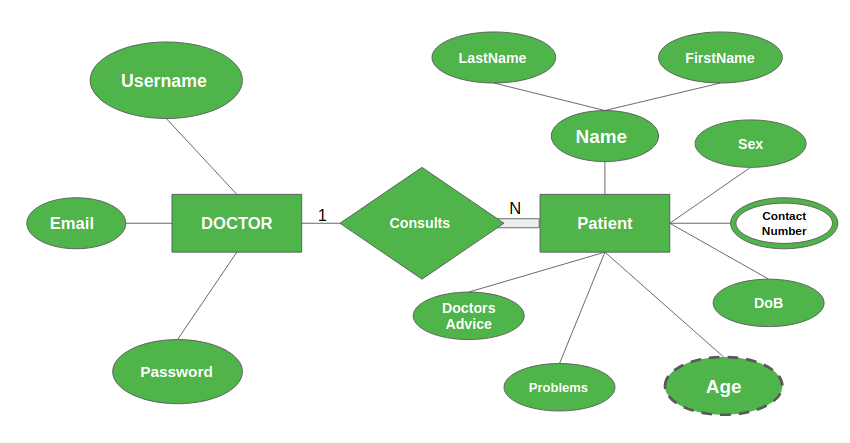 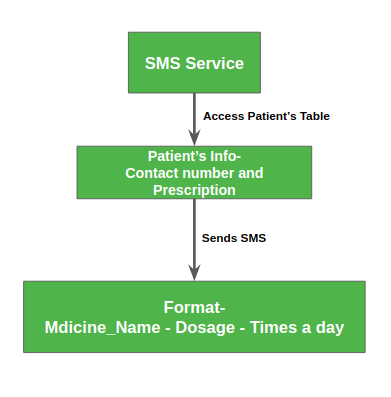 We tried to frame a very basic model of the system. The actual model will need an implementation of a large-scale hardware system with a highly secured environment as already mentioned in the kiosk service.
Working at Doctor’s end
We tried to design doctors end web application through which, doctors can register themselves and again login to access data from different patients. They can also view reports that have been stored in the database in file format. The patient’s detail can be registered using admin panel with proper administrator user id and password. This web application will run in any browser of choice.

To complete the application we have used Django, a Python-based web framework and the SQLite database that comes along with it. To enhance the front end, we used bootstrap.
The application carries pages like- registration page, login page, patient details page etc.

Below given are the screenshots of how the page looks and a link to the code published in the GitHub profile: 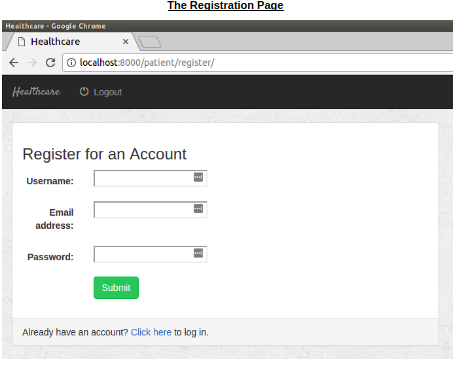 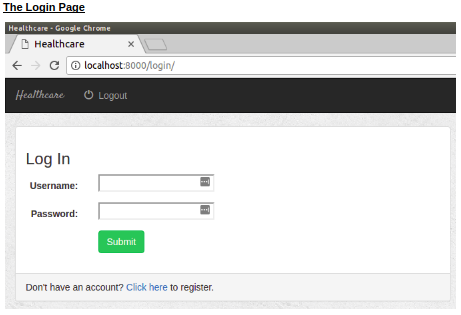 The SMS Reminder – Working
This project uses Python libraries and Flask, a python based web framework for its completion. On the back end, we used the Mongo DB and JSON for the database management. So basically we tried to inherit the properties of PyMongo to complete this piece of work. To send SMS we used the HSP SMS service and its various functions.

We used basic HTML and Javascript to create the input form and check the validations for the input field. We build a python file to establish a connection to our database and control the execution of the command. Firstly we import various functions from various libraries like import ConfigParser to read the configuration files, date time, JSON, Flask, MongoClient etc.

Then we read the database configuration file to establish the connection to the database and also assign the host and the port number in which the app would run. Later we get the information from the form when the submit button is hit and store the information in the Mongo database.

The link to the Code: GitHub Android App

Application:
It is end-to-end solutions that facilitate continuous access to healthcare information, expert advice or therapeutic intervention enabled by remote sensing, ubiquitous telecommunication network, and smart systems and platforms. The application can be well understood in the Introduction and Need part.

Note: This project idea is contributed by Prashant Mishra and Chinmoy Lenka for ProGeek Cup 2.0- A project competition by GeeksforGeeks.