A famous personality tweets something, so it must be unbiased. Right?

We’ve all been in never-ending arguments with friends and family on critical issues like politics, international events or religion in the past. In recent years, however, we see a trend in people blindly trusting things they learnt from a video they saw last morning on WhatsApp or tweets by an influential personality. We all know what fake news or biased news can do to someone or something and how some people take advantage of such situations and spread fake news which might instigate people and form wrong opinions. This epidemic is especially prominent in people who grew up before the information age of computers and have never had to question the credibility of news sources in the past. Social media algorithms are built for engagement and likes, not perspective, and we aim to fix that with Know More..

Interface: Know More Bot is a Chrome extension (as of now) that has been developed for Twitter and integrated into the Twitter UI, the cause of a large number of celebrities and influential people from different profession use it as a tool to convey their thoughts and opinions. But we know that correct news is the one that is not biased or opinionated.

So what does it do?
Know More is a Machine Learning based web API that allows users to gain a broader perspective on news items and events and doesn’t keep them in their bubble and develop biased opinions. It provides with a global point of views by extracting news articles and Wikipedia using entity extraction and sentiment analysis.

We will be making a Chrome extension which is integrated into the Twitter User Interface. When clicked it will extract the entities and provide news articles related to that topic and perform sentiment analysis of them which will be indicated using 3 colours (green – in favour, yellow – neutral and red – against along with Wikipedia article if available)
This is a highly modular project. It was built using the Agile method of Software Development Life Cycle. 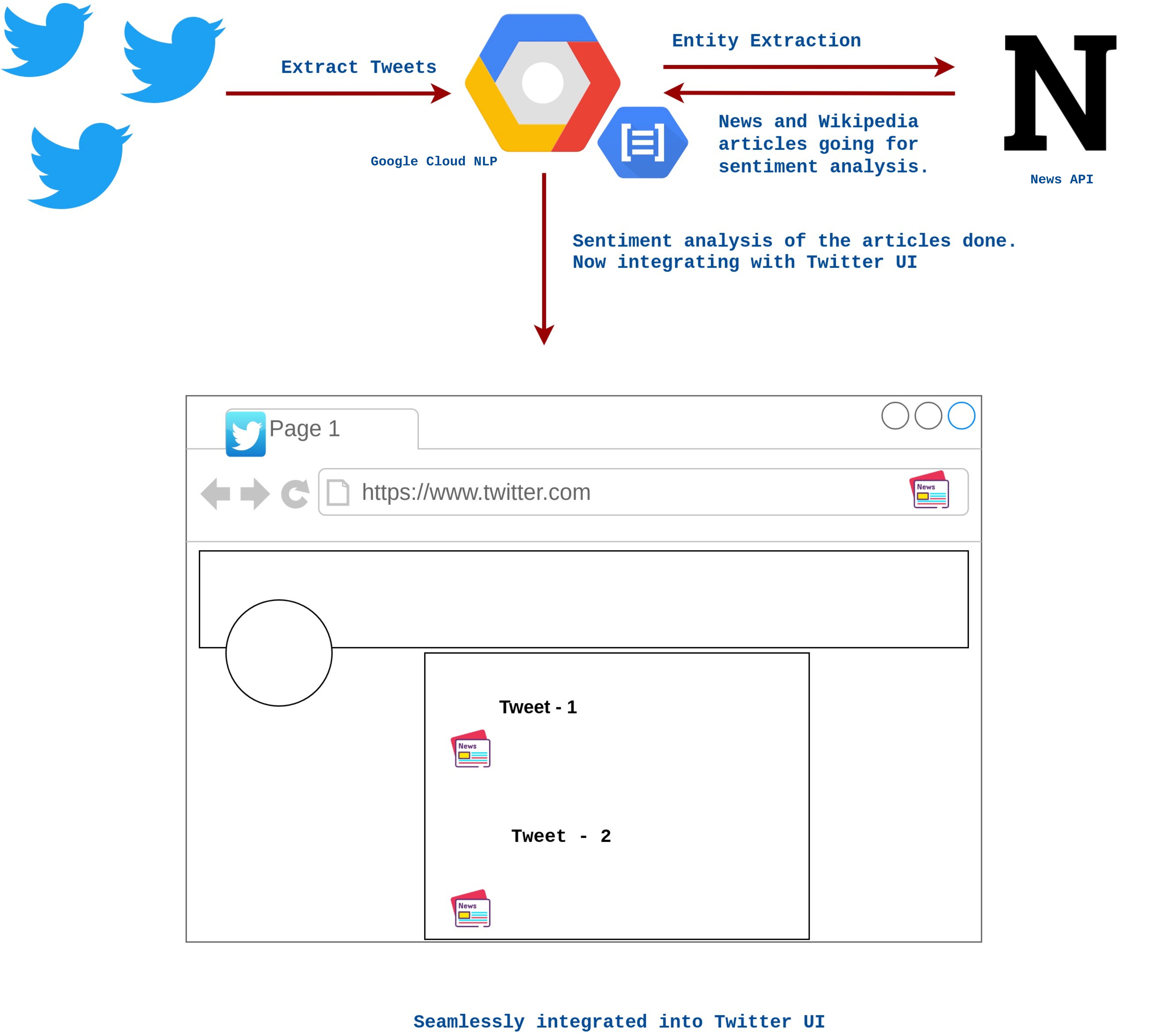 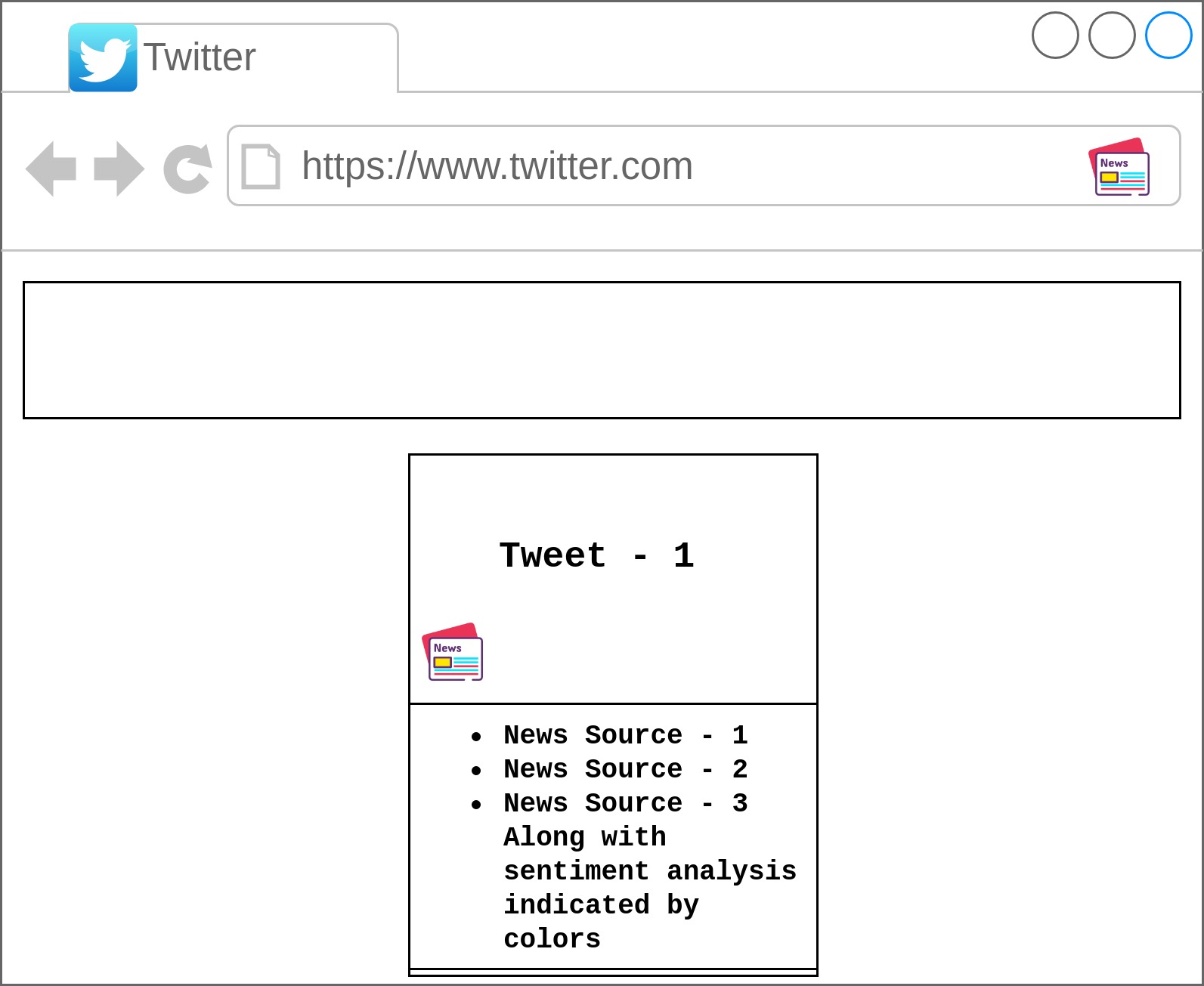 UI Mockup. Easy to use. 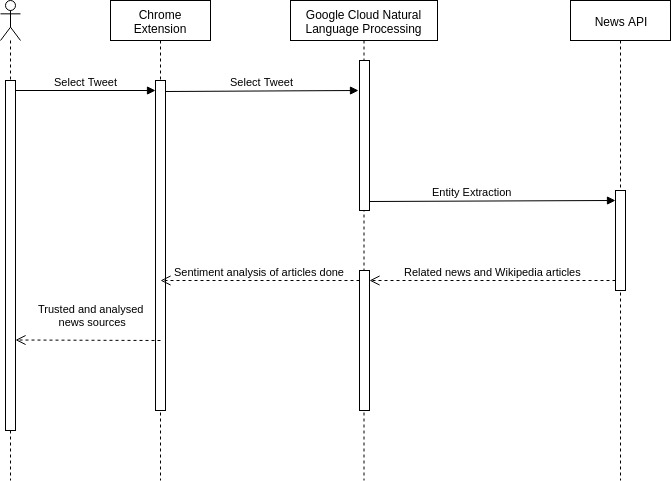 Application:
This project is for the betterment of the society. People nowadays spend more time on social media which is heavily biased. Know More Bot will provide them with various news articles and Wikipedia articles to broaden their perspective and understand the proper context and verify by themselves what is right and what is wrong.