Project Title: Development of an App-enabled Smart Helmet for Real-time Detection and Reporting of Accidents

Road accidents are dreaded incidents which are known to take about 146 thousand lives in a year in India itself. Out of these, it is usually seen that about 32% all such accidents are attributable to motorcycles only and out of which 23% lose their lives. It is easy to blame the 98.6% of bikers who died didn’t wear a helmet but what about the 1.4% who did their part of trying to protect themselves from an injury? Reports suggest that these cases are primarily due to the delay in taking such casualty to a hospital. This can be avoided if the process of reporting an accident became automated. Thus, we propose this solution, where the helmet itself initiates a communication to report the accident using the person’s phone.

The helmet has inbuilt pressure sensors which are cheap yet effective and productive. These contain two flexible metal plates with a velostat in between the layers. As the pressure changes, the resistance drops across the plates and the Raspberry Pi reads it through an analog to digital converter. So when the rider crashes, the spike in the sensor initiates a code which updates the online database triggering the application on a rider’s phone to send an alert to nearby hospitals. Thus the location is precise. The person has authority to stop false alert in case of a false trigger using a security PIN. The solution proposed in this paper does not affect the status quo by trying to modify the motorcycle itself, etc.

Additionally, in rare cases where the phone is unable to generate an alert, the helmet, if fitted with a additional speaker module , can give a loud and clear message as an attempt to draw attention. The app contains a feature namely Help Anonymously which can motivate people to help someone lying roadside in need of help without revealing their identity or getting into legal proceedings. Thus, we attempt to ensure that we care for people’s lives who actually care for their own.

There have been many attempts at building a perfect smart helmet. Smart Helmet with Sensors for Accident Prevention by Mohd Khairul Afiq Mohd Rasli, Nina Korlina Madzhi, Juliana Johari , employs Peripheral Interface Controller or PIC 16F84a microcontroller to control the system. The helmet has a force sensing resistor and speed sensor (Brushless DC Fan) and uses 315 MHz RF for communication. This doesn’t present itself as the best solution due to the fact that the motorcycle’s engine will only start is the helmet is worn and the belt has been buckled. Also, the communication is unidirectional. Smart Helmet: A Protective Headgear System by Nilesh M. Verulkar,
Swati S. Patil, Namrata A. Gandhi, and Komal B. Todkar uses Arduino with vibration sensors and RF communication along with LDR for headlight control, alcohol sensor to prevent drink and drive and GPS and GSM module. This poses an issue as multiple modules are multiple points of failure. If either of them dysfunctions, the rider is unable to start his/her motorcycle, control the headlight, etc. Also, the solution uses a vibration sensor which can be triggered if the helmet falls on ground erroneously. As GSM and GPS modules are controlled by the Arduino, the person has no control over it other than the abort switch which is installed in the bike itself. Lastly, if the GPS or GSM doesn’t work properly, the entire system fails. Thus, it has many loopholes.
The aforementioned shortcomings of GPS, GSM modules and altering the bike itself has been seen in multiple papers like Smart Helmet by Kajal Thakare, Smart-Helmet system by Anshu Singh Gautam.
Smart Helmet by Saravana Kumar K, Anjana.B.S. S and “Smart Helmet” and Smart Helmet by Nitin Agarwal poses other threats like the former distracts the rider by talking to him/her while the latter can cause the bike to stop suddenly if the helmet’s touch is lost from rider’s head.
Thus, the existing models pose multiple problems which we attempt to reduce significantly by reducing hardware dependency and tedious methods of communication.

The solution we propose uses the internet to provide reliability. As the concept of the Internet of Things (IoT) is picking up the pace, it becomes important to keep up with technology. Since all phones today come with internet connectivity and inbuilt GPS tracker, it becomes the most obvious choice and option to explore. With low energy technologies like Bluetooth embedded in Raspberry Pi and phone both, they can be interlinked, so as to ensure that either of the two components is carried together without fail. The hereby proposed solution ensures:-

The estimated cost for our device and required tools would be around Rs.1000/helmet. 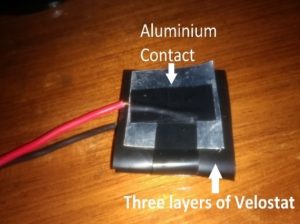 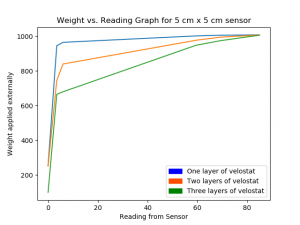 Layer wise graph of change in reading on application of pressure

The Raspberry Pi Zero W takes input from the pressure sensor via the ADC IC. When this pressure exceeds the specified limit, the python code executes which updates the Firebase over Wi-Fi. The app constantly waits for a trigger from the Firebase and upon getting the required field (here accident) as ‘True’, it generates a trigger. This causes the app to obtain the device’s location and generate an alert. This alert is sent to multiple recipients (such as hospitals within 5 km radius, police control room, relatives, etc.) in form of SMS, internet alert, etc. for redundancy purposes.

The helmet needs to be paired with the mobile, else a LED will keep glowing to indicate that it has not been paired. It doesn’t distract the rider or forces the bike to stay stagnant, just a gentle way of doing so.

The raspberry pi can access the internet from a mobile hotspot, a portable dongle or any other medium. As we are moving towards smart cities, we believe that the accessibility of the internet will not be an issue. Also, we believe that our model is only vulnerable to conditions where either of the two components that are the phone or the raspberry pi fails, else there are no points of failure.

Additionally, once the rider meets with an accident, mild or severe, the app would ask if it should generate an alert. It’ll do this in 40 seconds for mild and 20 seconds for severe accidents and can be stopped upon entering the secret PIN. The placement of sensors is at crucial points and multiple sensors give a detailed analysis of the accident which can be incremental in preparations in the hospitals. This, in fact, increases the accountability and accuracy of hospitals dealing with such cases.

Lastly, if we add an additional speaker to the module, in case of accidents it can be used to draw attention by repeating a pre-recorded message in a loop. This serves two purposes – alerts nearby people of the accident so someone might care to help and secondly if the phone is unable to send an alert, it can serve as an alternative to bring about a passer-by’s attention. 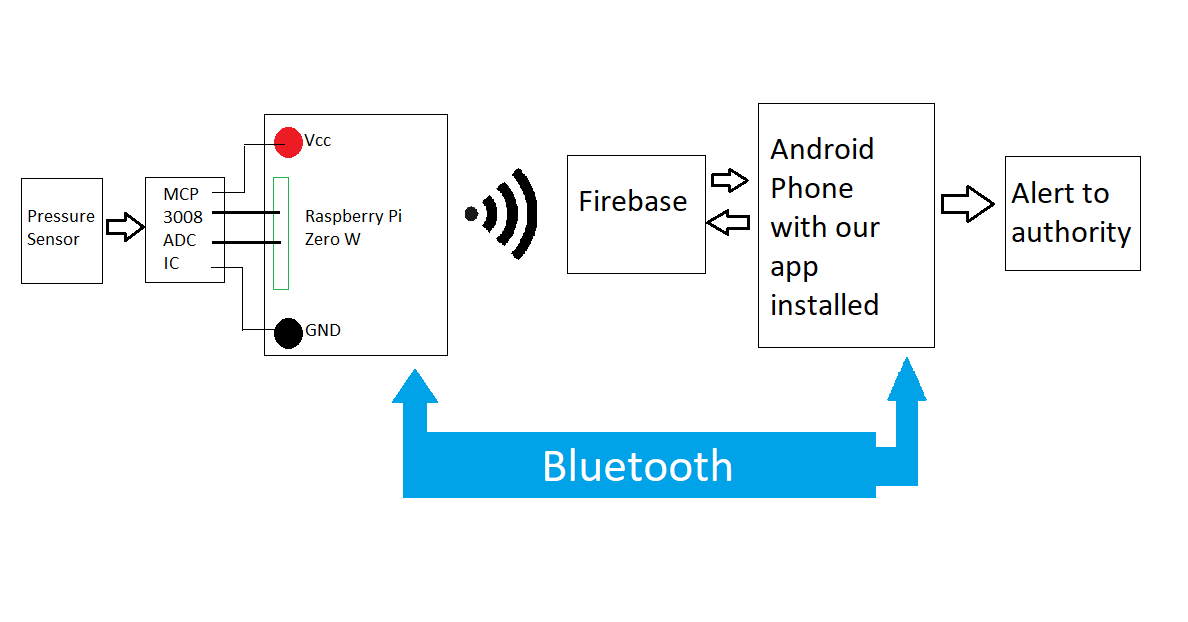 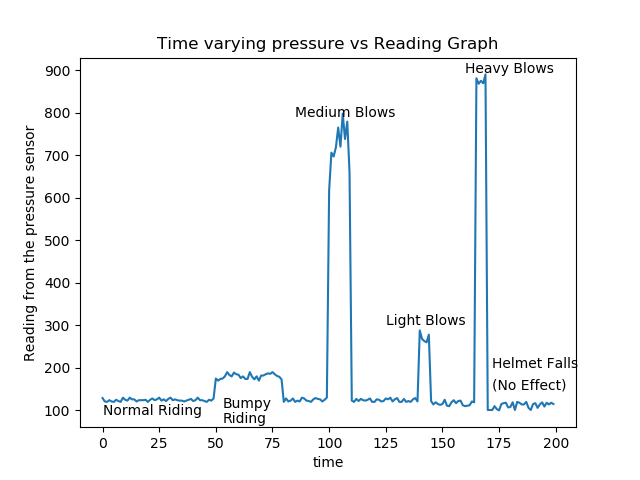 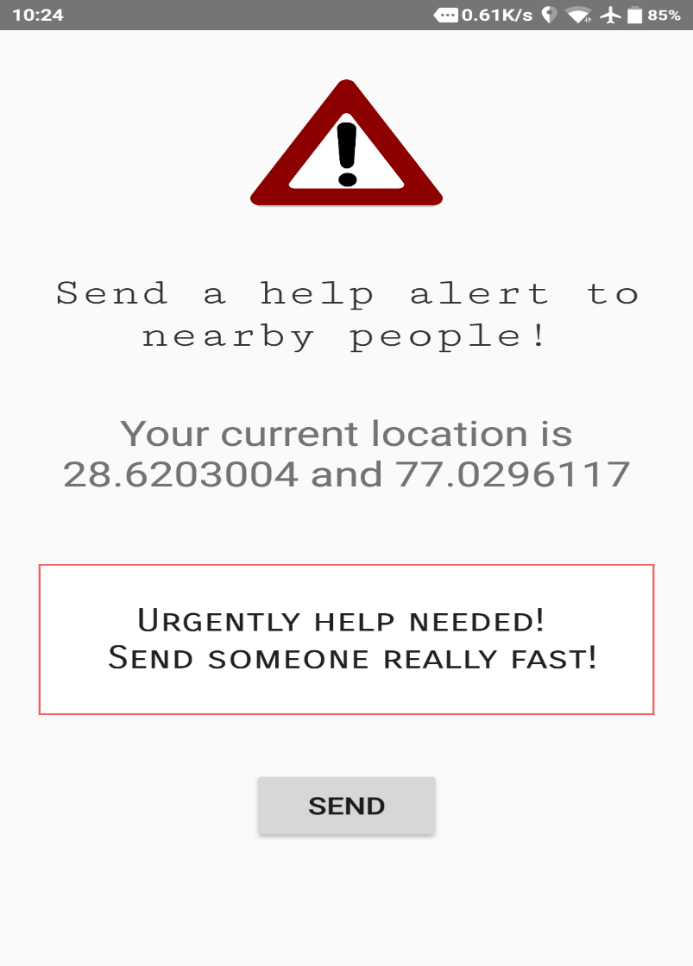 The idea proposed in this paper tries to bring about a change in the society. Road accidents can cause a loss of up to 3% of a country’s GDP. Although it’s impossible to change the mindset of the people, we tried to bring about a change without taking radical steps. This was an attempt to try and make people take initiative and try to save not only theirs but others’ lives on the road too. We want to inculcate a habit of helping others even if you want to do it anonymously. We want to save people’s lives who care for it and did their best of wearing a helmet in order to evade such a situation because if life’s not fair, we can try to make it play even.
If this solution gets implemented, using the data we can clearly demarcate the accident-prone areas and thus getting to the root cause of the issue. Furthermore, we’d like to develop this into a standalone module wherein the location can be accessed by the device itself and then using the power of the internet it itself can raise alerts using messaging apps such as Twilio or sending emails or push notifications.
If possible, we’d want to derive data using a ballistic dummy test so that using predictive models to determine the effect and consequences beforehand. This information can be vital because then the surgeons can directly proceed to operate if necessary without having to waste time analyzing the wound.

This project involved a lot of literature survey as indicated in the “Current Scenario” section. Other than this, the project’s paper has been accepted in IEEE 7TH INTERNATIONAL CONFERENCE ON RELIABILITY, INFOCOM TECHNOLOGIES, AND OPTIMIZATION (ICRITO’2018).

Let’s use technology to save lives! 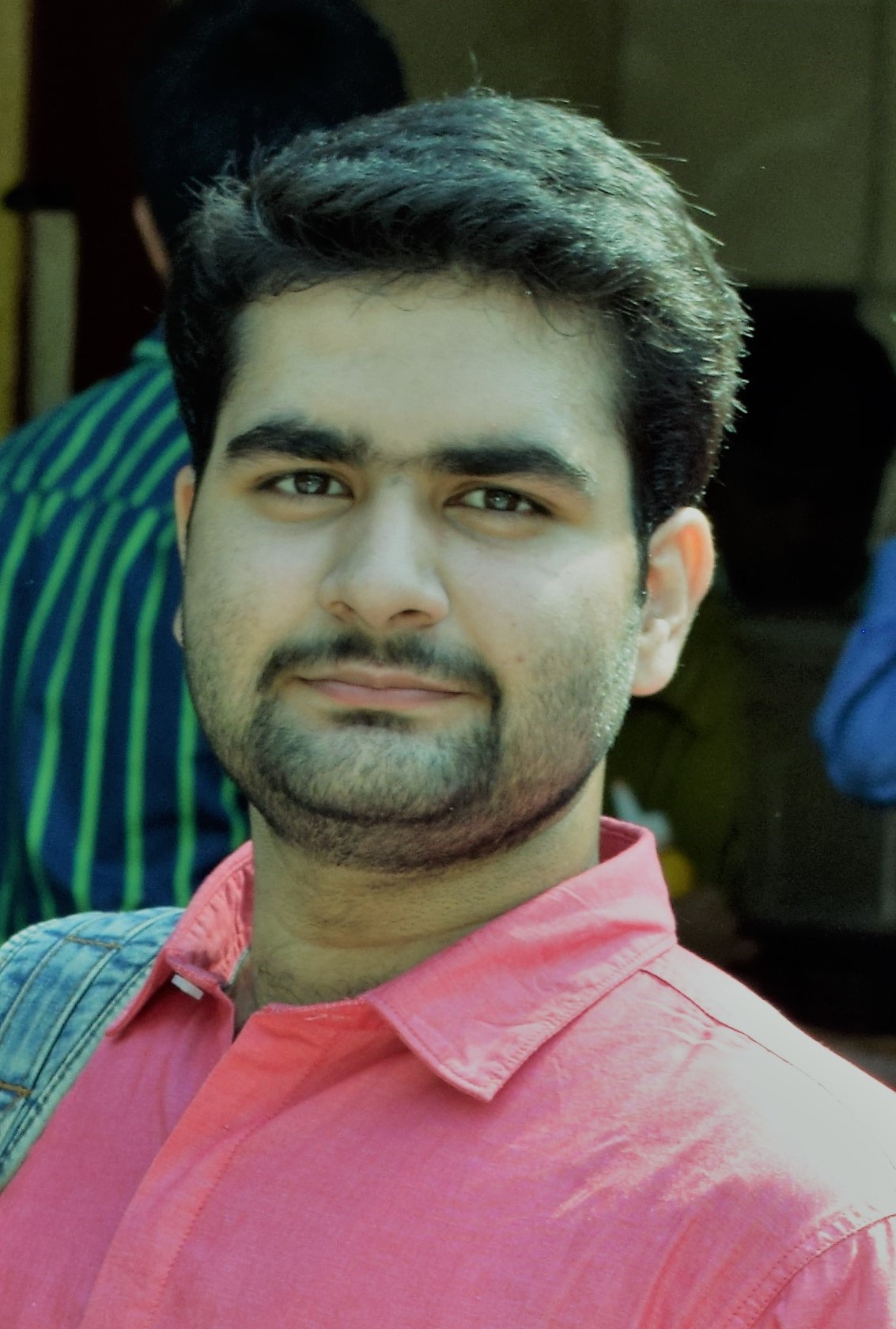