Programmable Array Logic (PAL) is a commonly used programmable logic device (PLD). It has programmable AND array and fixed OR array. Because only the AND array is programmable, it is easier to use but not flexible as compared to Programmable Logic Array (PLA). PAL’s only limitation is number of AND gates.
PAL consist of small programmable read only memory (PROM) and additional output logic used to implement a particular desired logic function with limited components.

Describing the PAL structure (programmable AND gate followed by fixed OR gate).

Following Truth table will be helpful in understanding function on number of inputs: 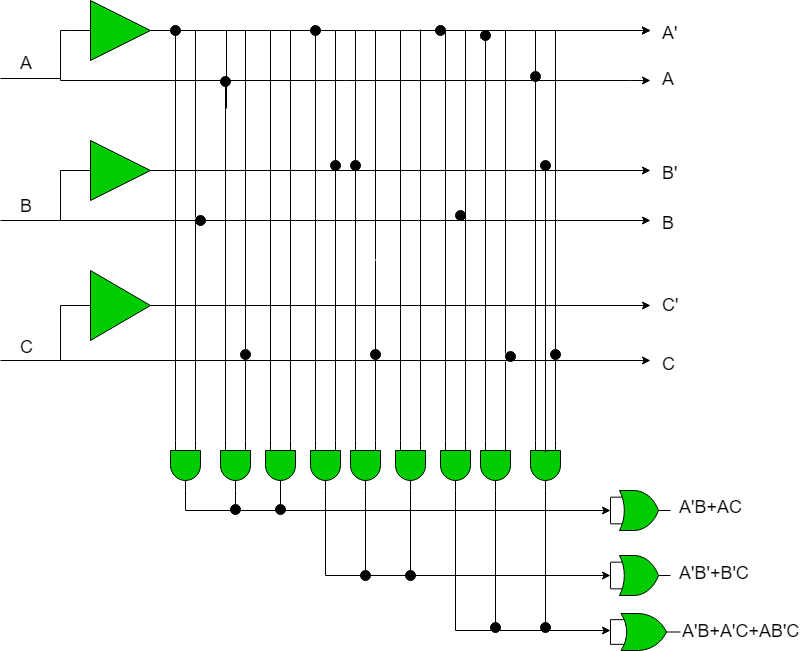 AND array has been programmed but have to work with fixed OR array as per requirement. Desired lines will be connected in PLDs.