Programmable Logic Array(PLA) is a fixed architecture logic device with programmable AND gates followed by programmable OR gates.
PLA is basically a type of programmable logic device used to build a reconfigurable digital circuit. PLDs have an undefined function at the time of manufacturing, but they are programmed before made into use. PLA is a combination of memory and logic.

Comparison with other Programmable Logic Devices:

PLA is similar to a ROM in concept; however, it does not provide full decoding of variables and does not generate all minterms as in the ROM. Though its name consists of word “programmable”, it does not require any type of programming like in C and C++.

For the realization of the above function following circuit diagram will be used. 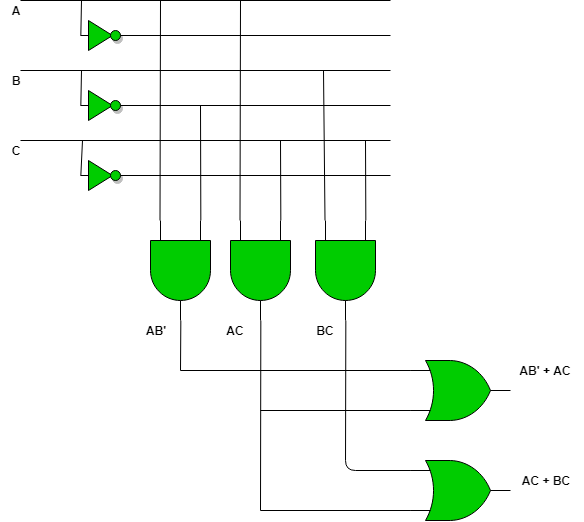 PLA is used for the implementation of various combinational circuits using a buffer, AND gate and OR gate. In PLA, all the minterms are not realized but only required minterms are implemented. As PLA has programmable AND gate array and programmable OR gate array, it provides more flexibility but the disadvantage is, it is not easy to use.