Given an array arr[] of size N, the task is to rotate the array by d position to the left. 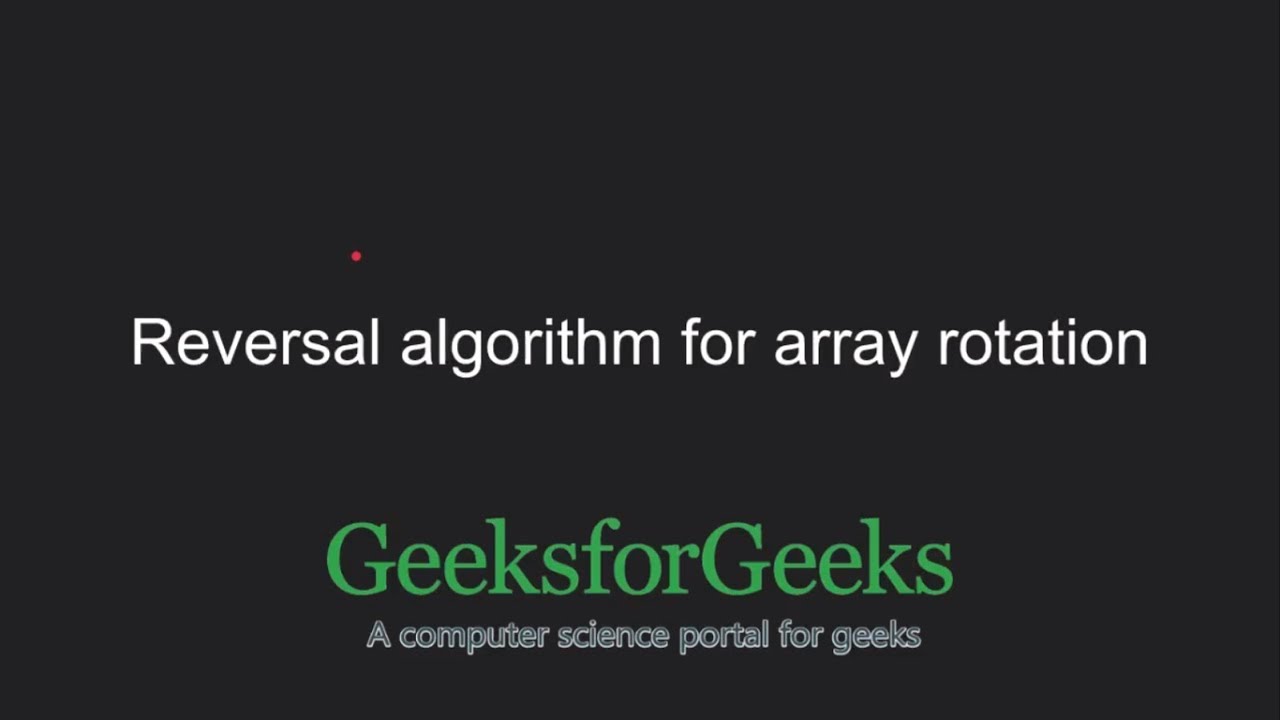 Approach: We have already discussed several methods in this post. The ways discussed there are:

Another Approach (The Reversal Algorithm): Here we will be discussing another method which uses the concept of reversing a part of array. The intuition behind the idea is mentioned below:

The group having the first two elements is moving to the end of the array. This is like reversing the array.

So the sequence of operations is:

As we are performing reverse operations it is also similar to the following sequence:

Algorithm: The algorithm can be described with the help of the below pseudocode:

Follow the illustration below to for  better understanding of the algorithm and intuition:

2nd Step: Now reverse the first d elements. It becomes as shown in the image

3rd Step: Now reverse the last (N-d) elements. It become as it is shown in the below image:

4th Step: Now the array is the exact reversed form of how it should be if left shifted d times. So reverse the whole array and you will get the required rotated array.

The total array is reversed

See that the array is now the same as the rotated array.