Process Synchronization is mainly used for Cooperating Process that shares the resources.Let us consider an example of
//racing condition image 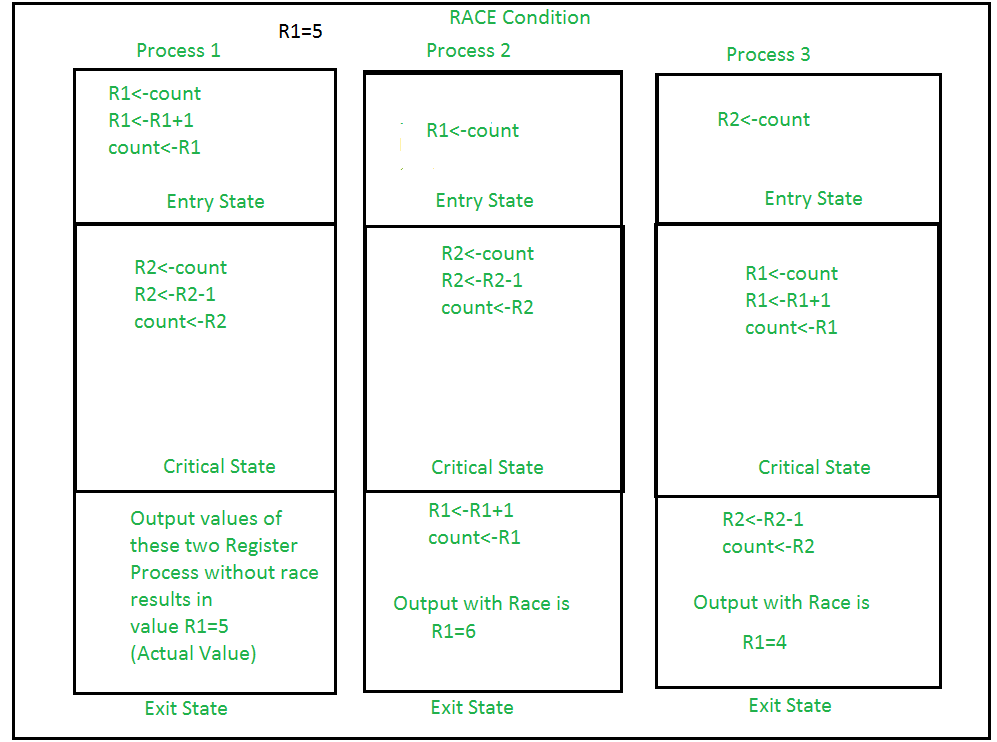 It is the condition where several processes tries to access the resources and modify the shared data concurrently and outcome of the process depends on the particular order of execution that leads to data inconsistency, this condition is called Race Condition.This condition can be avoided using the technique called Synchronization or Process Synchronization, in which we allow only one process to enter and manipulates the shared data in Critical Section.
//diagram of the view of CS 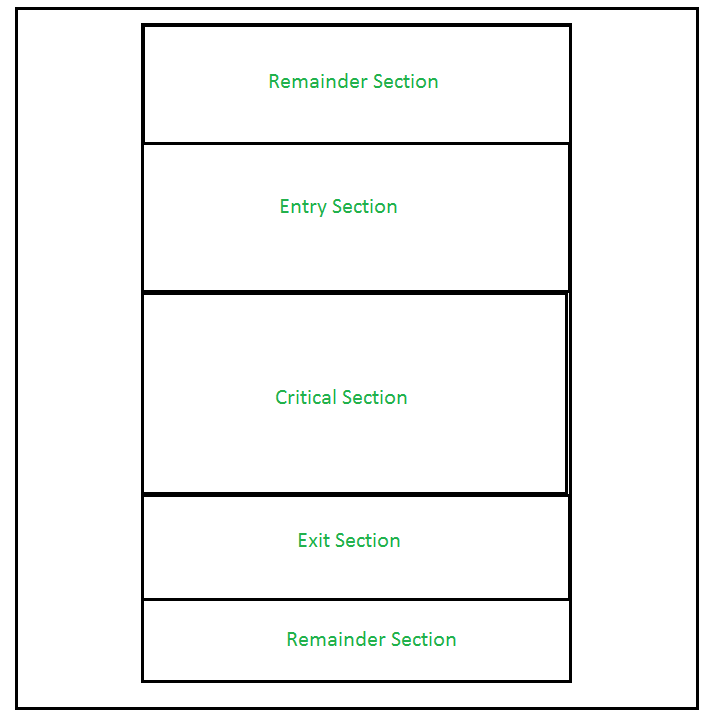 This setup can be defined in various regions like:

Using Interrupts –
These are easy to implement.When Interrupt are disabled then no other process is allowed to perform Context Switch operation that would allow only one process to enter into the Critical State. 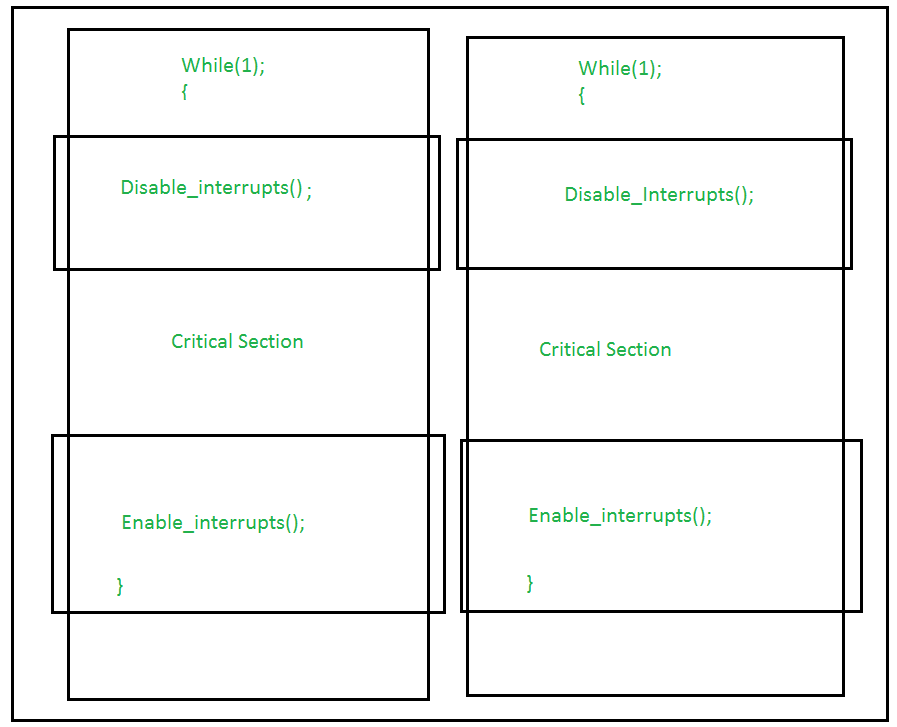 Test_and_Set Operation –
This allows boolean value (True/False) as a hardware Synchronization, which is atomic in nature i.e no other interrupt is allowed to access.This is mainly used in Mutual Exclusion Application. Similar type operation can be achieved through Compare and Swap function. In this process, a variable is allowed to accessed in Critical Section while its lock operation is ON.Till then, the other process is in Busy Waiting State. Hence Critical Section Requirements are achieved.