Simpson’s Paradox in layman’s term is the reversal of relationship within data with respect to the subgroups of data after combining those subgroups data.

For Example, If there are two departments in a university and both of them have a high probability of a woman getting accepted then after combining their data by intuition overall woman’s acceptance probability should be high but this may not be true.

Simpson’s Paradox says it may not be true.

A similar case was seen in the lawsuit against UC Berkeley’s regarding the admissions data showing that men were having a higher probability of getting applications accepted than the woman’s application. But after examining the individual departments a reverse scenario came into consideration as maximum of the departments were favoring women over men.

We can see from the table that 825 men have applied in comparison to 108 women in high acceptance rate department A. Whereas more girls are applying in departments with low rates like F and E. Which finally led to more men being accepted by the university than women.

Another Example:
Suppose we have a configuration as shown in figure below with two types of beans green and blue colored. 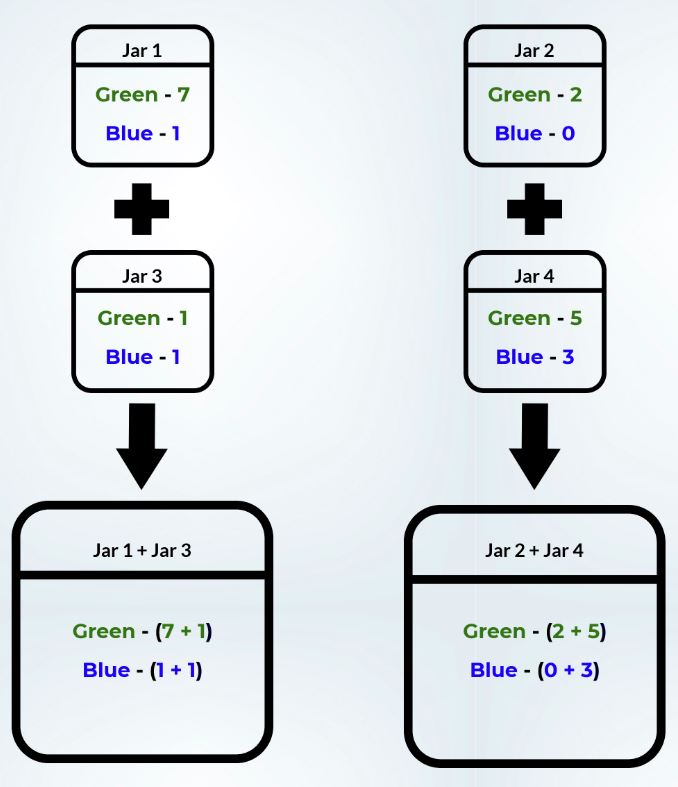 Before Mixing:
Probability of picking a green bean from Jar,

After Mixing:
Probability of picking a green bean from Jar