Print words of a string in reverse order

Let there be a string say “I AM A GEEK”. So, the output should be “GEEK A AM I” . This can done in many ways. One of the solutions is given in Reverse words in a string .

This can be done in more simpler way by using the property of the “%s format specifier” .
Property: %s will get all the values until it gets NULL i.e. ‘\0’.

Example: char String[] = “I AM A GEEK” is stored as shown in the image below :

Let us see the approach with the help of diagrams:
step 1: Traverse from the last character until it encounters a space character .

Step 2: Put a NULL character at the position of space character and print the string after it. 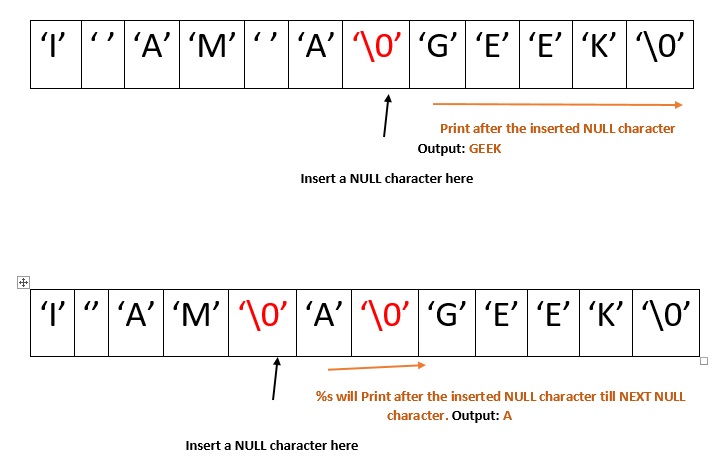 Without using any extra space:

Go through the string and mirror each word in the string, then, at the end, mirror the whole string.