Primer CSS is a free open-source CSS framework that is built upon systems that create the basic style elements such as spacing, typography, and color. This systematic method makes sure our patterns are steady and interoperable with every other. Its approach to CSS is influenced by Object-Oriented CSS principles, functional CSS, and BEM architecture. It is highly reusable and flexible. It is created with GitHub’s design system.

Box shadow utility is used to give a shadow-like effect to the container element. The box-shadow styles are used to pay attention to the content. Primer CSS Large Box Shadow styles are mainly used for marketing content, UI screenshots, and content that appears on top of other page elements.

Example 1: This example describes how to use Primer CSS Large Box Shadow utility.

Example 2: This example describes how to use Primer CSS Large Box Shadow utility. 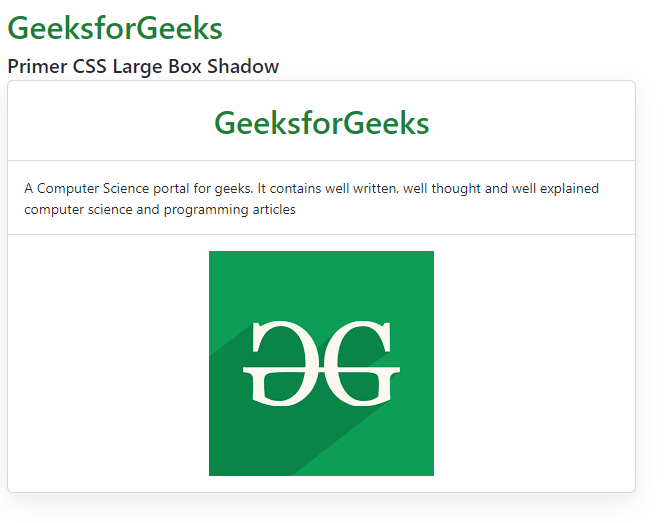