Parallel Random Access Machine, also called PRAM is a model considered for most of the parallel algorithms. It helps to write a precursor parallel algorithm without any architecture constraints and also allows parallel-algorithm designers to treat processing power as unlimited. It ignores the complexity of inter-process communication. PRAM algorithms are mostly theoretical but can be used as a basis for developing an efficient parallel algorithm for practical machines and can also motivate building specialized machines.

The following are the modules of which a PRAM consists of:

While accessing the shared memory, there can be conflicts while performing the read and write operation (i.e.), a processor can access a memory block that is already being accessed by another processor. Therefore, there are various constraints on a PRAM model which handles the read or write conflicts. They are:

Example: Suppose we wish to add an array consisting of N numbers. We generally iterate through the array and use N steps to find the sum of the array. So, if the size of the array is N and for each step, let’s assume the time taken to be 1 second. Therefore, it takes N seconds to complete the iteration. The same operation can be performed more efficiently using a CRCW model of a PRAM. Let there be N/2 parallel processors for an array of size N, then the time taken for the execution is 4 which is less than N = 6 seconds in the following illustration. 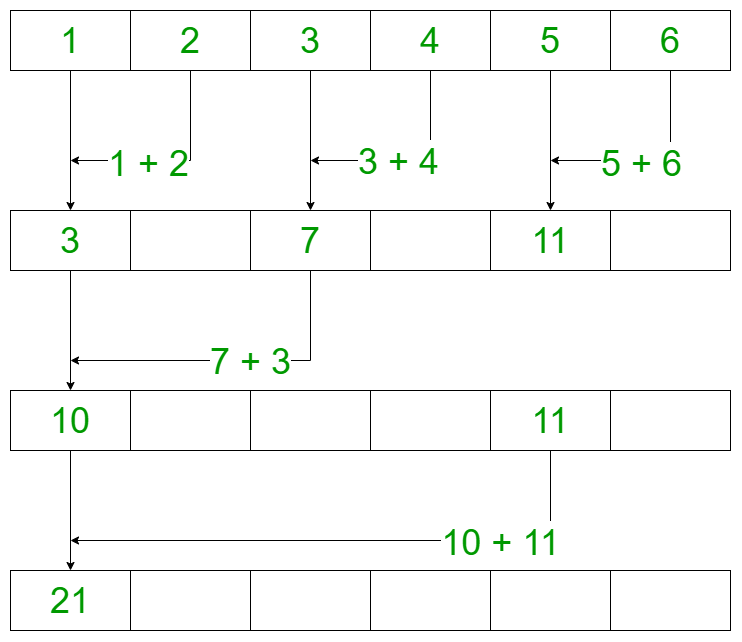