The Power of Two Free Lists is an algorithm for Kernel Memory Allocation. It is used frequently to implement malloc() and free() in the user-level C library. This approach uses a set of free lists. Each list stores buffers of a particular size and all the sizes are powers of two. For example, consider the figure below there are six free lists, storing buffers of sizes 32, 64, 128, 256, 512, and 1024 bytes. 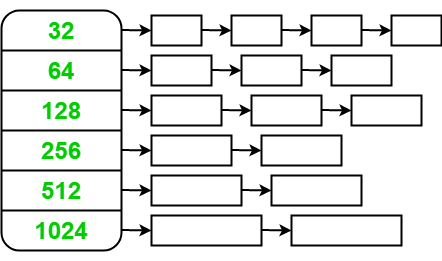 Each buffer has a header of a fixed size which leads to reduced usable area. When the buffer is free, its header stores a pointer to the next free buffer. When the buffer is allocated, it’s header points to the free list to which it should be returned. In a few implementations, it contains the size of the allocated area instead. This helps detect certain bugs but requires the free() routine to compute the free list location from the size.

When client calls malloc(), passing the required size as an argument. The allocator computes the size of the smallest buffer that is large enough to satisfy the request. This involves adding space for the header(4 Bytes) to the requested size and rounding the resulting value to the next power of two. The 32-byte buffers satisfy requests for 0-28 bytes, the 64-byte buffers satisfy requests for 29-60 bytes, and so on. The allocator then removes a buffer from the appropriate free list and the pointer in the header points to the corresponding free list. It returns to the caller a pointer to the byte instantly following the header in the buffer.
The below figure represents the conceptual view of allocated buffers and pointers to the buffers.

When the client releases the buffer, it calls the free() routine, passing the pointer returned by malloc() as an argument. The user does not have to specify the size of the buffer being freed. It is essential, however, to free the entire buffer obtained from malloc(); there is no provision for freeing only part of the allocated buffer. The free() method moves the pointer back four bytes to access the header. It receives the free list pointer from the header and puts the buffer on that list.

The allocator may handle a new malloc() request for that size in one of three ways: 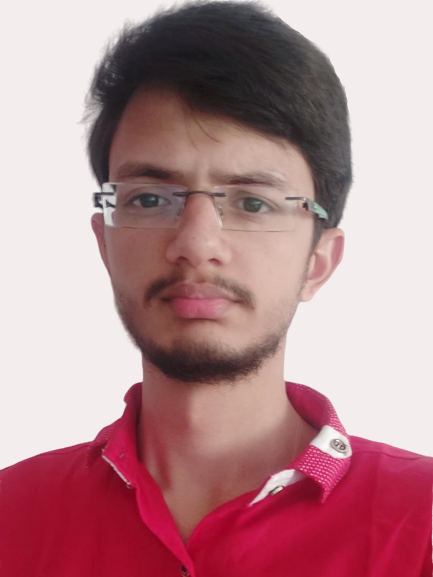