The first plasma displays that were available were technically televisions because they did not have TV tuners. The television tuner is the device that converts a television signal from a cable wire or any other means into a video image. Since the plasma displays lacked tuners, they were used as simple monitors that display a standard video signal. Recent developments have made inbuilt digital television tuners. Plasma Display Panel is an emissive display which means that the panel itself is the light source. In comparison to a transmissive display, where the light source is separate and light is passed through the panel to create an image, PDPs are extremely bright and light-tolerant flat panel display technology that utilizes a gas discharge principle thus also known as gas discharge display.

Plasma gives a big display screen length which degrees normally from 42” to 63”. It works properly in dimly lit rooms tremendous for looking movies, gives excessive assessment ratios, gorgeously saturated shades, and permits for extensive viewing angles each seat inside the residence is a tremendous one.

Because it can track fast-moving images without motion blur, plasma is ideal for watching action-packed sports or playing video games.

The working of the Plasma Display Panel is as follows: 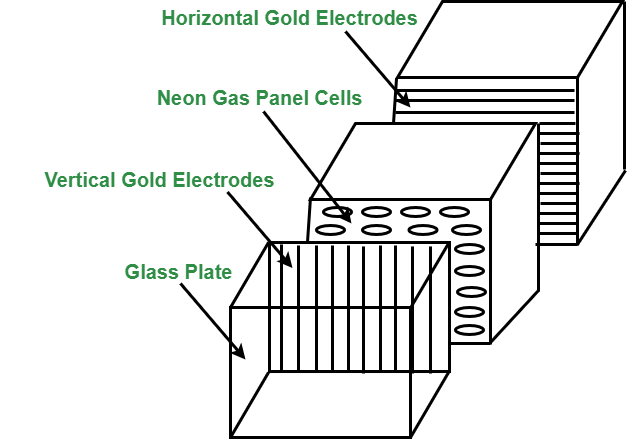