Phases of Evolution of Blockchain

A Blockchain is a series of blocks that each contain a specific piece of information. Consequently, a Blockchain is a ledger, or file, that continuously expands and permanently records every transaction. Every transaction occurs after the one before it in a secure, sequential, and unchangeable manner during this procedure. A new block is generated each time an information storage block is finished.

A blockchain is a particular sort of distributed ledger technology (DLT) that consists of a growing list of records, known as blocks, that are safely connected to one another using cryptography. Each block also includes transaction data, a timestamp, and a cryptographic hash of the preceding block (generally represented as a Merkle tree, where data nodes are represented by leaves). The timestamp demonstrates that the transaction data was present at block creation. A chain is effectively formed by the blocks since each one links to the blocks before it because each block includes information about the blocks before it (see linked list data structure). Therefore, once a transaction is recorded, it cannot be undone without also undoing all subsequent blocks, making blockchain transactions irreversible.

The initial work on a cryptographically protected blockchain where the time stamp of documents was unaltered was done in the 1990s by S. Haber and W. Scott Stornetta, and that is how the Blockchain came to be.

Phases of Evolution of Blockchain

Below is an explanation of the several phases in the evolution of blockchain:

2008-2013: Blockchain 1.0 (Bitcoin Emergence): Blockchain 1.0 is the first blockchain type that supports Digital currency, Distributed Ledger, Merkle tree, Blockchain data, and PoW. This is the first blockchain type to support Bitcoin as a form of currency. Satoshi Nakamoto first presented it in 2008. Version 1.0 is the initial release. Cryptocurrencies or the Internet of Money enable financial transactions over the internet. It uses a 16-bit architecture and is the most basic type. 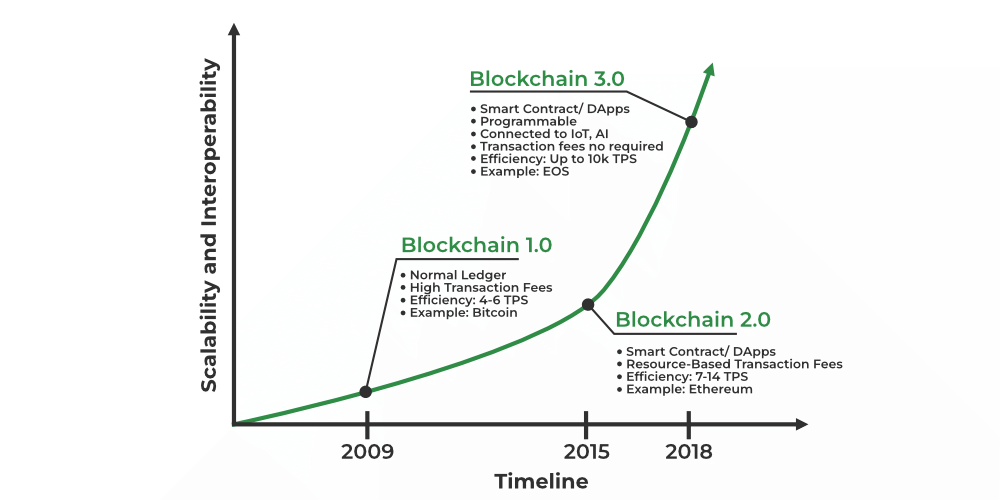 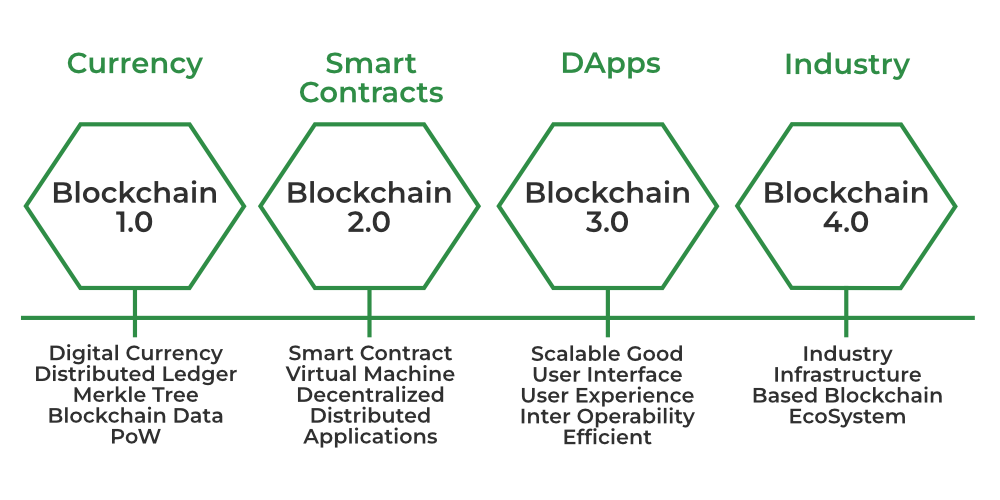