Congestion occurs when packets’ arriving rate is faster than packets forwarding speed. The router has input and output ports. Thus congestion can happen at any port depending upon the speed of switching fabric. 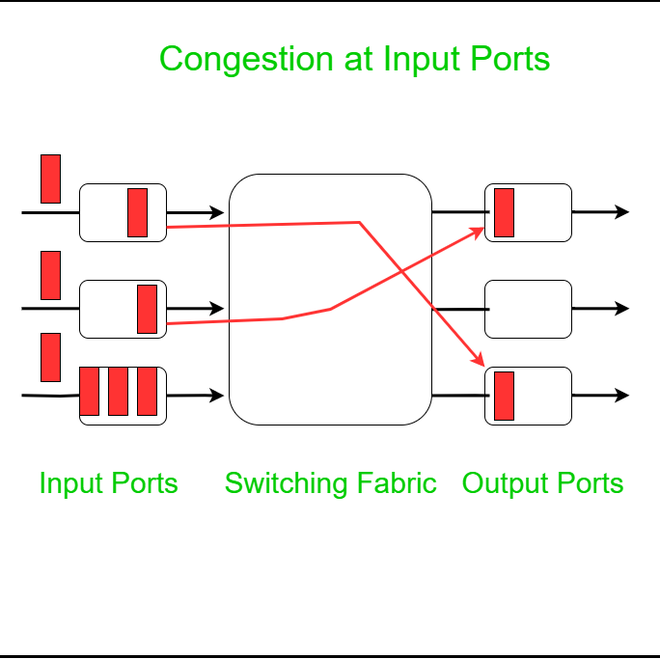 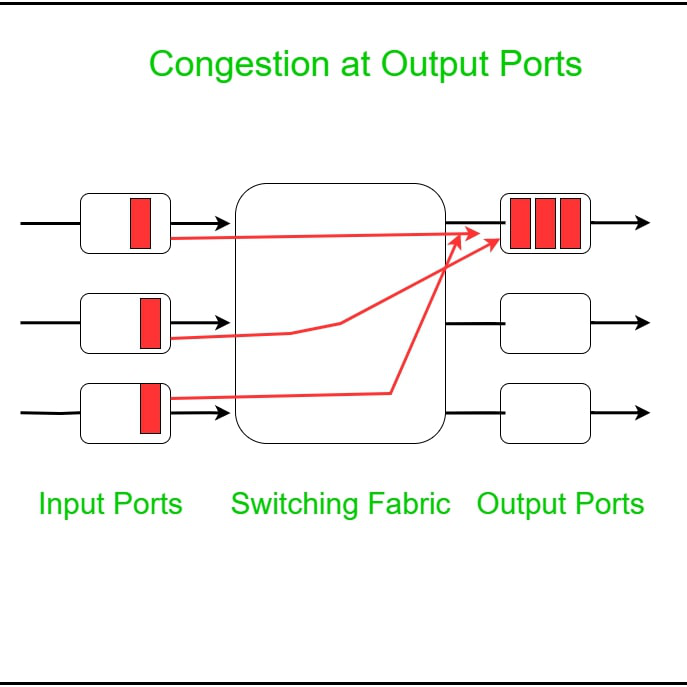 Queue management is also known as queue disciplines (qdiscs). It can be classified into two types. 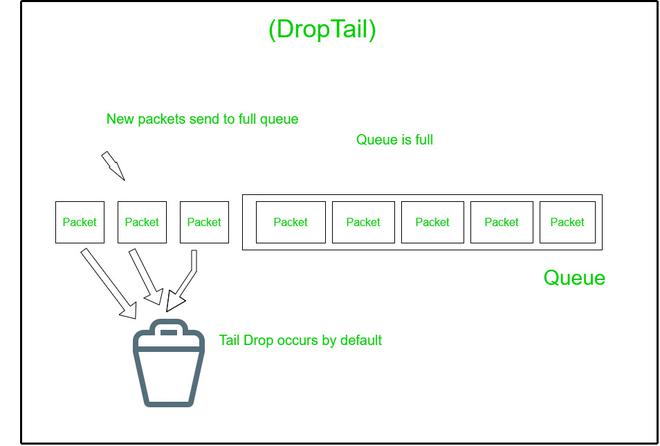 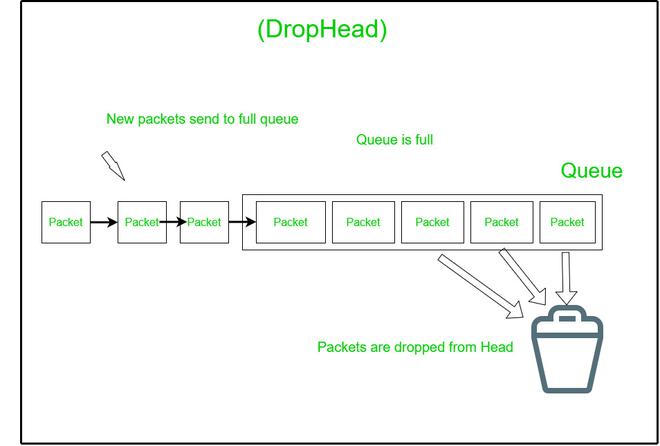 As the name suggests, it drops the packets from a random ‘position’ in the queue. A random number is generated and the packet at that index is dropped. This gives a fair chance to every packet to stay in the queue. Question: What is the advantage of using Random Drop? If we drop the packets from the head, then we are hurting the long-lasting flows. If we drop the packets from the tail, we are hurting the time-sensitive flows. So, to be fair with both types of flows, we randomly select one packet and drop it. Let fate decide which packet will get dropped and which flow will get hurt. 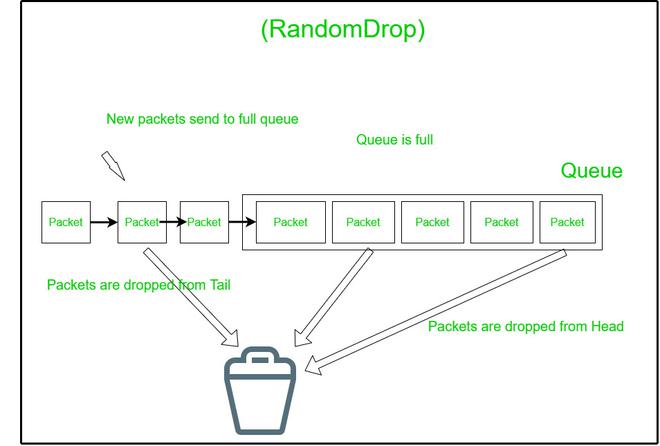 PQM suffers from many limitations. It does not control congestion. Packet drop occurs, it can’t control the packet drops. It comes into action when the situation is bad. It is proactive in nature thus suffers from drawbacks. Three major drawbacks are listed below.

DropTail allows a few flows to monopolize the queue space. These flows are typically long-lasting flows (a.k.a ‘elephant’ flows). Short flows (a.k.a mice flows) do not get sufficient space in the queue due to the large occupancy of long-lasting flows. Packets of short flows get dropped. This phenomenon is called ‘Lock Out’. Note that DropHead is the solution to this problem but not 100%. DropHead drops the packets from the head of the queue and allows one packet of short flows to enter at a time. But how much space this DropHead is making? Very less compare to the size of the queue. Still, the majority of the space is held up by the long-lasting flows. Since short flows are not getting space in the queue, their packets will constantly get dropped and this is called a lockout.

Memory prices have fallen sharply. This problem existed earlier also but never became serious because of the memory size and price. In 2005, the maximum RAM capacity was 256 MB, but today it is 8 GB minimum. Hence, buffering capacity has increased. Excessive buffering leads to ‘high queuing delays. It was reported that queuing delays sometimes rise so much that TCP RTO expires! Time-sensitive applications are the worst affected ones due to bufferbloat.