Groupby is a pretty simple concept. We can create a grouping of categories and apply a function to the categories. It’s a simple concept but it’s an extremely valuable technique that’s widely used in data science. In real data science projects, you’ll be dealing with large amounts of data and trying things over and over, so for efficiency, we use Groupby concept. Groupby concept is really important because it’s ability to aggregate data efficiently, both in performance and the amount code is magnificent. Groupby mainly refers to a process involving one or more of the following steps they are:

The following image will help in understanding a process involve in Groupby concept.
1. Group the unique values from the Team column

2. Now there’s a bucket for each group 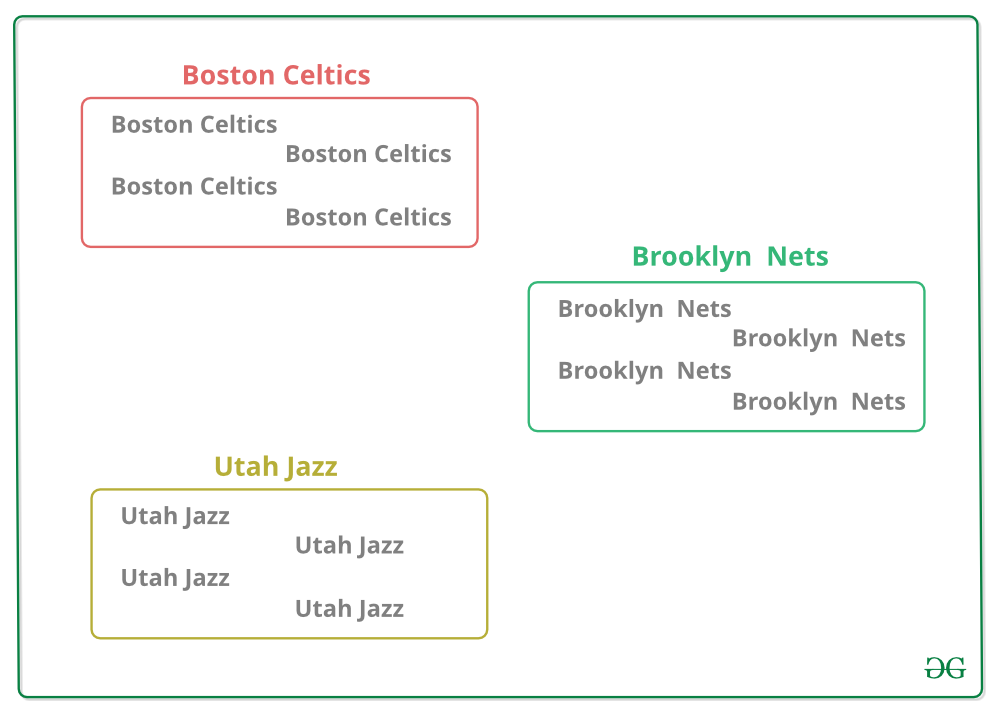 3. Toss the other data into the buckets

4. Apply a function on the weight column of each bucket. 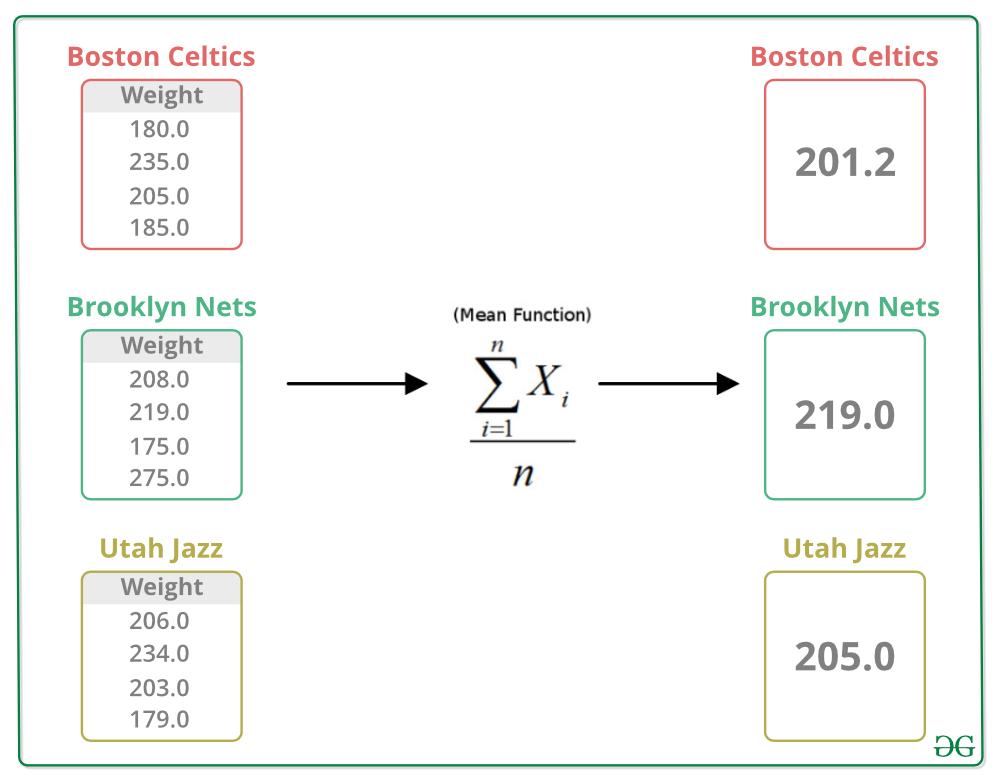 Now we group a data of Name using groupby() function.

Now we print the first entries in all the groups formed. 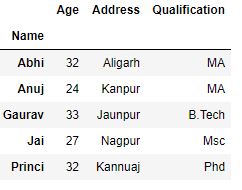 Now we group a data of “Name” and “Qualification” together using multiple keys in groupby function.

Now we apply groupby() without sort

Grouping data with object attributes :
Groups attribute is like dictionary whose keys are the computed unique groups and corresponding values being the axis labels belonging to each group.

Now we group data like we do in a dictionary using keys.

In order to iterate an element of groups, we can iterate through the object similar to itertools.obj.

Now we iterate an element of group in a similar way we do in itertools.obj. 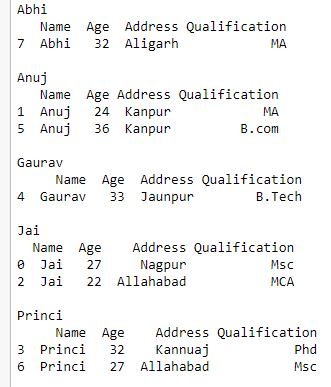 Now we iterate an element of group containing multiple keys


Output :
As shown in output that group name will be tuple 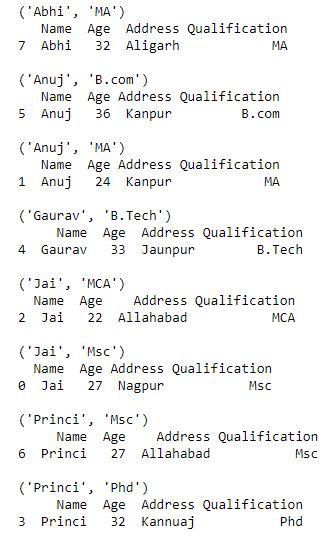 Now we select an object grouped on multiple columns

After splitting a data into a group, we apply a function to each group in order to do that we perform some operation they are:

Aggregation :
Aggregation is a process in which we compute a summary statistic about each group. Aggregated function returns a single aggregated value for each group. After splitting a data into groups using groupby function, several aggregation operations can be performed on the grouped data.
Code #1: Using aggregation via the aggregate method 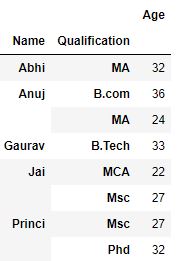 Now we apply a multiple functions by passing a list of functions. 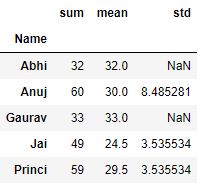 Applying different functions to DataFrame columns :
In order to apply a different aggregation to the columns of a DataFrame, we can pass a dictionary to aggregate .

Now we apply a different aggregation to the columns of a dataframe. 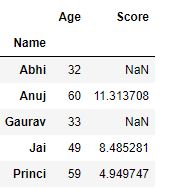 Transformation :
Transformation is a process in which we perform some group-specific computations and return a like-indexed. Transform method returns an object that is indexed the same (same size) as the one being grouped. The transform function must:

Now we perform some group-specific computations and return a like-indexed. 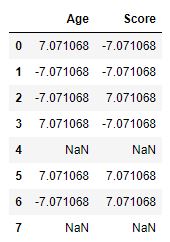 Filtration :
Filtration is a process in which we discard some groups, according to a group-wise computation that evaluates True or False. In order to filter a group, we use filter method and apply some condition by which we filter group.

Now we filter data that to return the Name which have lived two or more times . 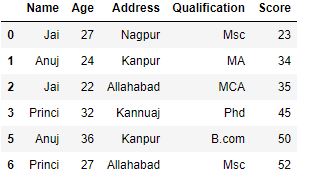