Package in Java is a mechanism to encapsulate a group of classes, sub packages and interfaces. Packages are used for:

All we need to do is put related classes into packages. After that, we can simply write an import class from existing packages and use it in our program. A package is a container of a group of related classes where some of the classes are accessible are exposed and others are kept for internal purpose.
We can reuse existing classes from the packages as many time as we need it in our program.

Package names and directory structure are closely related. For example if a package name is college.staff.cse, then there are three directories, college, staff and cse such that cse is present in staff and staff is present college. Also, the directory college is accessible through CLASSPATH variable, i.e., path of parent directory of college is present in CLASSPATH. The idea is to make sure that classes are easy to locate.
Package naming conventions : Packages are named in reverse order of domain names, i.e., org.geeksforgeeks.practice. For example, in a college, the recommended convention is college.tech.cse, college.tech.ee, college.art.history, etc.

Adding a class to a Package : We can add more classes to a created package by using package name at the top of the program and saving it in the package directory. We need a new java file to define a public class, otherwise we can add the new class to an existing .java file and recompile it.

Subpackages: Packages that are inside another package are the subpackages. These are not imported by default, they have to imported explicitly. Also, members of a subpackage have no access privileges, i.e., they are considered as different package for protected and default access specifiers.
Example :

util is a subpackage created inside java package.

Accessing classes inside a package 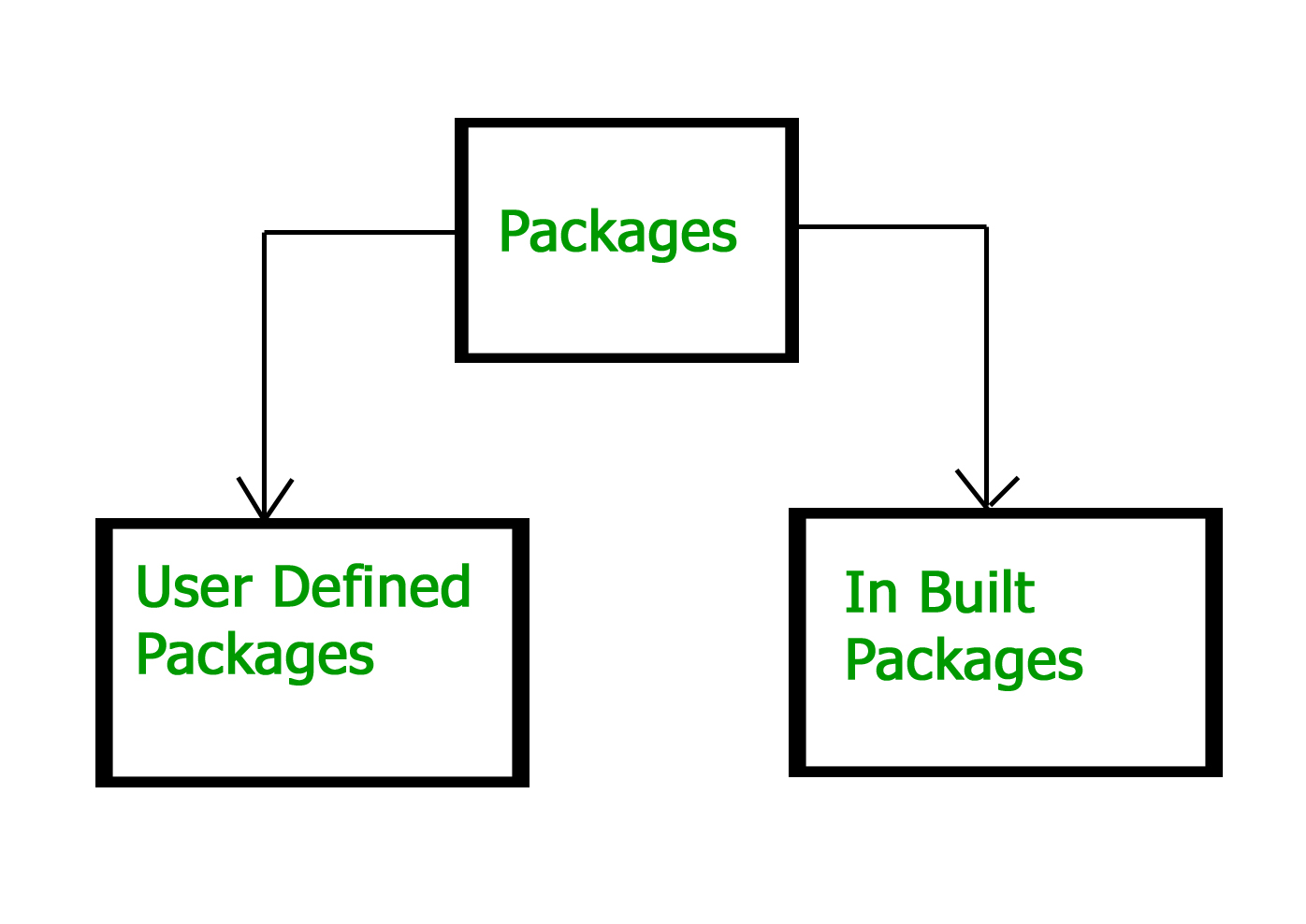 User-defined packages
These are the packages that are defined by the user. First we create a directory myPackage (name should be same as the name of the package). Then create the MyClass inside the directory with the first statement being the package names.

Now we can use the MyClass class in our program.

Note : MyClass.java must be saved inside the myPackage directory since it is a part of the package.

Static import is a feature introduced in Java programming language ( versions 5 and above ) that allows members ( fields and methods ) defined in a class as public static to be used in Java code without specifying the class in which the field is defined.
Following program demonstrates static import :

The only time we need to pay attention to packages is when we have a name conflict . For example both, java.util and java.sql packages have a class named Date. So if we import both packages in program as follows:

The compiler will not be able to figure out which Date class do we want. This problem can be solved by using a specific import statement:

If we need both Date classes then, we need to use a full package name every time we declare a new object of that class.
For Example:

The package name is closely associated with the directory structure used to store the classes. The classes (and other entities) belonging to a specific package are stored together in the same directory. Furthermore, they are stored in a sub-directory structure specified by its package name. For example, the class Circle of package com.zzz.project1.subproject2 is stored as “$BASE_DIR\com\zzz\project1\subproject2\Circle.class”, where $BASE_DIR denotes the base directory of the package. Clearly, the “dot” in the package name corresponds to a sub-directory of the file system.

The base directory ($BASE_DIR) could be located anywhere in the file system. Hence, the Java compiler and runtime must be informed about the location of the $BASE_DIR so as to locate the classes. This is accomplished by an environment variable called CLASSPATH. CLASSPATH is similar to another environment variable PATH, which is used by the command shell to search for the executable programs.

Setting CLASSPATH:
CLASSPATH can be set by any of the following ways:


Making use of both the created packages:
File name – Testing.java

Now having a look at the directory structure of both the packages and the testing class file: 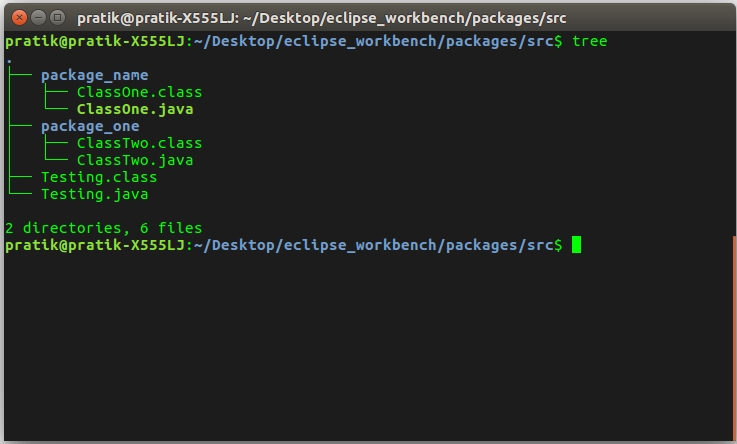 Related Article: Quiz on Packages in Java
Reference: http://pages.cs.wisc.edu/~hasti/cs368/JavaTutorial/NOTES/Packages.html
This article is contributed by Nikhil Meherwal and Prateek Agarwal. If you like GeeksforGeeks and would like to contribute, you can also write an article using write.geeksforgeeks.org or mail your article to review-team@geeksforgeeks.org. See your article appearing on the GeeksforGeeks main page and help other Geeks.